First teaser of the new Maserati Grecale 2021, the second sports SUV of the Trident brand. Those of Modena have started with the advances of the model, covered in an attractive blue camouflage. A few bursts at full speed that prevent you from seeing the final design, but also leave some details exposed.

It is one of the most anticipated novelties of 2021, the Maserati Grecale, a model with which the brand from Modena begins a new era by standing up to the SUVs of the D segment, dominated by the Germans although concentrated on the Porsche Macan. The second SUV from the Trident firm It is already making itself known in the first teasers, and the little that is seen does not seem to disappoint much.

The advances of the Grecale reveal some very balanced proportions, with a design that follows the line of the main German rival, fitting perfectly with the mockup leaked during model announcement and the presentation of the future “Folgore”. As the electric versions of Maserati will be known. A very high front, with the headlights extending towards the fins and in a lower position the radiator grille. 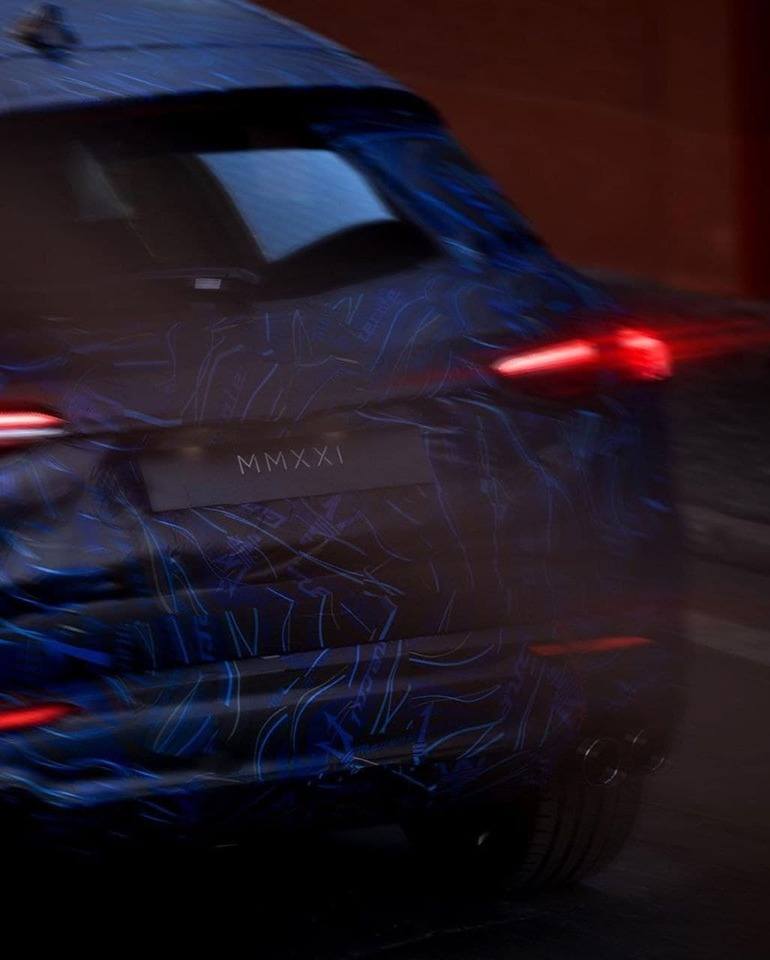 Detail of the rear of the new Maserati Grecale 2021, elegant and aggressive with four exhausts

On both sides it will have generous air intakes. Shod on big alloy wheels, the roof line descends gently towards the rear, with a sloping rear window and large headlamps. The four exhausts grouped in two pairs confirm one of the most powerful versions. Furthermore, the inscription “MMXXI” marks its premiere in 2021.

The Grecale is a sporty SUV that, despite being based on Alfa Romeo’s Giorgio platformIt shows that it doesn’t have to be a coupe. And it is what the Italian stylites have printed, a style very similar to the Macan. The perfect harmony achieved by the German brand, but with the special touch of Italian elegance and sportiness. A concept that we will also see inside, from which a major revolution is expected.

The new Grecale will debut in late spring, although it will be on sale at the end of the year as model 2022. The range will start with the 2.0-liter turbocharged four-cylinder petrol engine with 48 Volt technology and maximum powers of 280, 330 and 350 hp, all with all-wheel drive and 8-speed automatic transmission. The offer will include a hybrid and a top-of-the-range version, the Grecale Trofeo, with a new six-cylinder turbo engine based on the «Nettuno».