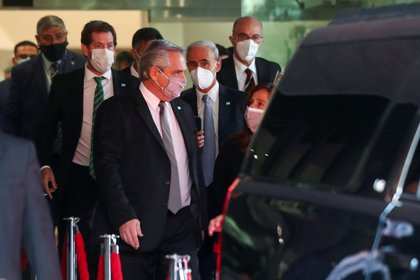 (Special envoy to Mexico). Alberto Fernández yesterday maintained contact with Cristina Fernández de Kirchner, Santiago Cafiero and Carla Vizzotti to learn about the political repercussions of a public scandal that has already affected the Peronist government. The head of state believed that the resignation of Ginés González García implied the sudden death of the VIP Vaccination affair, but the appearance of Carlos Zannini as an extraordinary beneficiary was a treacherous stiletto that caused an abrupt change in the presidential strategy.

Alberto Fernández was having breakfast at the Presidente de México hotel (Polanco neighborhood) when he observed a breaking news on his cell phone that reported on the VIP application of the Sputnik vaccine to attorney Zannini, the legal mastermind of Vice President Fernández de Kirchner .

“I didn’t know about Zannini. I was surprised “said the President before meeting with powerful Mexican businessmen summoned to analyze the economic situation in Argentina and the world.

Cecilia Todesca -Vice Chief of Cabinet- and Martín Guzmán -Minister of Economy- explained to local businessmen their view on the current economic plan and projected the future growth of Argentina. “I want them to invest, to produce, to provide work and to pay taxes,” said Alberto Fernández when the meeting concluded.

The President happily ended his meeting with Mexican companies, but the smile lasted for a snap of his fingers. It was no longer Zannini, who is a VIP vaccinated, now it was the turn of Lisandro Bonelli – Ginés González’s nephew and Chief of Staff -, who appeared in the official records distributing vaccines among friends and trained. Bonelli was always resisted by the President’s tighter circle. They accuse him of financing media operations against Vizzotti, revealing secret documents to harm the Pfizer company and ordering the installation of the VIP Vaccination in the Health portfolio.

Gines’ powerful nephew has already resigned from the ministry Vizzotti now runs. But his role in the VIP vaccinated scandal may bring more headaches to the Casa Rosada.

Bonelli is a provincial deputy -elected from 2017 on the list of Sergio Massa’s Renovation Front-, and has a license as a legislator until April of this year. He wishes to return to the Buenos Aires legislature, despite his relationship with the VIP vaccinated and the VIP vaccinated.

“Do not. He will not return as a provincial deputy. It is a political decision made. Bonelli is looking for work, and I do not think he will get it quickly, ”boasted a member of the delegation who has the strict confidence of the President. 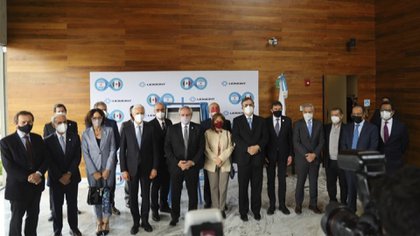 Alberto Fernández and the official delegation visited the Liomont laboratories, where the manufacturing process of the Oxford-AstraZeneca vaccine is finished

When Alberto Fernández and the official delegation were preparing to visit the Liomont laboratories, where the manufacturing process of the Oxford-AstraZeneca vaccine is closed, a new political event multiplied the public repercussion of the VIP vaccination center and its beneficiaries with power relations.

Tired of the informative drip with the names of those vaccinated by the management of Ginés González García and Bonelli, andThe head of state ordered Vizzotti to prepare a final list with all the officials, friends and relatives who had come to the Posadas Hospital to apply Sputnik V.

“Let’s do what we have to do. Let’s publish all the information we have and close this chapter, “said Alberto Fernández at the Intercontinental hotel.

The Health Minister rushed to make the list – there was no official file loaded with all the names – and sent it nonstop to Mexico City. At 3.30 pm (local time) the payroll was authorized to be published in the official Telám agency, and then that list from the Health portfolio was distributed as quickly as possible to dozens of journalists who had already been alerted.

It was a media bomb that shocked the official delegation and transformed the first day of the tour into almost a simple diplomatic anecdote. The payroll mentioned -for example- Minister Guzmán, the President’s photographer, Eduardo Duhalde and his family, Daniel Scioli, and the nephew Bonelli. It was a list that did not distinguish the reasons for the vaccination at Posadas and that it did little to encapsulate the political scandal and block the news leak. 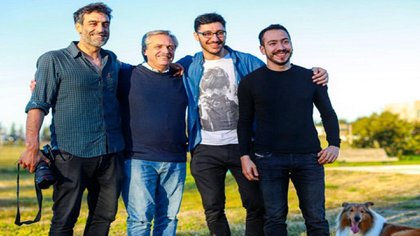 Alberto Fernández and the presidential photographer Esteban Collazo, who received the Sputnik V vaccine at the Posadas Hospital

Guzmán has a good humor and calm manner. But yesterday he was fired up by the inclusion of his name and his trusted advisers in a list that mentioned Duhalde and Topo Devoto, a Kirchnerist political operator with moonlighting. The minister demanded an official clarification, and the harsh response was simple: “Banking. This is how this work works ”.

However, and if there are no last minute changes, the Government would clarify the institutional situation of Guzmán and his trusted staff of the Palacio de Hacienda.

Guzmán is not the only member of the official delegation who felt the impact of the list of 70 who were vaccinated at the Posada. Esteban Collazo is the presidential photographer and the vaccine was applied by order of Alberto Fernández’s personal doctor.

Last night, in the lobby of the Intercontinental hotel, Collazo repeated like an old litany: “I did nothing, they ordered me to administer the vaccine. I live next to Alberto (Fernández), and we have to take care of ourselves ”.

Afterwards Collazo ran between security agents to record the President’s embrace with Tata Martino, current technical director of the Mexico national team. Together with Fabiola Yañez, the three ate at a hotel restaurant.