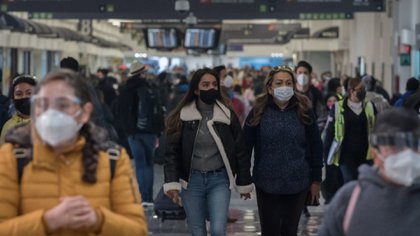 Around the world, various countries have implemented measures to mitigate the spread of COVID-19 within their territories, among which the restrictions on air travel of tourism and non-essentials.

According to the International Air Transport Association (IATA), these are some of the most important nations in the world that have imposed measures on mexican citizens, as the travel ban or other measures to avoid the increase of infections among its population.

– U.S. While there are no restrictions for Mexicans to make air travel to the United States, the government of that country recently announced that it will begin require a negative test for coronavirus before boarding the plane that takes them to their destination.

– Argentina. Mexican citizens may enter as long as they are spouses, domestic partners, parents, siblings or children of Argentine nationals and must present a proof that proves said relationship. In addition, they must show a medical certificate with negative result for COVID-19. 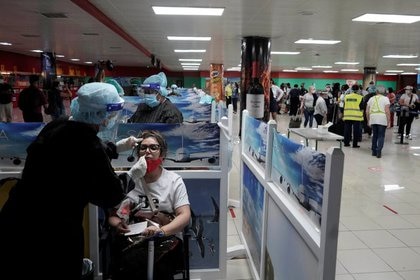 – South Africa. Passengers must have a medical certificate with a negative coronavirus test result.

– South Korea allows the entry of Mexican travelers, but they must present negative COVID-19 test result, which must have been done 72 hours prior to departure.

Despite the high numbers of infections in Mexico, the health authorities have shown a position contrary to the measure of imposing border restrictions, since they have relied on arguments that they would not be something functional for the control of the pandemic.

In April, the Undersecretary of Prevention and Health Promotion, Hugo Lopez-Gatell, said they had no plans to close the borders to travel, because within the country there was already enough transmission, “so that there is no benefit to close. On the other hand, it would affect the supply of inputs and the transit of people ”. 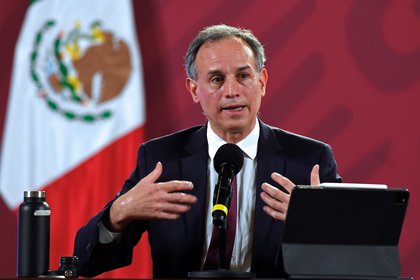 He also highlighted that while there is a widespread public view that making this decision can put a physical barrier to epidemics, “there is no scientific or historical proof that these types of measures have some kind of utility ”.

Recently and after the spread of the mutation originating in the United Kingdom, the official explained that nor would they impose forced quarantines on travelers arriving in Mexican territory, since they consider that the evidence does not certify that these actions could be a “mitigating mechanism” faced with a pandemic of such proportions.

For the above, he said, there is no difference between the arrival of ten or 600,000 people, since those who travel are generally because they feel and are in good health, so people at risk of being carriers of the virus may be only a minority.

It is worth mentioning that this has been taken advantage of by United States citizens, who have ignored their government’s recommendations on do not travel to Mexico, a country to which they are attracted because “the restrictions on the coronavirus are more flexible“, Which offers” a little normality to their lives”According to The New York Times.

This situation generated that according to the World Tourism Organization (UNWTO), Mexico will become the third most visited country, only behind Italy and France.

US trips to Mexico increase due to its “flexible measures” in the face of COVID-19: The New York Times

In the year COVID-19, Mexico will become the third most visited country in the world: UNWTO