Home>World>The ‘limbo’ generation that still has no chance of receiving the vaccine:

Spain starts the week with several modifications in the vaccination campaign against Covid in an attempt to speed up the program and make it into the summer with the 70% of the vaccinated population.

The campaign has not rested during the Easter holidays, when a million doses of AstraZeneca arrived in the country, nor will it do so this Easter Monday, with the arrival of 1.2 million doses of Pfizer BioNTech. The Communities are preparing for mass vaccinations in ever larger enclosures (in Madrid the WiZink Center is joining this Monday) in order to accelerate and reach the figure of 24 million vaccinated by the end of June.

In two weeks he hopes to finish the strip of over 80 years, continue with the inoculation of essential personnel and has started to put the AstraZeneca to the general population aged 65 years and minors. In addition, by the middle of the month the arrival of the Janssen single-dose vaccine, which will also be used for older people

However, today there is a collective that is in limbo: the people between 66 and 79 years of age. Older for receive the AstraZeneca, but they also do not fall into the group over 80, who are receiving messenger RNA vaccines (Pfizer BioNtech and Modern). 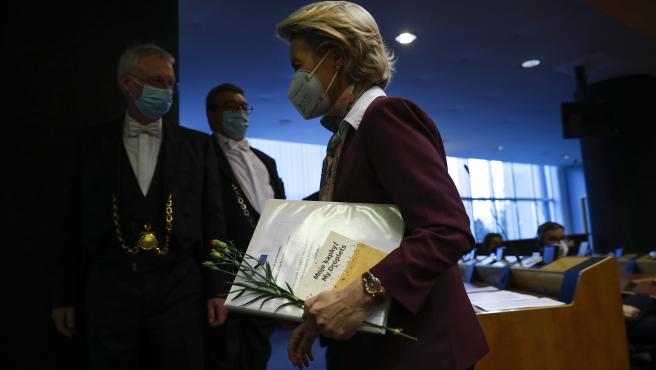 Within the Health plans, it is the next group to be inoculatedWith those two shots and with Janssen’s. According to the most recent update of the strategy, they are within group 5, vulnerable people due to their age, not residents of nursing homes.

But for now they are still waiting. Only 3.8% of people in this age group have been vaccinated, almost all of them because they are high-risk patients or belong to groups such as essential workers or the Armed Forces. This has generated many doubts, concerns and even pessimism in many people. 20 minutes he has interviewed some of them. All are retired and none have received an appointment to be vaccinated.

Manuela Leon She is 68 years old, retired and lives in Getafe (Madrid). It has hypertension problems, but in this pandemic year it has not been infected.

“We are frozen”, responds about the prospect of receiving the vaccine soon. Like many other people, he has many doubts about the aftermath of the inoculation and admits that he is “a little scared” if the AstraZeneca is finally assigned to him. “I have heard that at the moment the vaccine is effective, but that in the long run it is not known a lot of side effects. “

However, she is willing to go to the appointment when called (“with great suspicion, but what are we going to do”) but criticizes the way in which the campaign is being managed, in which there is a lack of more information and clarity from the authorities on the management of vaccines in particular and the pandemic in general.

“Nobody knows what is going to happen with the Covid, nor do they clarify themselves. But in the meantime, we are all paying the price”

“Nobody knows what is going to happen with the Covid, nor are they clarifying themselves,” he says. “But meanwhile, we are all paying the duck. ”

“I hope they don’t let me down”

Rafael Herrera is a retired computer scientist from 66 years who lives in Madrid’s Palacio neighborhood. Gets on the phone from the outskirts of the Wanda Metropolitano, as he has accompanied his wife, 64, who has been summoned for the vaccine.

None of them is essential staff, no vulnerable group nor any other circumstance that gives them priority in vaccination. Your wife has received the call for the AstraZeneca for being under 65, although he is out of the moment of that possibility. “I hope that do not leave me lying “, comments.

Rafael says he is looking forward to receiving the medicine soon. “I’m calm. Well, angry, but not for thisbut for the management of the pandemic. “

“It is not known what will happen, we are a bit in limbo, and who can we turn to to find out?”

The former computer scientist also criticizes the confusion generated by so many changes in vaccination plans. “Every day you wake up with something new, there is a lot of uncertainty, “he says.” It is not known what will happen, we are a bit in limbo, and who can we turn to to know? 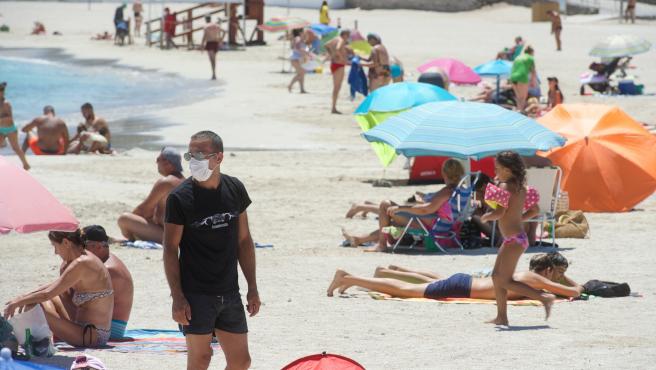 On the doubts that the AstraZeneca vaccine, that his wife is receiving while talking to this newspaper, Rafael indicates that what is really important is that most of the population is vaccinated. “MY wife is delighted that they called her.”

And, he adds, the reaction that medications can make vary from one patient to another and cannot be generalized. “Does anyone know if the Moderna vaccine going to give problems? What suits one person to another may not, it all depends on each person. “

Rafael ends by commenting on the operation in the Metropolitan: “There is no fuss, people are very well, keeping their distances, pretty well organized. “

“There are no vaccines”

For Juan Carlos Tuya, 70 years old and a resident of Getafe, the problem in the immunization of people his age is clear: “There are no vaccines, it is clear. It is the main problem. “

Juan Carlos believed that he was going to have some kind of preference for his condition: have a kidney transplant, which forces him to take immunosuppressants, but this has not been the case. Low defenses do most vulnerable to coronavirus and to any disease.

In fact, his transplant was not easy. He had two rejections, and on the third, nine years ago, his body responded.

Fortunately, it has not had major problems during the pandemic. In fact, it has even been able take his 97-year-old father and who lives with him, to be vaccinated. He received the second dose last week.

But during this emergency year his activity has been low. It only goes out to what is strictly necessary, such as making a purchase or to the doctor, but little else.

“I have not entered a cafeteria for a coffee for a year,” he says. “Before I ate with my daughter and my grandchildren every Sunday, and now I haven’t seen them for a year now, so I’m looking forward to getting vaccinated. “

But one thing Juan Carlos has noticed, and that is that in medical centers, where he sometimes has to go for tests or consultations, the measures have been relaxed. More crowded waiting rooms, less use of gel and no one takes the temperature any longer when entering. At least in the medical centers he has been to lately.

“It seems that since they have been vaccinated, the toilets have lost their fear “, He says. “We treat patients with less care than in the first wave.”

Teresa Losada is a retired university professor who lives in Pozuelo (Madrid). He is almost 75 years old, he has just undergone a coronary operation and is very critical of Pedro Sánchez’s Executive, whom he blames for not having “raised his face” to get more vaccines or not to make important decisions, such as controlling the borders more

“I see it black I do not think it is easy for the Government to obtain vaccines for us, the intermediate ones, “he estimates.” Spanish vaccine, within two years “.

“I do not think it is easy for the Government to get vaccines for us intermediate. They will end up giving us the Spanish vaccine, within two years”

He believes that the Government could have better defended the interests of the country and “show its face” to get more doses. “It’s a shame, they don’t do anything.”

Given these results, he believes that it would have been better if the Autonomous Communities negotiate on their own the acquisition of vaccines, instead of depending on the central government. As Madrid did in the first moments of the pandemic, he adds, to get masks and medical supplies.

“The pandemic was initially managed by the Government, the so-called sole command, then it was when there were neither PPE nor masks and the toilets were seen forced to resort to garbage bags “, remember.

After a year of pandemic, Teresa says she is tired of the situation and wants to get vaccinated to recover a little of the lost normality.

“It is urgent for me to get vaccinated for safety, to deal with my grandchildren without worries “, indicates. “I would hug more, no doubt. That’s why I need her.”