Talking about rotary engines necessarily implies talking about Mazda, the only manufacturer that has really managed to carry out a project for the development and commercialization of automobiles with rotary engines, maintain it over time, throughout different generations of products and eras, and even to achieve that this mechanic holds a privileged place in the history of motorsport today. But The rotary engine also leads us to many other exciting projects, from manufacturers such as Mercedes-Benz, which, had they materialized, could well have transformed the history of the automobile we know.. 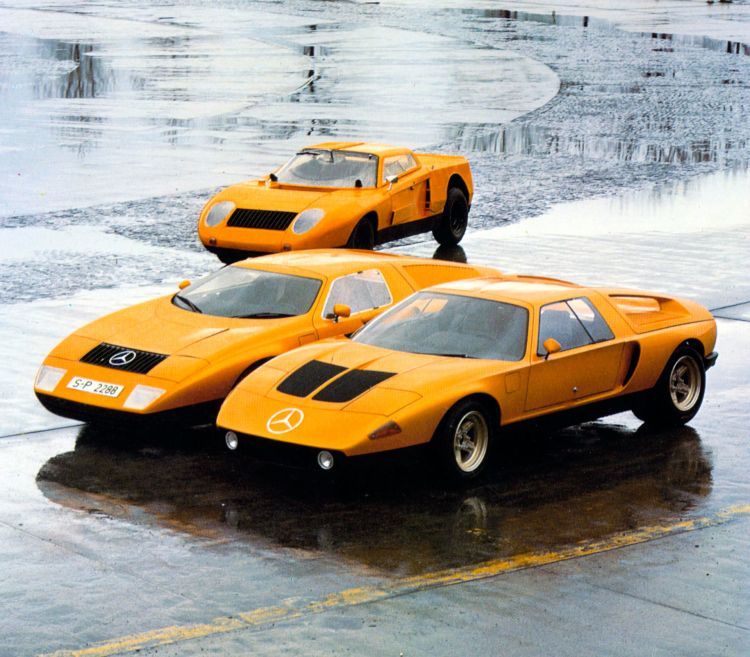 The most seasoned reader probably remembers the best known project in which Mercedes-Benz worked on the development of rotary engines, that of the experimental vehicles C-111. Mercedes developed a rolling test lab or, rather, several prototypes that served as a test bed to develop various technologies and, along the way, break different records.

The Mercedes C-111s were used to test rotary engines with three and four rotors, supercharged diesel and gasoline engines and even a diesel capable of exceeding 300 km / h.

At the end of the sixties, Mercedes-Benz developed a laboratory on wheels in which it investigated the possibilities of the rotary engine 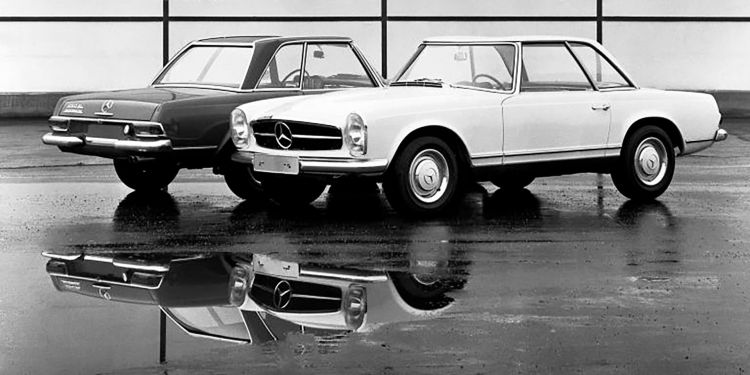 What is not so well known is that Mercedes-Benz has also been testing since the sixties, and in parallel with the development of the C-111, several Mercedes SL mules with rotary engine, first on the W 113 generation, and already in the seventies on the R 107. Although the W 113 was far from designed to use a rotary engine, Mercedes-Benz was testing a W 113 mule with a three-rotor engine and the code name W 33-29. 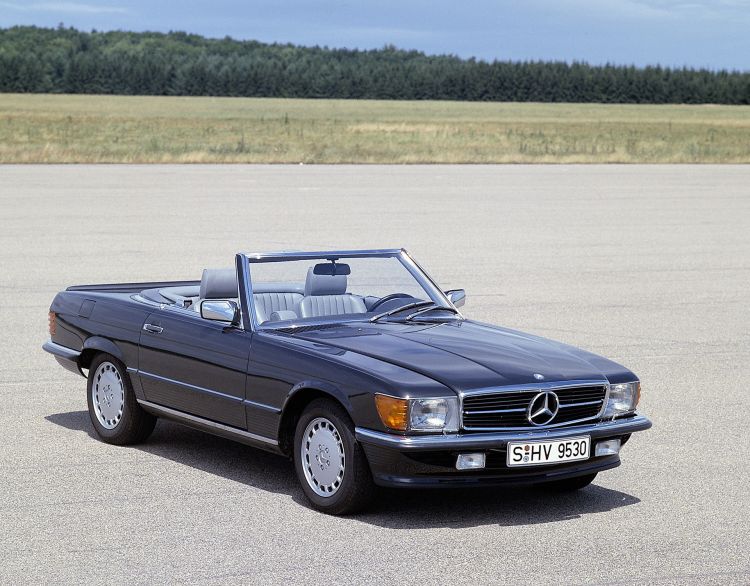 Initially, there was no intention of installing rotary engines in the SL W 113. The case of its successor, the SL R 107, which hit the market in 1971, was quite different. From the beginning, its transmission and the transmission tunnel itself were designed to accommodate a rotary engine and match the position of its crankshaft

After two months and four days of work, Mercedes-Benz created a test mule of the R 107 with a four-rotor rotary engine in 1971, which would be known internally as 48-33. That SL with rotary engine delivered nothing more and nothing less than 277 hp of power.

In its design requirements, Mercedes-Benz developed an R 107 that was technically adapted to accommodate a rotary engine. 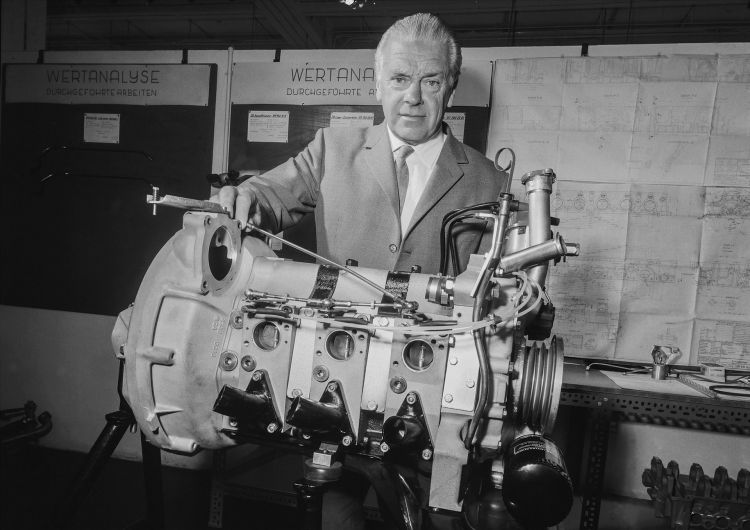 Mercedes-Benz acknowledges that none of those rotary-engined SL test mules have survived to this day. But do remember that There should still be a Mercedes SL R 107 with a rotary engine, Felix Wankel’s own.

According to Mercedes-Benz, during the development of the Mercedes rotary engine, Felix Wankel contacted the development manager of the star brand, Hans Scherenberg, and commissioned him to install a four-rotor engine in his brand new SL R 107. The German publication Auto Motor Und Sport produced a report in November 1979 in whose test they certified a 0 to 200 km / h of 25.9 seconds and a maximum speed of 240 km / h. 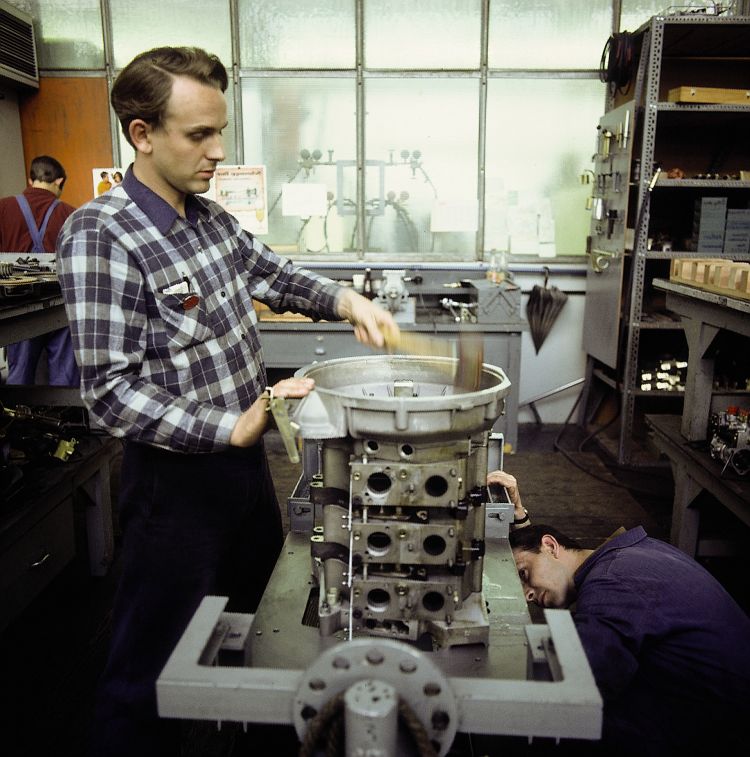 As we told you, the possibility that Mercedes-Benz had produced rotary-engined sports cars was up in the air, much closer than this server could have imagined. But we already know the outcome of this story and the reason why Mercedes-Benz never produced an SL R 107 with a rotary engine can be imagined.

The Hans Scherenberg team confirmed the benefits of the rotary engine, but also its drawbacks, including an estimated consumption 50% higher than a cylinder engine in equivalent vee. The context is also important. The development of the Mercedes-Benz rotaries coincided in time with the first oil crisis and a time of transformation of the paradigms that for so long guided the future of the automotive industry.

So that, At the beginning of 1976, Mercedes-Benz decided to finalize its rotary engine development project.