FX Interactive is one of the best known Spanish video game publishers and developers in our borders. She was in charge of launching ‘Imperivm – The Great Battles of Rome’ (FX Interactive and Haemimont Games), which back in 2005 and the following years managed to become one of the most popular real-time strategy games. Much has happened since then and now the game is looking to be reborn in HD and with even bigger battles thanks to a Kickstarter campaign.

The new project, after which are Juan Carlos Caballero (Adonías) and Pablo Ruiz Tejedor, founder of FX Interactive, has as its official name ‘Imperivm RTC – HD Edition Great Battles of Rome‘and aims to become a gigantic strategy game for both single and multiplayer players. This is all that this new game promises that we hope to see on the market by June 2021.

Battles are more epic when they are bigger

‘Imperivm RTC – HD Edition Great Battles of Rome’ is currently on closed beta phase. 25,000 people participate in it, so we are talking about the “largest beta in our country”, as explained by the company. The idea is for users to provide feedback and bug reports to polish the game for the final release.

The game will be fully translated and dubbed into Spanish, Italian and English

For the HD version of this great classic, Adonías and Ruiz Tejedor promise a 40% larger battlefield, which will allow you to move and manage more units and, therefore, access much more epic battles. But not only that, but there will also be a dedicated multiplayer server based on the AWS infrastructure (Amazon Web Services). 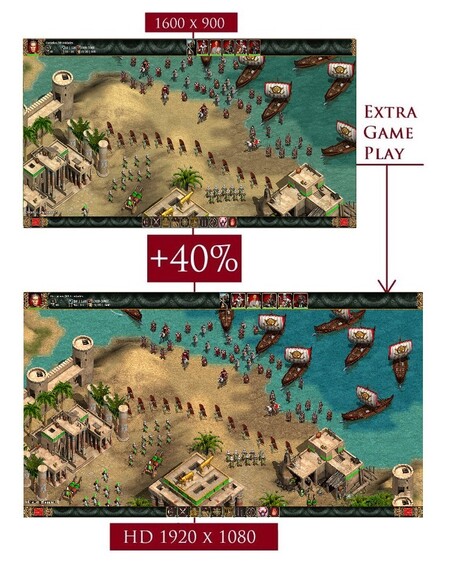 The field of view is larger and allows you to control more units at the same time.

In each session they can play up to eight people in combats of up to four against four, control seven civilizations, manage up to 90 unique warriors and mount battles of up to 5,000 troops fighting simultaneously on maps that will be spread throughout the Roman Empire. A gigantic a priori game that basically improves the recipe seen in the original edition.

The game will allow you to experience some of the great battles that forged the Roman Empire, beginning in the 3rd century BC and the first bars of the Roman Republic until the 2nd century AD, when the Roman Empire was in full swing. We will be able to experience the landing in Africa of Hannibal (204 BC), the siege of Numantia (134 BC), the conquest of Britannia (77 AD) and the battles of Marcus Aurelius against the barbarian troops (167 AD), among many other battles in which we can control the Romans or their enemies. 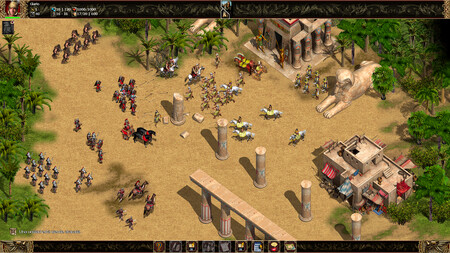 For the new version of the game, work has been done on improving artificial intelligence (so that they can ambush us from different fronts, for example) and make the game more precise and demanding with more than 100 balance settings. For the design of the game, a documentation process has been carried out in order to draw the troops and buildings as accurately as possible. AWITA Art Studio, the Canarian studio led by the brothers José and Javier Charro, also participates in this process.

As previously stated, ‘Imperivm RTC – HD Edition Great Battles of Rome’ is currently seeking funding on Kickstarter. The objective is get 35,200 euros and currently 14,384 euros have already been raised thanks to 533 sponsors. There are still 14 days ahead. The game is expected to launch in June 2021.