After more than 30 years out of the market, the last of the Ferrari Testarossa that were originally used during the filming of Miami Vice appears for sale. This specimen has belonged to collector Preston Henn, who recently passed away, since the end of the filming of the series.

The anecdote of the Ferraris employed in the series Corruption in Miami (Miami Vice) is well known. Enzo Ferrari was furious when he saw that a terrible black replica of the Ferrari Daytona Spider appeared in the series, so after a brief legal dispute, the producers decided to use the new mid-engine Gran Turismo from the Maranello firm, the Ferrari Testarossa.

Some say that the production company was forced to purchase these models to calm Enzo Ferrari, while others claim that they were really transferred by the Italian firm. The only thing we know for sure is that two copies of the Testarossa were used. during the rest of the filming of the series. Which undoubtedly contributed to this becoming the most famous model of the decade, being today a design icon of the eighties and one of the most iconic automobile silhouettes in history.

The actors Don Johnson and Philip Michael Thomas with one of the Testarossa.

For the filming of the series, two original copies of the Ferrari Testarossa that arrived from Maranello in black were used, although Michael Mann, director of the series, soon he ordered to paint them white to make them more visible during the numerous nightly chase scenes on the streets of Miami. Although for this they also created a replica based on a De Tomaso Pantera that we already talked about in depth a few years ago and whose purpose was to take the most risky shots to preserve the original copies, tremendously expensive to repair in the event of an accident.

The two original copies survived the filming of the series and passed into private hands. After many years out of the public eye, one of them returned to the market recently, the one with the chassis number # 0063631, which tried to be sold a couple of times before it was auctioned by Barrett-Jackson in 2017. Interestingly, the other specimen was a museum piece that has been on display to the public all this time, although until now it had never been available for sale.

That second copy had the chassis number # 0063259 and was acquired by collector Preston Henn in 1990, just at the end of filming the series. So it is the only specimen that never left the city of Miami, as it has been exhibited for more than 30 years in one of the main stores of the Henn family’s Swap Shop chain. 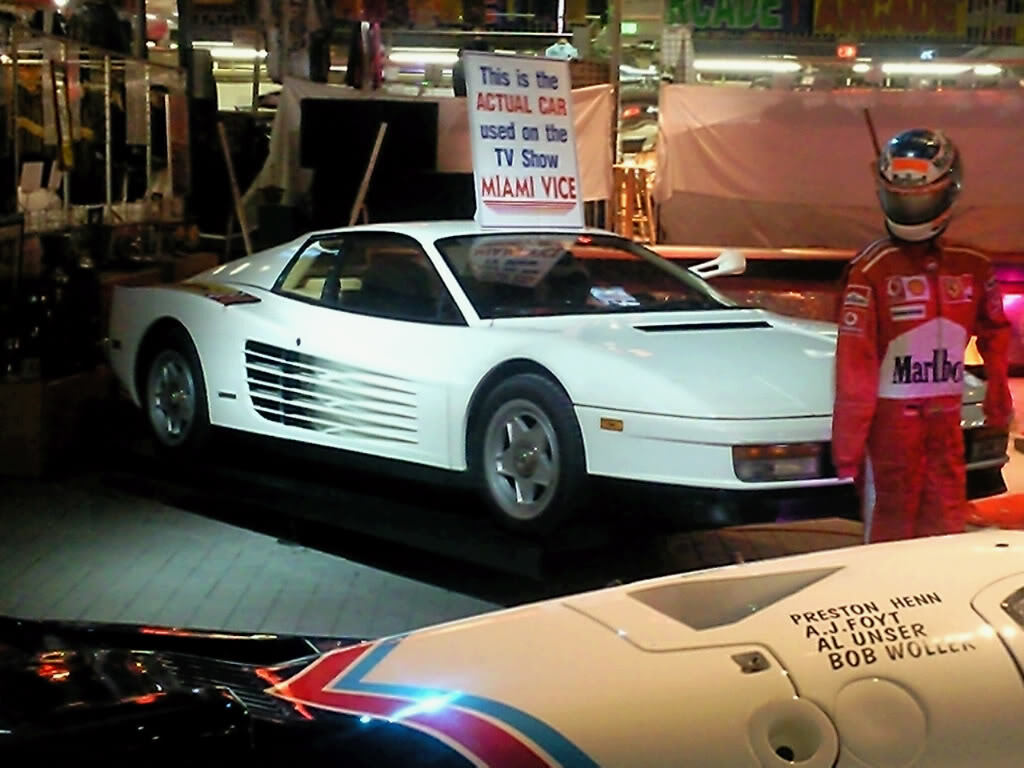 The white Testarossa in the exhibition where it has spent decades together with other collection models.

This unit has been part of an impressive collection over the years amassed by Henn for decades and that has been exposed at all times in the aforementioned store, along with pieces as rare and valuable as different competition models and even the Ferrari 275 GTB / C Speciale, winner at Le Mans in 1965. The only yellow copy of this rare edition and that many point out that it is the most valuable vehicle in the world and probably the first to surpass $ 100 million if it ever gets to auction.

This second copy of the Ferrari Testarossa has been put on sale at We are Curated, a specialist who is precisely based in Miami and of which we have already spoken on several occasions, since it is the same one that announced the sale of the lost copy of the Lamborghini Countach Turbo S.

The relevance of this example of the famous white Testarossa ex Miami Vice is such that has been sold almost immediately after it was put on sale. We didn’t even have time to write this article before the dealer put up the sold sign. 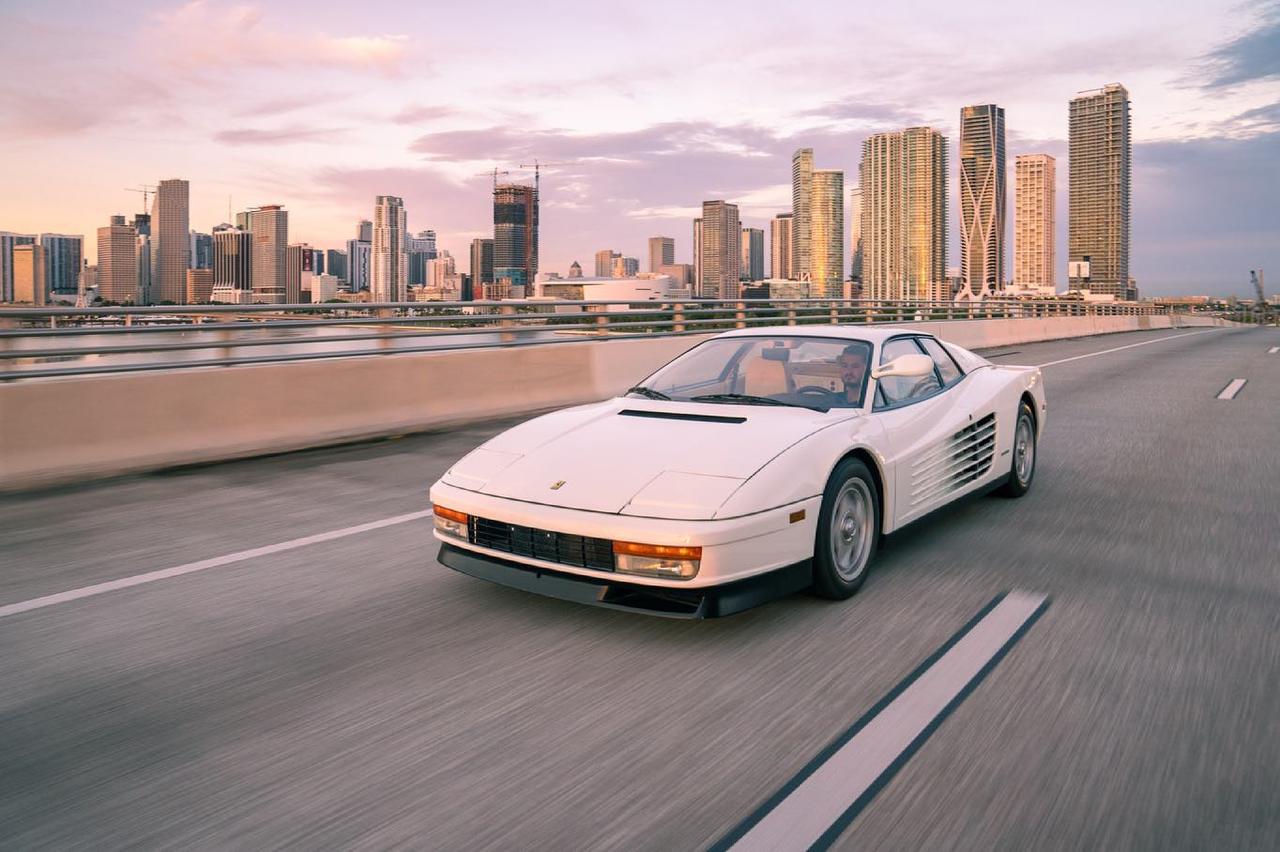 Its state of conservation is magnificent and its mileage is very low, less than 12,000 km.

Because it has been treated as a collector’s item for over 30 years, the state of conservation of this unit is magnificent and it even has the same original Goodyear Eagle tires. Which is of great value for any collector, as it is still an element used during the filming of the series, but which can be extremely dangerous if its new owner decides to use the vehicle (which would surprise us) since these tires have expired many years ago. years and are therefore not suitable for driving on the open road.

This example corresponds to the first series manufactured of the model, which is easily recognizable by its single rear view mirror located mid-height on the A-pillar. Characteristic for which the nicknames ‘monospechio’ and ‘flying mirror’ were coined and which was lost with the premiere of the second series, aesthetically identical except for the new mirrors on each side, located at the base of the pillars. of new measures for wheel sets.