At the age of 95, a former secretary from the Stutthof concentration camp is accused of being an accessory to 10,000 murders that were perpetrated during her work.

76 years after the fall of the Third Reich, efforts to bring accomplices to war crimes to justice continue to reach their final consequences. In the summer of 1943, a 17-year-old German girl identified by justice as Irmgard F., began working as secretary to Paul-Werner Hoppe, commander in charge of the Stutthof concentration camp, the first detention and extermination center created by the Nazis beyond German territory in 1939.

Like any secretary, her work consisted of taking notes, managing files and responding to correspondence for 2 years and 10 months in the Stutthof offices, which she left in May 1945, days before the Red Army liberated him just 48 hours after the unconditional German surrender.

76 years later Irmgard F. leaving Stutthof for good, the Itzehoe prosecution office in northern Germany accused this woman of being accessory to 10,000 murders and assassination attempts occurred during the period that he worked in the concentration camp. 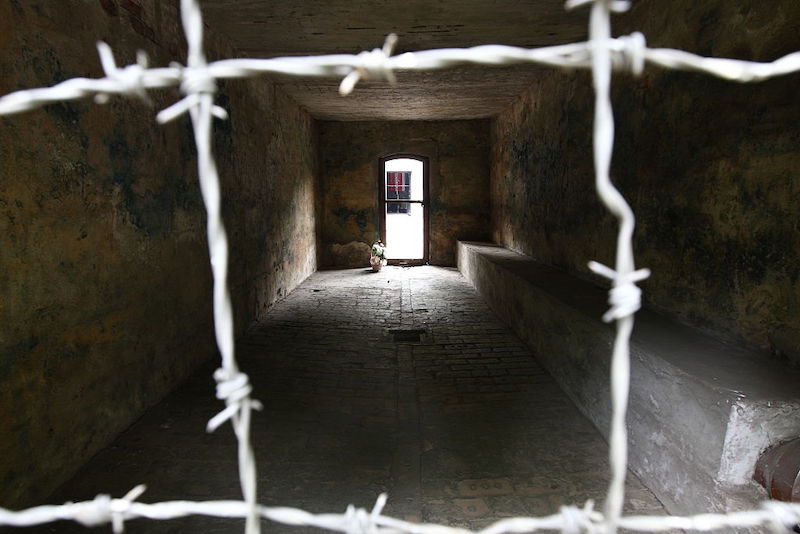 The charges are supported by an investigation that began five years ago and according to The New York Times, they are linked to the responsibility of the then minor in the daily operation of the complex.

The indictment of Irmgard F. is the latest in the efforts of the German justice to continue with a process that began with the Nuremberg trials in 1945, which slowed down during the Cold War and has been in a race against time in recent years to judge low-ranking employees who contributed to the Holocaust.

Nonagenarian guards, security guards and clerks who participated directly in the Third Reich machine have been brought to justice after years of investigations; However, the case of Stutthof’s secretary is peculiar:

Since Irmgard F. was a minor at the time of the events, his case will be handled by a juvenile court, which will be in charge of judging their participation and responsibility in the crimes committed in the concentration camp during their stay in it.

It is estimated that since it began to function and until its release, Stutthof received at least 110 thousand prisoners, of which approximately 80 thousand lost their lives between 1939 and 1945.

In her defense, the nonagenarian woman assures that although she knew of some “isolated executions”, she was unaware of the crimes that were carried out inside the concentration camp, alleging that her office window faced the outside of the camp and therefore , was unable to find out what was happening inside.

In 1943, the Stuttohf death camp was expanded with the construction of a gas chamber, as well as wagons and a crematorium to contribute to the genocide, called a ‘final solution’ by the Third Reich.

The ‘night witches’: the story of the female pilots who terrorized the Nazis