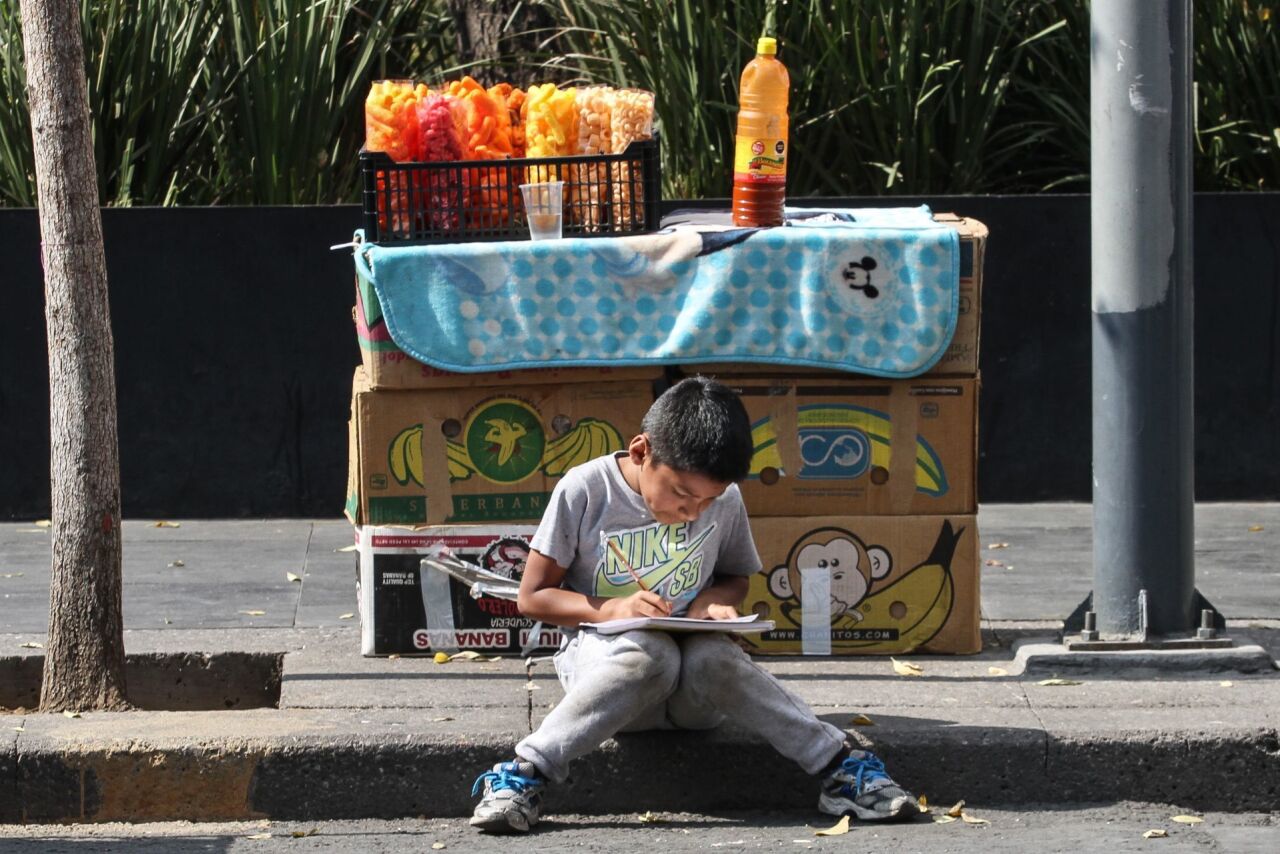 The education of children in the world is threatened by COVID-19, according to the World Bank

Child labor is a monster with 1,000 heads, global, but one that is deeply rooted in Mexico. In rural areas there is a higher incidence of children and adolescents working in unworthy conditions. Also, there is invisible domestic work that fundamentally impacts girls.

Confinement has meant that many parents do not see a “return” in education and in the face of that they force their children to work. The economic crisis, which puts pressure on household income, has led them to make this decision and that is why children and adolescents are part of the informal economy.

Yes, the generational catastrophe is in sight, but we still have time to turn to the helm of public policies to reverse these effects. There is no single measure that solves everything. It has been studied and proven that social protection programs, mainly cash transfers, have a positive impact on reducing child labor, but the results are better when there is a complementarity of programs and economic support is accompanied by food assistance, services health, delivery of school supplies …

The complete film about the tragedy of children and adolescents in times of pandemic is not fully known. According to information provided by the ILO Office in Mexico, a model is currently being worked on to measure the risks of child labor in Mexico, which will draw on available official data and will have the collaboration of ECLAC.

Among its objectives is to have a system that allows establishing clear commitments and deadlines to reverse the current trend, but mainly to promote and materialize a national plan against child labor.

What is measured can be improved, but if the state of a phenomenon is not known, it is not possible to make the necessary corrections. If the presidential motto is the poor first, millions of children and adolescents are part of this category. A plan is urgently needed to avoid the fatal fate that Guterres poses. Unless you think that after 2024 there is nothing.

“The forecasts are not very good,” says Juan Martín Pérez, executive director of the Network for Children’s Rights in Mexico (REDIM). “A 10% dropout rate is estimated in basic education students and 8% in upper secondary education. Children are not a priority ”.

“School dropouts are beginning to be noticed, especially in the poorest households,” says Catalina Gómez, head of Social Protection at UNICEF Mexico. “All roads lead to an impact on income and, although it is not an easy decision, many families are forced into child labor. The call is that we pay attention to these groups with fewer resources ”.

“Mexico ratified the two ILO Conventions on Child Labor and that presupposes that the government has to be held accountable,” says Pedro Furtado, director of the ILO Country Office for Mexico and Cuba. “2021 is the International Year for the Elimination of Child Labor and it is an opportunity to quantify the impact of the pandemic.”

Editor’s note: Jonathán Torres is a business journalist, media consultant, former editorial director of Forbes Media Latam. Follow him on LinkedIn and on Twitter as @jtorresescobedo. The opinions published in this column belong exclusively to the author.