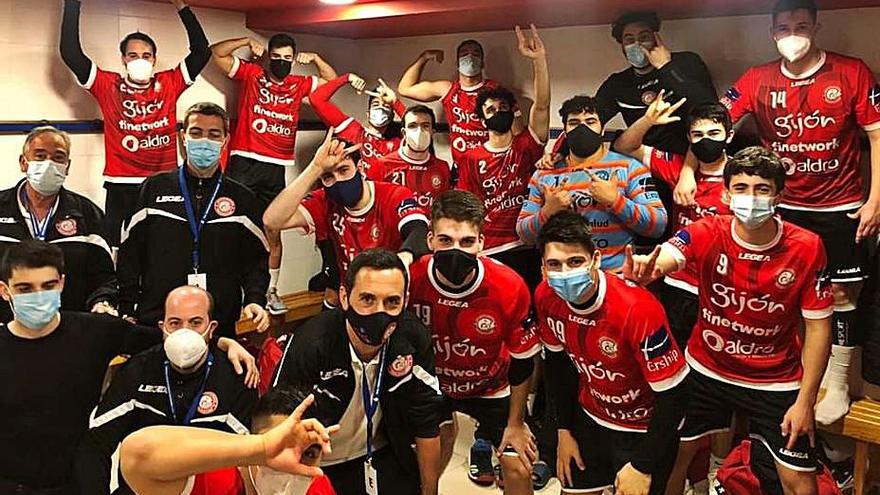 But if this data is already important, its scoring ability is even more so: 240 goals in seven games represent an average of 34.29 per game, only surpassed by the almighty Barcelona, ​​in Asobal, with 38.36. Finetwork Gijón is credited with the 52 goals he scored on matchday four against the University of Valladolid and which are currently the best mark of the season in any of the national handball categories.

The great start to the season of the Gijón team is even more remarkable when compared to the start of last season. The squad is 95% the same but with more experience and many more minutes playing together. And that is being noticed and in what way.

In the 2019-20 season, after the first seven days he was in eleventh position, with 6 points after having achieved three victories and suffered four defeats. His offensive ability was also notably lower: 177 goals, for an average of 25.29 goals. On the contrary, he received many more: 193 for the 176 he has been wearing this season. The numbers of Finetwork Gijón this course improve on those of San Pablo Burgos, leader of the past, which had marked 236 and received 179.

For Luis Madrazo, the team’s top scorer and second in group B, “the key to this good start is that most of us have already been together for several seasons and each time we know each other more and understand each other better, we know how to exploit each other’s strengths” . Few expected a similar start: “The objective was to make a good campaign, we did not think at all about being up, as now, but since the circumstance is occurring, then to continue with it. Madrazo explains the feelings they are having: “We jump onto the pitch without any pressure, to play the best we can and have fun.” In addition, Finetwork Gijón is having luck and so far they have not had to suspend any match. “We are fighting, but even so I fear that at some point it will end up touching us,” acknowledges Madrazo. Next weekend, the Gijon team will host the Unión Financiera Base Oviedo in a regional duel in which the first position is at stake: “A derby without people is not the same but, even so, there is the emotion and the piquilla; I hope they broadcast it and the fans can see it ”. He also hopes to repeat the victory they achieved last season.

Diego Canal is of the same opinion: “We follow the same block and we all understand each other very well, also off the court and that shows when it comes to playing,” says another player from the Gijon squad. “We are all aware that the league is very even and that you can win and lose with anyone,” he adds. He also says, he explains, that they do not have “the pressure of other teams, such as Oviedo, Soria or Santoña, who have many signings and are looking for promotion. We are just people from the house who want to be upstairs ”.

For Diego Cruz, captain of the team, the key is that they have been “three seasons together and, besides, except for Soria, we are having luck with the calendar.” For the player they are not “having the failures that we could have in other years, we all have a lot of experience in the category together and we play games that other seasons cost us more.” Like his colleagues, for Diego Cruz “the objective is to achieve permanence as soon as possible and when we achieve it we will see where we are. We play for fun ”.