The judge of the National Court that examines the case ‘Dina’ has requested a report from the Anticorruption Prosecutor’s Office to rule on the request for a popular accusation -‘Pro Lege’- that has requested the imputation of the candidate of United We Can to the elections to the Community of Madrid, Pablo Iglesias.

As confirmed to Europa Press legal sources, the magistrate Manuel García-Castellón has transferred the document of that popular accusation to the Public Prosecutor through a diligence signed by the lawyer of the Administration of Justice, and now the Prosecutor’s Office it will have to rule on the matter in the near future. However, according to other sources consulted, the magistrate does not have in mind to summon Iglesias in any case before the elections take place on May 4.

The circumstance occurs that the leader of Podemos, having abandoned his seat in the Congress of Deputies and left the Second Vice Presidency of the Government, has lost its aptitude, something that opens the door for the magistrate who instructs the case ‘Dina’ could summon him as investigated in that case.

Iglesias holds so far the condition of injured party

In that separate piece number 10 of ‘Tándem’, in which the Central Court of Instruction number 6 investigates the theft of the mobile phone of the former advisor to Iglesias, Dina Bousselham, at the end of 2015 and the subsequent use of the files it contained, the secretary general of Podemos holds up to now the injured condition.

And this despite the efforts of the investigating magistrate who unsuccessfully tried to get the Supreme Court to investigate in October 2020 to the ‘purple’ leader for the crimes of discovery and disclosure of secrets aggravated by gender, computer damage and false accusation or report -or simulation of the crime-.

García-Castellón sent that reasoned statement to the Supreme Court indicating that Iglesias received in good condition from the journalist Antonio Asensio, on January 20, 2016, the original mini SD memory card from Bousselham’s phone, in which he verified that he stored personal files and very intimate character of that.

He stressed that although Bousselham and Iglesias were close people, he kept the card for a while without informing his advisor. The judge believes that this action can be linked to the knowledge that the leader of Podemos had when observing the screenshots that the advisor kept of conversations of messaging groups in which the gauge appeared.

The Supreme returned the cause

The magistrate then also pointed out to sustain the crimes that accused him that Iglesias had returned the inoperative card to his adviser, and that he dealt with his legal team of falsely simulate a connection between the images published in a digital medium and the disappearance of the phone on November 1, 2015. 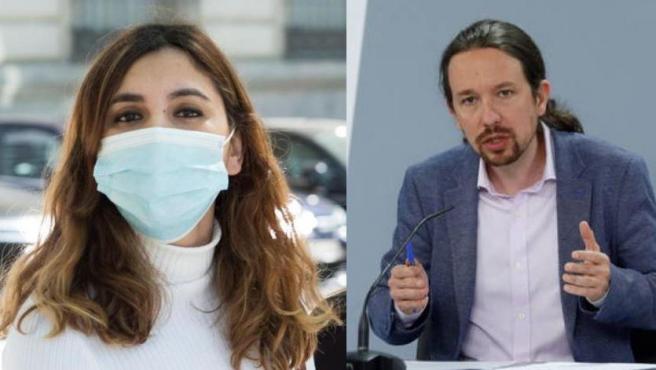 But the Supreme It concluded that it should return the matter to the National High Court in order for it to carry out various extension proceedings, Among them, the statement by Dina Bousselham, so that it could be heard as to whether she actually denounced the facts related to the crime of discovery and disclosure of secrets, since, as the order recalled, the Penal Code requires the complaint of the aggrieved person to proceed for those crimes.

After the reverse of the refusal of the Supreme Court, the Central Court of Instruction number 6 returned to keep the instruction and despite the fact that what the Supreme advised was to summon Bousselham, it was decided to focus first on the alleged crime of computer damage and sent the SD card back to the forensic police. Now, the new proceedings depend on what the expert report produced by the agents shows, and on whether the files it contains can really be accessed.

But the analysis times of the card are not matched with the electoral urgency, so Although the judge would like to have a report on the table to make the appropriate decisions, it is likely that it will not arrive soon. However, this reality is compounded by the fact that judges tend to avoid making decisions that could lead to interference in electoral periods.