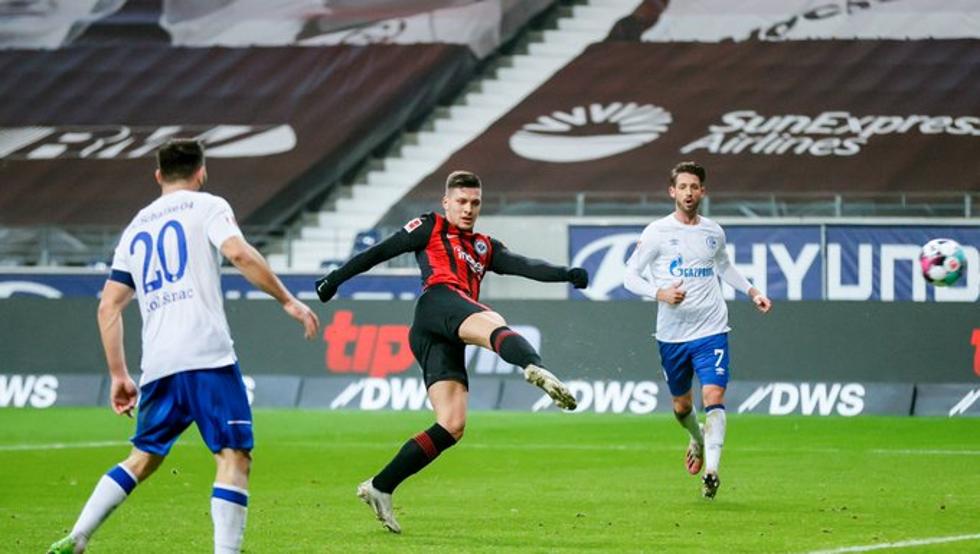 The landing of Jovic in Germany after its assignment to Eintracht Frankfurt it couldn’t be better. The Serb, upon arrival, signed a double against him Schalke (1-3) and everyone pointed to Zidane as the main culprit for not giving him the minutes in Madrid to shine.

However, the brilliant return of Jovic to Bundesliga has been fading as the figure of André Silva, top scorer in the box Frankfurt which is smashing all records.

And it is that Portuguese, already known in the continent for some experiences in clubs such as Milan, Seville or Porto, is coming out this season. To date, he has scored 18 goals in 20 Bundesliga games and has been named Player of the Month for January.

All this added to the fact that the German team plays with a system (3-6-1) in which there is no room for two forwards, Jovic has not yet been able to start as a starter, although he does come out often from the bench and is about to to exceed (141 ‘) the minutes he played for Real Madrid in this 20/21 season, which were 149.

The next appointment, Bayern

So things, to Jovic It is his turn this Saturday to face the visit of the leader Bayern. An undoubtedly stellar duel of the Bundesliga since the Eintracht, in an unbeatable streak that places him third, threatens the Bavarian power.

Jovic, in principle, will start as a substitute if André Silva He ends up overcoming some back pain that he has been dragging on all week. Still, be that as it may, the truth is that the painting Flick, recent world champion, is an ideal rival to try that the flame of the ‘effect Jovic‘turns on again.