9 months after their first infection, 98.8% of the inhabitants of Vo ‘Vecchio, in Italy, have high antibodies to defend against a COVID-19 infection.

Vo ‘Vecchio was the first Italian city to report a serious case of COVID-19. At the beginning of 2020, the entire town located in the province of Padua, closed its doors. The the first infection was a 38-year-old man, who launched the alert for vulnerable people to take shelter. Terrified by the threat of an unknown and deadly virus, the inhabitants locked themselves away for months, hoping that the disease would not enter their homes. The first death from coronavirusHowever, it was from a 77-year-old retired man. That’s where the hysteria began.

The case of this retired man resonated throughout Italy. Then in Europe. Then throughout the West. It was inevitable. After that, Italy took several hard blows in 2020. Most of them were a consequence of the pandemic. Even from the first quarter of that year, Vo ‘Vecchio was already fighting tough battles against the virus, very groping. Despite not knowing much about the disease, the local authorities were strict with their measures.

With just over 3,000 residents, according to Associated Press coverage, the mayor immediately ordered the absolute closure of schools and non-essential businesses. It was the first time in Italy that collective confinements were known, even for work. As the city’s chief pharmacist, Guiliano Martini was clear that his management should be immediate and precise in these types of emergencies. With everything still I didn’t know what I was really up against.

Panic. Face masks, antibacterial gel, toilet paper – any short-term solution at that time seemed a guarantee of salvation for the people of Vo ‘Vecchio. In February 2020, the possibility of a vaccine was not even in the scientific world. The first shades of a problem of global stature were beginning to manifest themselves. However, the first death from COVID-19 in the West raised an alarm that it began to generate serious concerns.

We suggest: These are the vaccines that have already confirmed their efficacy against the delta variant of COVID-19 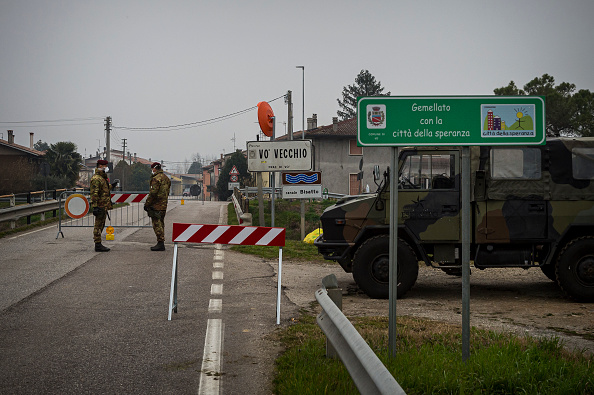 On February 25, 2020, Vo ‘Vecchio was completely closed. Checkpoints were imposed on all access roads to the town. At that time, there were 11 deaths and just over 300 infected. Martini asked local volunteer groups to help the community help them food and pharmaceutical supplies continued to arrive in stores, with a hygienic rigor never before seen in the town.

“It was like a war movie,” Martini told the media. “We were completely alone.” By then, soldiers had arrived from the capital to seal the 12 access roads to the city. In the same way, blockades had been established around towns around Milan, where early cases of local infections had already been confirmed. None of those measures were enough.

By then, Italy was already the country with the most infections in the world, after China. After long months of political, social, economic and pharmaceutical struggle, the picture is very different today in Vo ‘Vecchio.

Over 9 months with antibodies and the promise of lifelong immunity 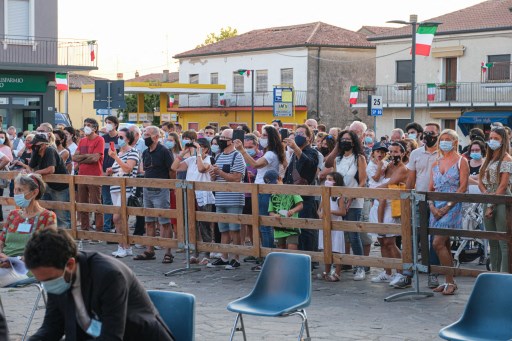 Everything points to the health crisis in Vo ‘Vecchio it seems like a bad memory. According to the count that was made in November 2020, the local authorities announced that the vaccination had been effective.

The people’s case has helped scientists around the world understand the virus, and how our bodies respond to it: a group of scientists carried out antibody tests in the majority of people in the locality who tested positive for COVID-19. The first test occurred in May 2020, when researchers discovered that around the 3.5% of the population had been infected at some previous time.

The same procedure was repeated in November 2020 and the result caused a major surprise among scientists: the 98.9% of people who had tested positive in May had an acceptable level of antibodies that protected them from the virus in November 2020; that is, their natural protection against the virus has lasted for more than 9 months, regardless of whether they had severe COVID-19 or an asymptomatic illness.

“We found no evidence that antibody levels between symptomatic and asymptomatic infections differ significantly, suggesting that the strength of the immune response does not depend on symptoms and severity of infection“Said the study’s lead author, Ilaria Dorigatti, from Imperial College London.

Among them, 16 caught the attention of scientists, because they had a much higher load of antibodies than normal, a rare condition that they called “superimmunity”, because after about 3 months after infection or vaccine, antibodies tend to decrease naturally.

Hence, this Italian town contributes key evidence on how the immune system behaves in the long term and if it is able to avoid new infections, even with the new variants of COVID-19.

COVID-19: they detect a new variant that emerged in Colombia and spread during the Copa América