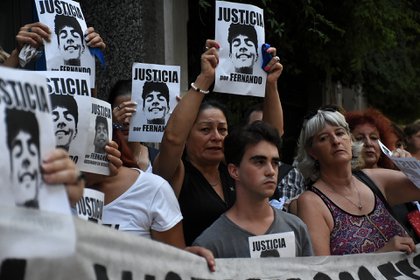 February of this year: Mass for Fernando Báez Sosa in front of his parents’ house (Nicolás Stulberg)

The investigation is closed. This morning, in a 343-page document that you accessed ., the prosecutor Verónica Zamboni required Judge of Guarantees David Mancinelli The elevation to trial of the rugby players accused of hitting Fernando Báez Sosa on the skull in front of the disco Le Brique in January of this year.

The charges against the accused they are not only for the crime of double aggravated homicide by treachery and for the premeditated participation of two or more people, which includes the sentence of life imprisonment: also include allegations of minor injuries for the beatings of the five friends of Báez Sosa present on the night of the crime.

The situation of Pablo Ventura it keeps: there is nothing to involve you in the case. The elevation to trial, for its part, does not establish one of the biggest mysteries of the case: which of the ten rugby players from Zárate falsely implied it, a fact that arose in his arrest on the morning of the crime and that triggered a hunt by the Buenos Aires Police that reached the door of his house. 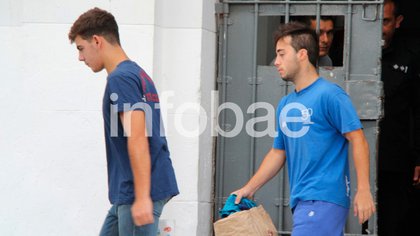 Guarino and Milanesi this year after leaving prison: the prosecutor requested their dismissal (Ezequiel Acuña)

Zamboni detailed the murderous plan on his request, with a division of roles to attack treacherously:

“The first five active subjects -Maximo Pablo Thomsen, Ciro Pertossi, Enzo Comelli, Matías Franco Benicelli and Blas Cinalli-, prior to agreeing to intercept the victim and beat her in order to kill her, on the path in front of the Le Brique dance venue, they approach Fernando Báez from behind, taking advantage of the fact that he was on his back and defenseless and in this way acting on insurance, by virtue of numerical and physical superiority, surround him, pounce on him, and start punching his face and bodyBoth him and his friends, as a result of which, Fernando falls to the ground kneeling and then unconscious – thus complying with the premeditated plan, dividing the previously agreed tasks, “he said.

The blows continued: “They caused his death almost immediately, by causing him a cardiac arrest caused by neurogenic shock due to a SERIOUS SKULL INJURY”, the document continues, between shouts and insults like “Black shit.”

Just as there were five beaters, the others made sure that no one could defend Báez Sosa while he was cowardly attacked. “The three remaining subjects -Ayrton Michael Viollaz, Lucas Fidel Pertossi and Luciano Pertossii-, after agreement and distribution of tasks with the other active subjects, they also deliberately participated in the aggression in order to kill the victim, fundamentally enabling the commission of the act, since they surrounded both Fernando Báez Sosa and the friends who were next to him, thus preventing him from defending himself and even receive defense from their friends and / or third parties ”.

But Guarino and Milanesi, for their part, were not present in this sequence. They were seen in the bowling alley, before and after the crime with the defendants, but the accusation was not upheld. After spending weeks in police cells and in the Dolores prison, Guarino and Milanesi returned to their homes in Zárate while their companions They were transferred to Mayor’s Office No. 3 of Melchor Romero to live separately from the prison population and share a cell phone among all.