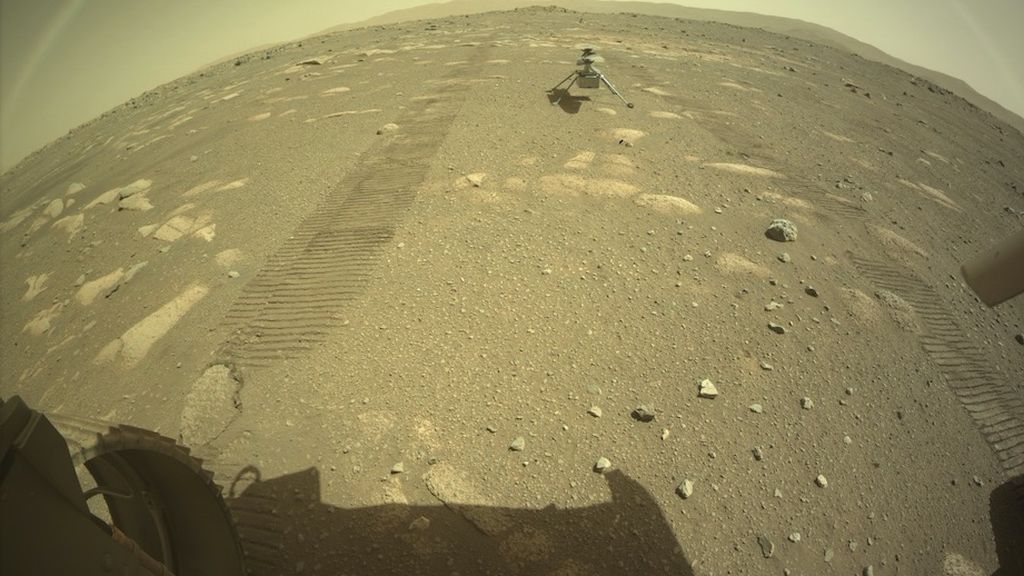 The first flight of a helicopter in the atmosphere of another planet is closer. The small drone ‘Ingenuity’, which has traveled to Mars in the belly of ‘Perseverance’, already rests on the Martian surface after being deposited on the ground from its shelter under the NASA rover.

It has been NASA itself that has shared on its social networks the photograph of the small helicopter a few meters from the rover. Now it remains to finalize the preparations and trust that the flying device withstands the cold Martian temperatures to try to cross the skies of the red planet on April 11.

The ‘Ingenuity’ is a proof of concept, a experiment to test whether it is feasible to fly in an atmosphere as thin and not very dense as that of Mars, 99% less than the terrestrial one. If all works as planned it could pave the way for future missions to the red planet. NASA wants to see if it is possible to use drones to explore the Martian topography from a bird’s eye view or even if these devices could serve as support for future human explorers of the planet.

The main objectives of the ‘Ingenuity’ mission are the following:

The ‘Ingenuity’ weighs less than two kilos in total, measures approximately half a meter high, works with solar energy and recharges itself, has a wireless communication system, its blades, specially designed for the Martian sky, rotate at 2,400 revolutions per minute, it is equipped with navigation sensors and two cameras: one in color and the other in black and white.