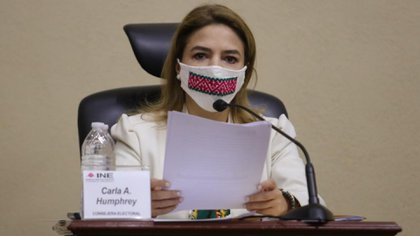 The electoral councilor, Carla Humphrey announced that there will be new measures to improve representation (Photo: Cuartoscuro)

This Wednesday, during his participation in the discussion “Challenges and perspectives of parity. Reflections from the perspective of young indigenous and Afro-Mexican women ”, Counselor Carla Humphrey announced that the National Electoral Institute (INE) will expand the measures imposed on the electoral process to favor and guarantee the inclusion of indigenous, Afro-Mexican, disabled and sexually diverse communities in the candidacies.

The counselor clarified that the political parties expressed openness to the application of these extensions and that they will agree to increase the spaces for these sectors. “Although at this moment we cannot nominate political parties, we are doing it progressively,” he said.

The first expansion of this type occurred on Thursday, December 31, when the Superior Chamber of the Electoral Tribunal of the Federal Judicial Power ratified the decision made by the INE of expand from 13 to 21 the districts where the parties must designate indigenous candidates for federal deputy in the July elections.

The determination included an instruction for the electoral referee to extend the measures to other social groups that historically they have been underrepresented in elections and in public office.

Finally, the court also referred the agreement to the Legislative branch, so that it believes agreements that guarantee fair representation on a permanent basis. 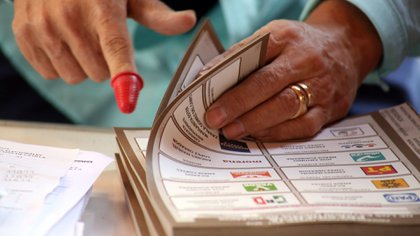 Some of the underrepresented groups are indigenous and Afro-descendant women (Photo: Cuartoscuro)

For her part, within the framework of her participation, Carla Humphrey recalled that inclusion should be a constant struggle that should not go backwards at any time.

In the current legislature, he explained, There are only 13 people from indigenous communities. Of these, only 3 are women, which is why he highlighted the urgency of differentiated measures to balance female participation.

Regarding the message for these people who will soon have a wider opportunity for participation, he reminded them that they are free to pursue any public office they want and that they must do so without suffering violence for it.

“From the national and local electoral authorities, the most important thing is to ensure these spaces and to articulate this effort to spread these rights, because a central problem is that many of them […] (the women) did not know that they could occupy a space in their communities, ”said the counselor.

Further, Government authorities have the responsibility and obligation to ensure that people seeking to assume popularly elected positions succeed in doing so without being victims of political or other violence.

In the discussion, Mijane Jiménez Salinas, Afro-Mexican political leader from the state of Guerrero regretted that the expansion of affirmative measures does not include quotas for women in the group to which it belongs. 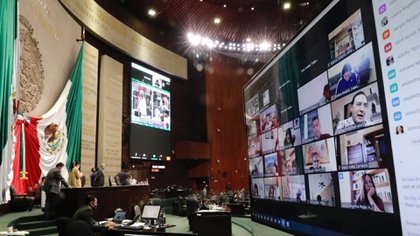 In the current legislature there are only 13 people of indigenous origin (Photo: Cuartoscuro)

One of the situations that you reported as an obstacle for the representation of the Afro-Mexican community it is the statistical invisibility in which they find themselves. He explained that 2020 was the first time that the National Population and Housing Census included reagents to count the presence of Afro-descendants in Mexico (before this, the last to consider them was the Revillagigedo Census in 1791, when many of the people of origin African lived in slavery).

Sitlali Chino Carrillo, former president of the Agrarian Concentration of the Wixárika Community of San Sebastián, stated that, With regard to indigenous representation, another area of ​​opportunity is local congresses.

In this regard, Florentina Ruíz Vélez, Councilor for Education of the municipality of Santa Cruz Zenzontepec, in Oaxaca, recalled that Municipalities with “internal regulatory systems” sometimes have difficulties in specifying quotas and other affirmative measures, for which reason he requested the participation of federal authorities.