During the last Grand Prix of Turkey, a circumstance that seemed impossible occurred in this strange 2020 season. Until the improvised arrival of the ‘great circus’ at Istanbul Park, Mercedes had taken all the poles in the 13 classifications disputed, and even Red Bull’s best efforts didn’t seem enough to aim for something different in the remaining four events. However, rain and a recent resurfacing combined to create a zero-grip situation in which Mercedes was wrecked, getting Lance Stroll an unsuspected pole for Racing Point.

With the continuity of the current chassis, in 2021 they could have, perhaps, the last match point for the two most absolute records that still resist them, and that have also eluded practically all the dominant teams in the history of the Formula 1: the number of victories or pole positions throughout a season. Such a feat has been accomplished only by Alfa Romeo in 1950 and Ferrari in 1952, in seasons of six and seven races respectively.

All poles, except one … a story that repeats itself.

The full of victories had already been frustrated by the triumphs of Max Verstappen in the 70th Anniversary Grand Prix and Pierre Gasly in the Italian GP, ​​but the pole position had very serious signs of becoming a reality. Mercedes he had already fallen just one pole away from plenary in each of his first three successful yearsHis executioners being Williams in Austria 2014 (Felipe Massa), Ferrari in Singapore 2015 (Sebastian Vettel), and Red Bull in Monaco 2016 (Daniel Ricciardo). Hamilton, for his part, thwarted the possible Red Bull plenary session in 2011 achieving pole in Korea, just four races from the end as it happened in 2020.

Not even the great dominating cars of the late 80s and early 90s took all the poles in a season. The overwhelming McLaren MP4 / 4 and MP4 / 5 were defeated respectively by Gerhard Berger’s Ferrari in UK 1988 and Riccardo Patrese’s Williams in Hungary 1989, while the Williams FW14B and FW15C were unable to stop the Ayrton Senna’s McLaren in Canada 1992 (by 97 thousandths) and in the last race in 1993, in Australia. 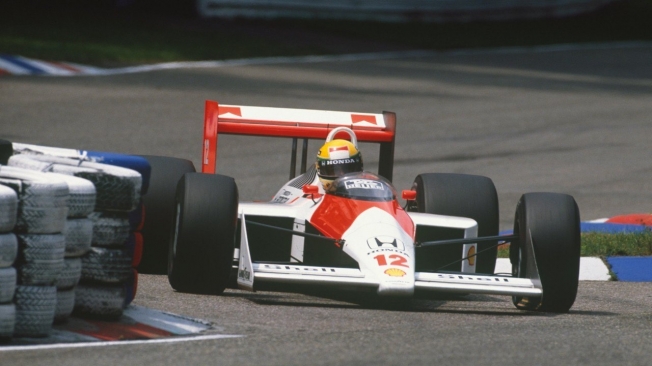 Not even the McLaren MP4 / 4 in the hands of Senna and Prost achieved all the poles. / @ McLaren F1

The full of victories is an even more complex proposition. Mercedes stayed very close in 2016, when only two accidents and a mechanical break (Red Bull victories in Spain and Malaysia) prevented them from completing the 21 races of the year. Red Bull in 2014 and Ferrari in 2015 had also been able to lose three victories from them. The Schumacher era did bring years of great victory dominance for Ferrari, losing just two races in 2002 (Ralf Schumacher in Malaysia, David Coulthard in Monaco) and three in 2004 (Jarno Trulli in Monaco, Kimi Räikkönen in Belgium and Juan Pablo Montoya in Brazil).

The benchmark in terms of winning percentage remains, and will be, McLaren’s 1988, with the MP4 / 4 winning 15 of the 16 races contested and Gerhard Berger’s triumph at Monza as his only black point. In no other season between 1964 and 2001 did a team fall less than four wins from full, something Lotus had achieved in 1963 by winning seven of 10 races. Mechanical breakdowns in Monaco 1955 left Mercedes without plenum, and Alberto Ascari, in the middle of a duel with his teammate Giuseppe Farina, threw the full Ferrari overboard in the last corner of 1953 with an error that affected both, in favor of Juan Manuel Fangio’s Maserati.

On an individual basis, Stroll’s pole also has prevented Lewis Hamilton and Valtteri Bottas from splitting all the poles between them two. In addition to the aforementioned 1950 (Fangio and Farina) and 1952 (Ascari and Farina), this fact it also happened in three other low-event seasons: 1953 (Ascari and Fangio), 1956 (Fangio and Stirling Moss) and 1965, with Jim Clark and Graham Hill over 10 races. In short, one more sample that, having broken the most popular records, there is always room to leave even more historical mark. Of course, at the cost of a competitiveness for which we will still have to wait, at least, until 2022. If anything.