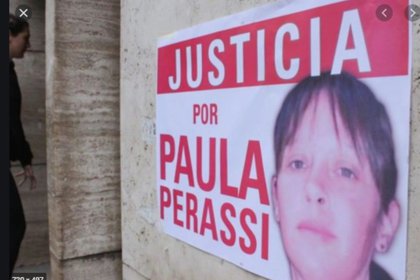 A poster demanding justice for the disappearance of Paula

In 2011, Paula Perassi, then 34, found out that she was pregnant, a change in her life that will never be known if it was desired or not. She was last seen after leaving her home in the Santa Fe town of San Lorenzo and disappeared without a trace. For his disappearance and presumed death, there are two convicted. But nevertheless, 9 years have passed and his whereabouts remain a mystery. Where they are is unknown.

It all began on September 18 of that year after the woman received a call to leave the house for some reason. He never came back. Hours passed and the next day, Rodolfo Ortíz, Paula’s husband, filed the complaint with a provincial police station. It was very strange that Perassi, mother of two boys, had come out like this, without giving more details. And the worst, that he had not returned after so many hours.

It was then that after the intervention of the Justice and the beginning of the investigation, a fact was discovered that would radically change history. Paula kept a clandestine sentimental relationship with Gabriel Strumia, a renowned businessman from the town of Puerto San Martín, a municipality located within the department of San Lorenzo and very close to his home. That is why all eyes were on the lover and his surroundings. Too hypotheses began to be made about who the biological father of the child he was expecting at the time of the disappearance really was, a fact that would later become relevant. 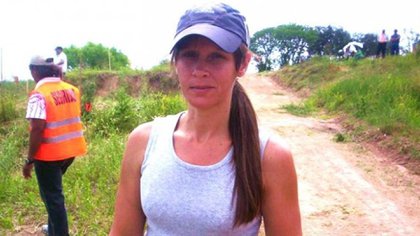 Paula was 34 years old at the time of her disappearance

Bringing Sturnia and her entourage to justice was not easy. The case for the disappearance of the woman went through the courts of San Lorenzo and Rosario, all thanks to the insistence of Alberto Perassi and Alicia, Paula’s parents, who had the support of different social organizations that somehow kept the case in the attention of Justice. On April 15, 2015 the prosecutors Ramón Moscetta and Donato Trotta they requested the arrest of nine people for the alleged crime of women, with an alleged cover-up ring that included four civilians and five police officers.

It was about the businessman Strumia, his wife, Roxana Michl, an employee of them identified as Antonio Diaz Y midwife Mirta Rusñisky. Five police officers completed the list: Gabriel Godoy, Aldo Gómez and María Galtelli and the senior leaders of the force: Jorge Krenz and the former head of the Corps Group, Adolfo Daniel Puyol. They all came to trial low preventive prison: civilians, behind bars, policemen, detained in their homes.

The paternity of the child Paula was expecting could never be scientifically corroborated, since her body never appeared. But nevertheless, Perassi’s interlinking of phone lines, text messages and internet chats led to the assumption that the unborn baby was from Strumia. In fact, it was established that the 34-year-old woman had medical consultations and was not willing to have an abortion. “I will not risk my life to make others happy”, He commented in a private conversation on Facebook to a friend of Strumia.

All these elements were provided during the oral trial against the nine defendants that began on March 21 last year at the Rosario Criminal Justice Center, in front of a court made up of Griselda Strólogo (San Lorenzo), Mariel Minetti (criminal judge of Casilda) and Álvaro Campos (criminal judge of Cañada de Gómez). 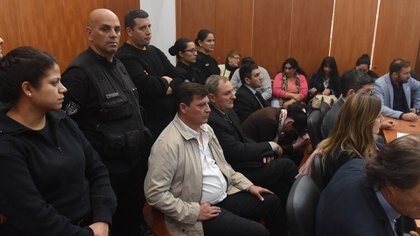 The reading of the ruling in May 2019

The accusation was shocking: non-consensual abortion followed by death and unlawful deprivation of liberty, among other charges. That is, for the prosecutors Strumia and theirs they hatched a plan to kidnap Paula, force her to have an abortion and how the clandestine procedure went wrong, the body disappeared forever. The policemen were accused of the crimes of concealment, theft and destruction of evidence, ideological falsification of public instrument and breach of the duties of an official.

Sentencing requests ranged from a maximum of 16 years in prison for police officers to life imprisonment for civilians. However, things did not go as expected, neither by the Prosecutor’s Office nor by the complaint. The court of first instance decided unanimously, on May 2, to acquit the nine accused. Paula’s disappearance would remain -at least for that moment- unpunished. While the women’s conversations on social media were accepted as valid, the judges reasoned that this does not prove that Strumia induced the woman to abort and less with a kidnapping involved.

“Having made direct contact with the evidentiary activity, we are in a position to say that throughout the hearings that the State did not achieve through its prosecutors and the complaint, prove with the necessary certainty at this stage, the accused are guilty of the crimes attributed to them, ”Judge Strologo said then.

But the complaint, represented by attorneys Adrián Ruiz and José Ferrara, appealed and in November 2019, the Rosario Appeals Chamber partially reversed the first instance ruling for the disappearance and death and sentenced the Strumia-Michl couple for the fact. The man received 17 years in prison and his wife, 7. He was considered criminally responsible for the crime of illegal deprivation of coercive freedom, aggravated by the victim being a pregnant woman. Michl, for his part, was considered secondary participant.

The chambermaids Carolina Hernández, Javier Beltramone and Gustavo Salvador did not grant the request for preventive detention for the accused, who remained at liberty at least until the next stage. The rest of the accused were acquitted. 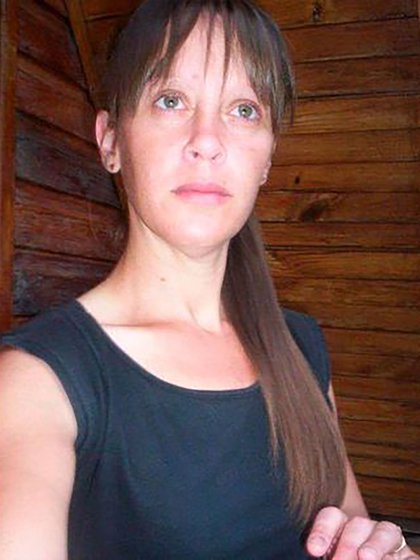 Paula was the mother of two other boys

After the decision of the Chamber, the defense of the two convicts made a horizontal appeal.Therefore, another court of second instance began to analyze the case and listen to the arguments of the parties. That is why yesterday began a new review of the sentences against marriage in the courts of Rosario. Alberto and Alicia, the victim’s parents, again, face the Justice.

“I want Paula’s bones”Alberto said at the entrance to the courthouse, which was not allowed to enter the media due to the anti-COVID 19 protocol that governs the Rosario courts. “After 9 years and two months I came here to hope for justice with faith, like the first day”added. 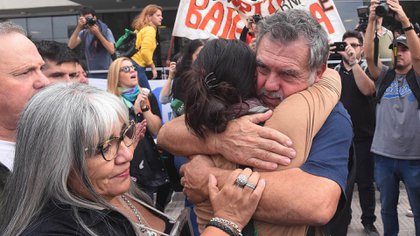 For the plaintiffs Ruíz and Ferrara, Paula She was six weeks pregnant as a result of the love affair she had with Strumia, who with the complicity of eight other people – including his own wife – deprived her of her freedom with the intention of causing an abortion in which she would have died and then make the body that was never found disappear. All to hide that she was going to have an extramarital child.

In May of last year, after he was acquitted, Strumia insisted in an interview that he was innocent and complained of having been treated “like trash and like a murderer.” Six months later the House reversed the ruling and changed its story. The only thing that remains the same is his silence: It is not yet known where Paula is.

Crime of Paulina Lebbos: preventive prison was extended to a convicted person for concealment