The Hispanic who was identified by authorities as the owner of a tiger that was loose Sunday night in a residential area of Houston (Texas) does not know the whereabouts of the feline, assured his lawyer this Wednesday.

Victor Cuevas, 26, was arrested and charged Monday with a felony for evading arrest, according to the Houston Police Department (HPD).

The Hispanic man came to the attention of authorities after a tiger was seen loose Sunday night in front of Cuevas’ home.

Witnesses saw the Hispanic take the animal by the collar and bring it into the house, just as a neighbor was pointing a gun at the animal. A video taken by residents shows Cuevas dominating the tiger.

The Houston Police said in a press conference last Monday that Cuevas put the tiger in his car and fled to an unknown destination.

However, Hispanic lawyer Michael Elliott insists that his client does not own the tiger. 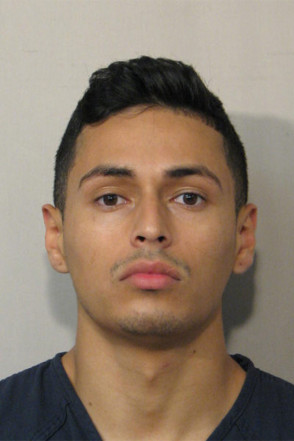 Cuevas left this Wednesday after posting bail and let his lawyer speak to the media, to which he said that the tiger, about 9 months old and called India, is owned by another man nicknamed “D”.

The lawyer added that the alleged owner of the animal has sent text messages with “threats of death” to Caves.

Cuevas is currently not charged with any crime specifically related to the tiger.

In the Hispanic’s Instagram account, he is seen with a tiger, although his legal representative explained that these images do not prove that Cuevas owns the feline.

The Houston Police Commander, Ron Borza, detailed in a news conference Monday that Cuevas apparently also had two monkeys in the house, something that is not illegal in Houston if the animal weighs less than 30 pounds (13.5 kilograms).

Tigers are not allowed within Houston city limits, explained the Police, unless who is in charge of the feline has a license to have exotic animals.

Borza stressed that residents should not keep these animals because they can be unpredictable.

The whereabouts of the tiger remain a mystery until this Wednesday.