Paramount Pictures has released new character posters of Snake Eyes: The Origin highlighting the eight heroes and villains that we will see in the film.

The new character posters for the GI spin-off movie. Joe, Snake Eyes: The Origin, reveals in more detail what the eight main heroes and villains who will appear in the film will look like.

Snake Eyes, will mean the relaunch of the GI Joe film franchise after waiting for some time for a continuation of GI Joe: Retaliation with Dwayne Johnson that never happened, perhaps depending on this release. Who knows ?; Instead of immediately bringing together the classic characters from Hasbro’s toy line-based franchise, the studio hired Robert Schwentke to direct an origin story for one of GI Joe’s favorite characters: Snake Eyes.

Henry Golding stars in Snake Eyes: Dawn, the first potential role for an action franchise after having major roles in Crazy Rich Asians and A Simple Favor. While traditionally a silent but deadly member of the Joes, the film will explore how Snake Eyes became the famous ninja warrior we all know and love. The film also includes other well-known GI Joe characters. Famous villains like Baronesa (Úrsula Corberó) and Storm Shadow (Andrew Koji) will appear, as well as future GI Joe members like Scarlett (Samara Weaving). 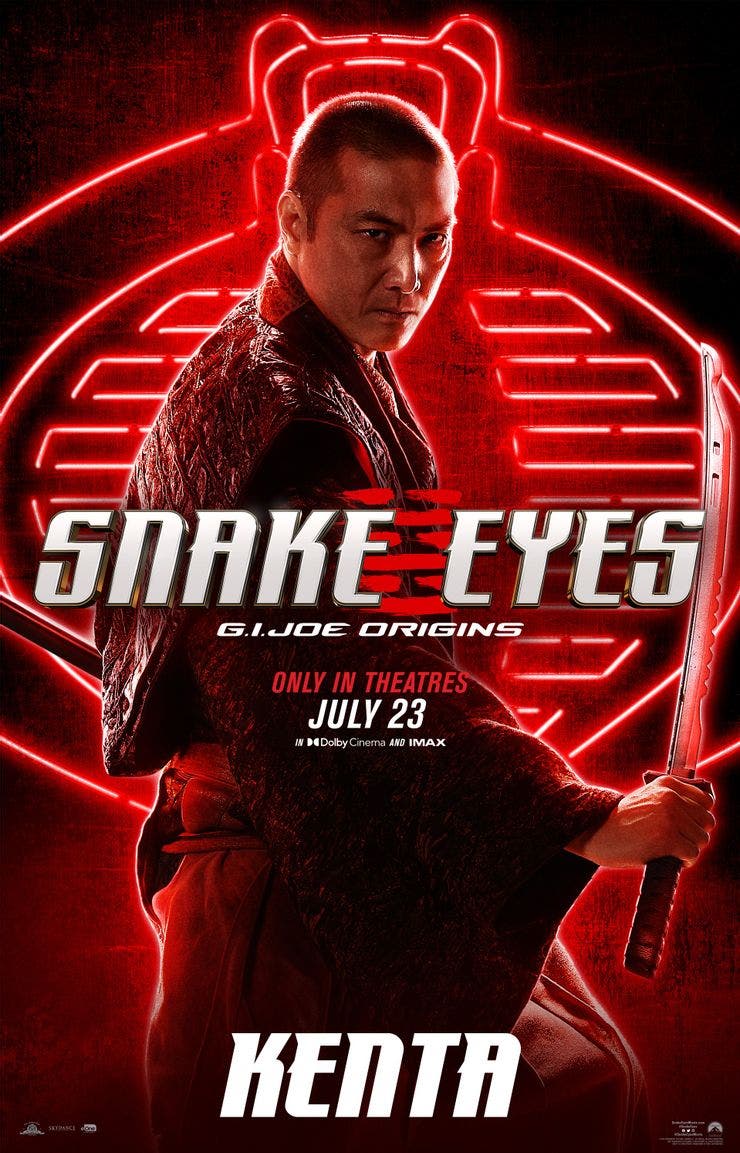 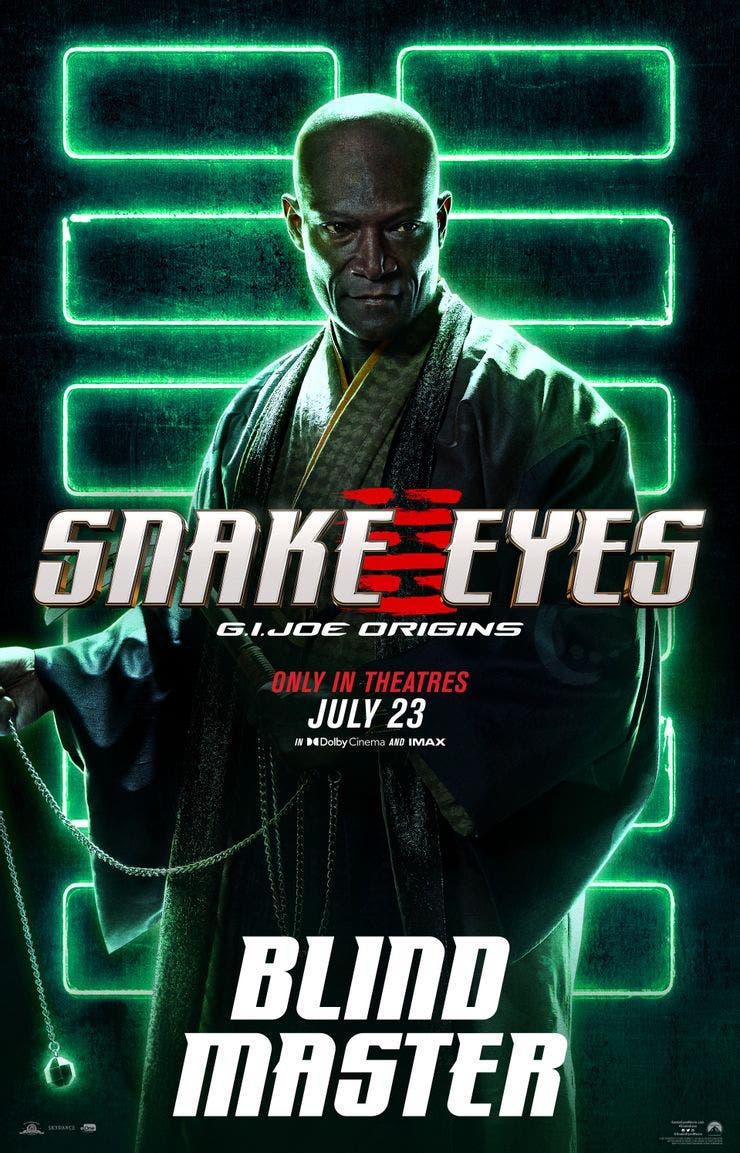 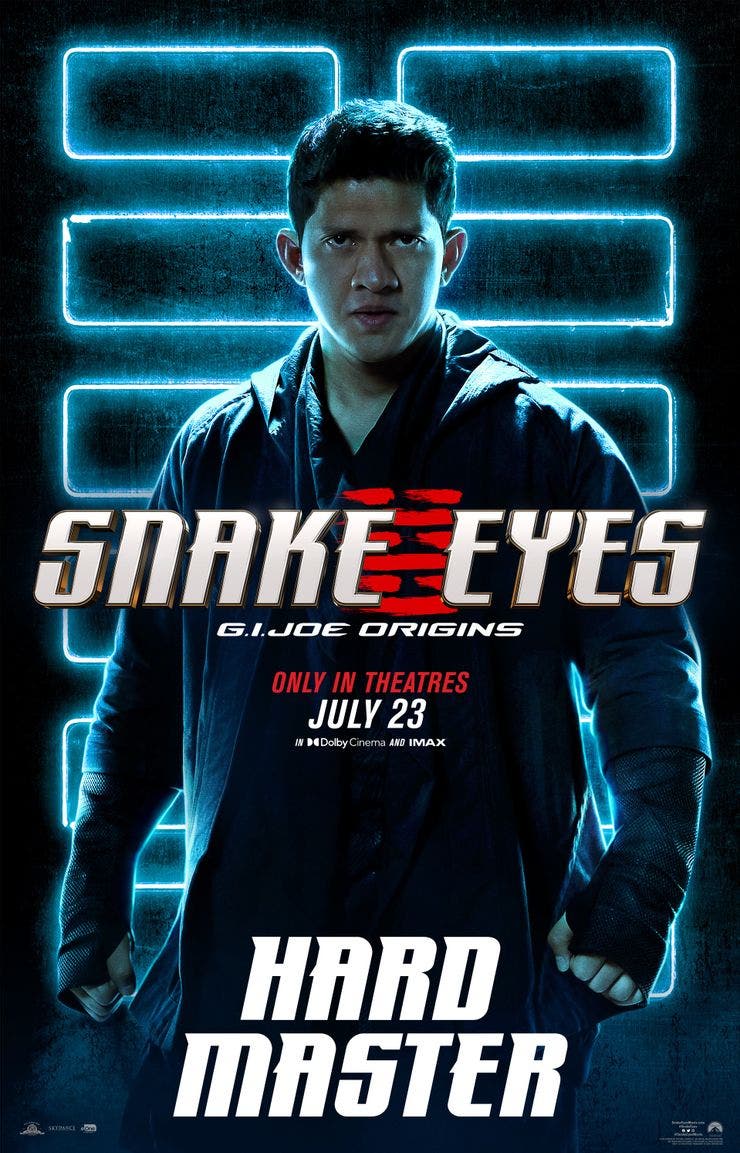 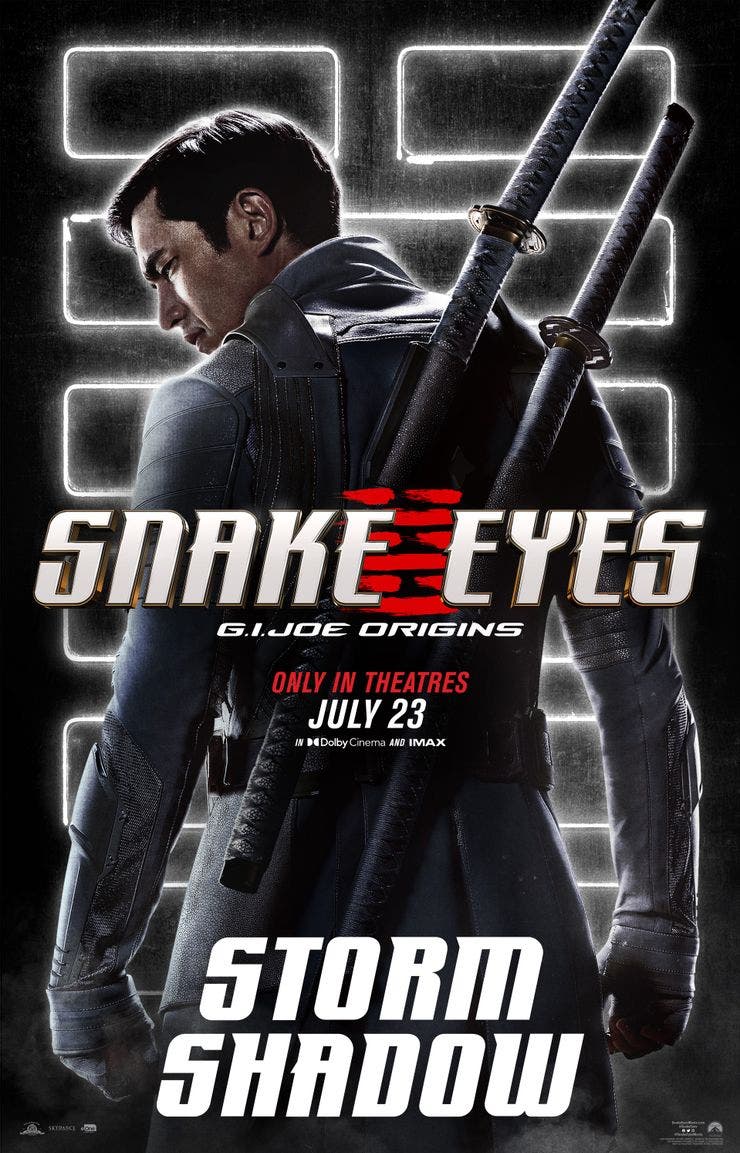 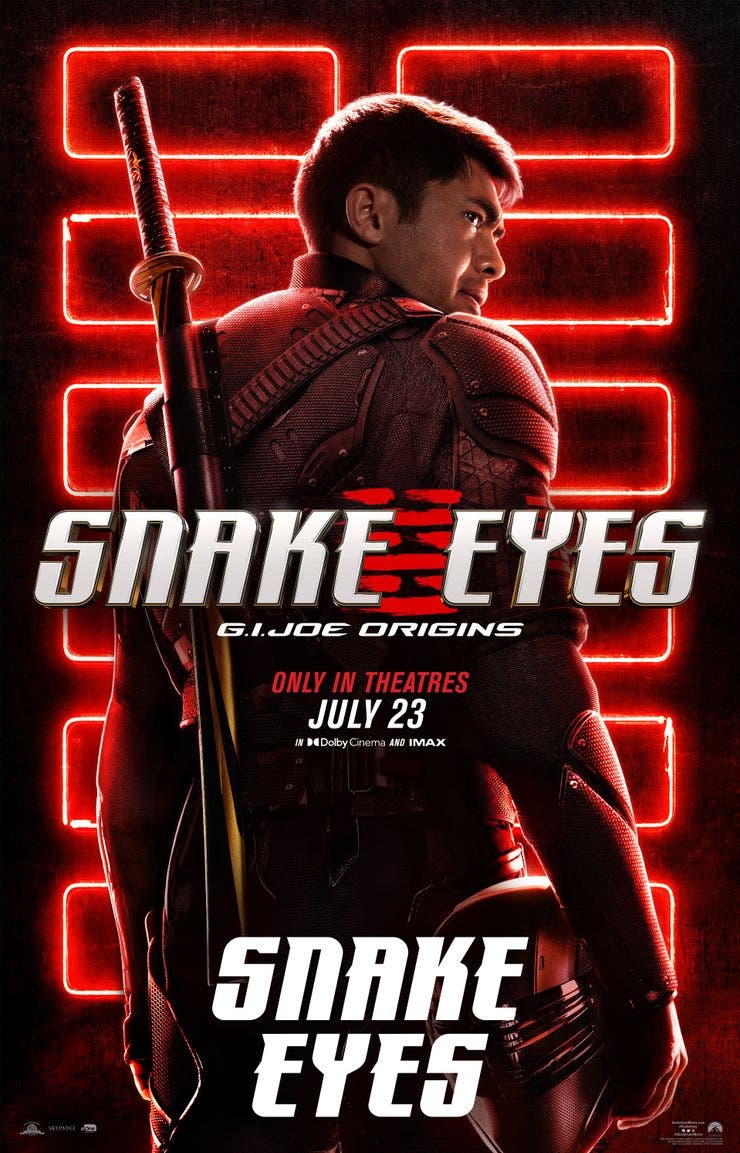 Henry Golding’s Snake Eyes poster is almost identical to the movie’s teaser poster that was released earlier. These posters also feature a more detailed image than we’ve ever had of Koji’s Storm Shadow, Weaving’s Scarlett, and the Baroness from the Paper House star. The rest of the character posters feature Iko Uwais as Hard Master, Peter Mensah as Blind Master, Tahehiro Hira as Kenta, and Haruka Abe as Akiko.

These character posters provide the best and most detailed look for each of the Snake Eyes characters to date. Many of these costumes, like Storm Shadow’s, could be seen in the trailer and official images, but none of them showed them in detail. Only now are Scarlett’s signature crossbow, the Cobra logo on the Baroness belt, and other details visible. Additionally, each character poster has a logo behind the cast member, with Scarlett bearing the GI Joe logo, Baroness and Kenta bearing the Cobra logo, and the remainder a symbol commonly associated with Snake Eyes and Storm Shadow.

With its premiere just around the corner, hopefully we won’t have to wait too long to see a new trailer. These character posters should be the beginning of the marketing campaign for promoting the film. The Snake Eyes trailer left a good impression on most viewers, so an official trailer can help build even more buzz depending on what’s being shown in it.