It seems that the Chinese market has found a gold mine doing open-world RPGs with touches of Breath of the Wild. After Genshin Impact comes Tower of Fantasy from developer Hotta Studio and Perfect World. If the MiHoYo game has not managed to hook you because you are more science fiction than medieval fantasy, you are interested in continuing reading

That they were going to get bastard children to Genshin Impact no one doubted. The Chinese video game brought in more than $ 100 million in its first two weeks. The way to do this is by an attractive free download game, having a beautiful world to move around, with dreamy corners to discover, many places to go, impeccable graphics and a monetization system that does not seem particularly aggressive during the first twenty hours of play. Of course, once you advance in the adventure, you will have to go through the checkout if you want to get your favorite characters and continue advancing. Can Genshin Impact be played without paying a euro? Of course, but, although it may not seem so at first glance, it is a very well oiled machine to push you to spend money. And do not believe me, but those 100 million dollars made, or all the youtubers who have recorded spending their euros and dollars in the game.

The financial success of Genshin Impact has not gone unnoticed by Hotta Studio. After a beta that has only been enjoyed in China, his project, known as Tower of Fantasy, is attracting the attention of many people; mine, the first. The pattern is the same: it is a third-person role-playing and action video game that will have us traveling through an open world for many hours, completing missions, performing tasks, killing monsters and progressing, but from Hotta Studio they have done their job well to differentiate themselves from Genshin Impact, both aesthetically and playable. While Genshin Impact is absolutely reminiscent of Breath of the Wild, The Witcher 3: Wild Hunt for its cities, or Assassin’s Creed Odyssey for its progression system or its sweet Mediterranean environments, Tower of Fantasy prefers to be a mix between Phantasy Star, Star Ocean and Xenoblade Chronicles X. Of course, anime is still the main aesthetic reference, and it is also a video game that is built looking like others.

Maybe it’s because I’m very excited about the premiere of the second season of The Mandalorian, but this mix of sci-fi elements is more appealing to me than the medieval mix that Genshin Impact was formed with. On this occasion, the gaming world seems to have suffered a lot, and all the technology we see allows it to continue to survive. There are ruins here and there, crashed ships and remnants of advanced civilizations that the peoples of the world use for their benefit. Is a tone very reminiscent of Borderlands and to its arid moors in which retrofuturistic details suddenly emerge. However, all this technology is translated into anime, which means the coexistence of these elements with huge light swords, sexy armor, bangs and a narrative cut that ends up reminding us of the JRPGs that I have mentioned. And all this without that bright and luminous patina of Breath of the Wild ever being completely erased; except that a little bit more brown.

An open world with something to tell 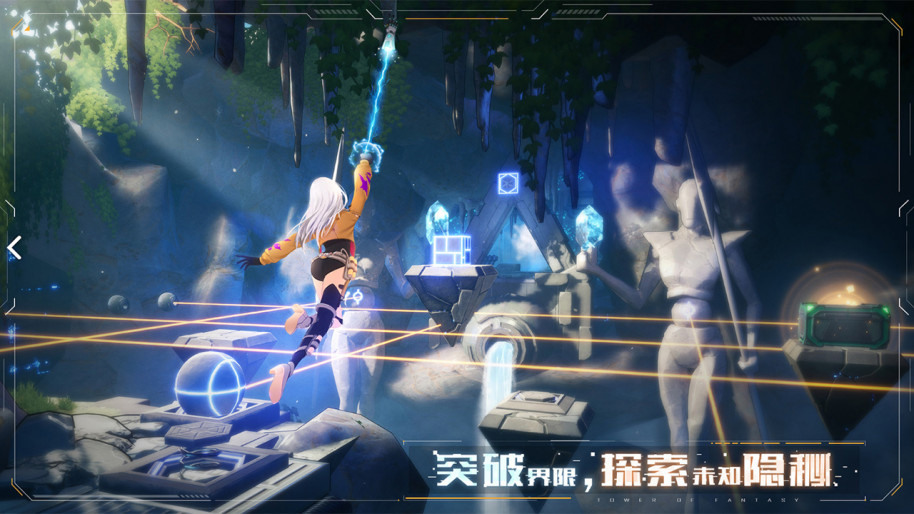 If the Genshin Impact proposal stood out in something is how well it hid that it wanted our money, how did it achieve it? Creating a solid world with many stories to tell. From Hotto Studio they point out that here the story will also carry a lot of weight. During the first hours of beta we have already been able to witness a large number of conversations with other characters that we are meeting. The title also starts having to choose between a boy or a girl. There are two characters that seem to escape from some terrible evil, and we can only play with one of them. The other disappears. 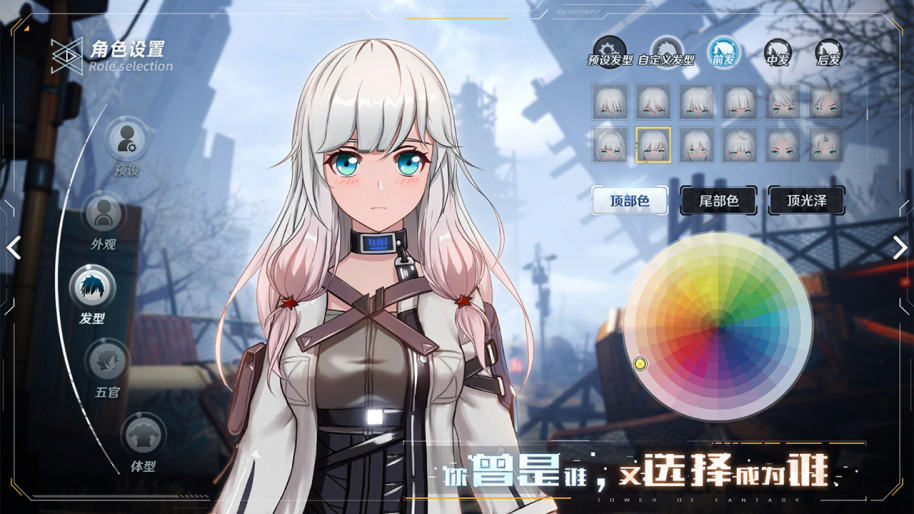 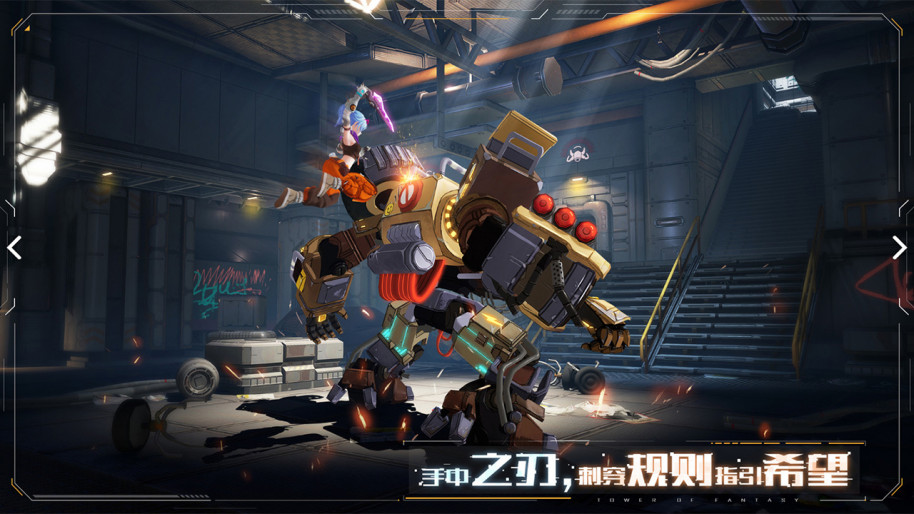 Dressed in what looks like a mechanic’s suit, a large three-headed dog assaults us and we have to escape. Only the one we choose achieves it. And before appearing in the open world of the game, the title proposes us to solve a small dungeon and a combat that highlights your playable bases. There will be much more action here than in Genshin Impact; So much so that sometimes it is more reminiscent of a hack and slash than a role-playing game. There will be short dramatic sequences during the battles that will be resolved with Quick Time Events; in fact, the goalkeeper is killed by QTE. The feelings of these fights are positive, it feels that we are playing with a less rigid fighting style than Genshin Impact, with more flexibility when chaining shots. Of course, it is necessary to know the way in which our playable options will be enriched, if with more combos, counterattacks or extra skills. When we attack we can see the damage we do, and the truth is that the font used is very Borderlands. Hopefully Tower of Fantasy takes all the ideas it can from Gearbox’s work.

Sometimes more reminiscent of a hack and slash than an RPGInside the tutorial dungeon there are other elements that Hotto Studio also wants to focus its efforts on: the environmental puzzles. This time it was a very simple one in which you just had to burn several boards to advance, light torches and light a wick; but they served to make us understand that we want to work with the interaction of the scenarios to give a special meaning to the exploration. Wish a lot of well-designed dungeons please, not just mazes in which to kill enemies without further ado. Once we leave this area, the talks begin. From a dark area we go to a covered by light, and the game begins. 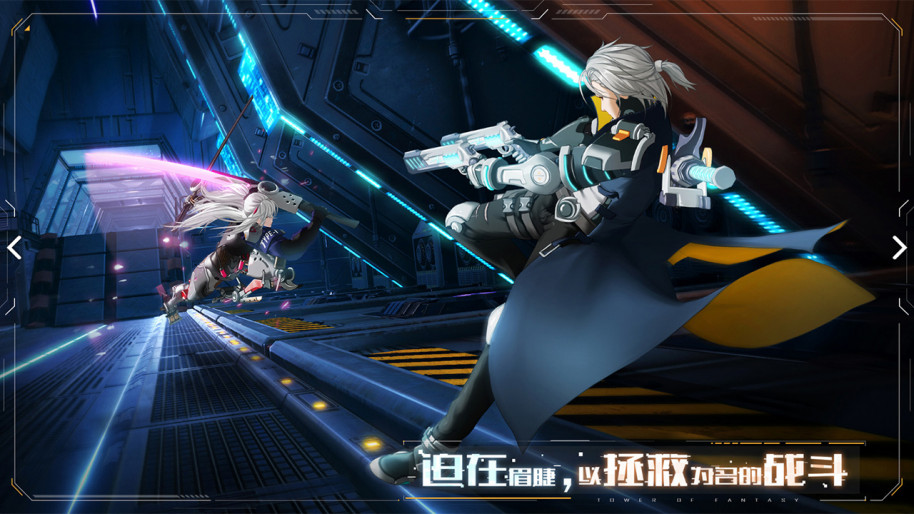 It doesn’t seem like Tower of Fantasy has the same level of ambition as Genshin Impact. It is not so pretty and it does not seem so fine in its artistic finish, but the turn of the gameplay towards action, the incorporation of science fiction elements, and that own sense that its exploration has points out ways; especially knowing that it will be free to play. There is still a lot to know about the game. Still with no release date in the West, it’s not entirely clear whether it wants to be a cooperative open world game or a full-fledged MMORPG. 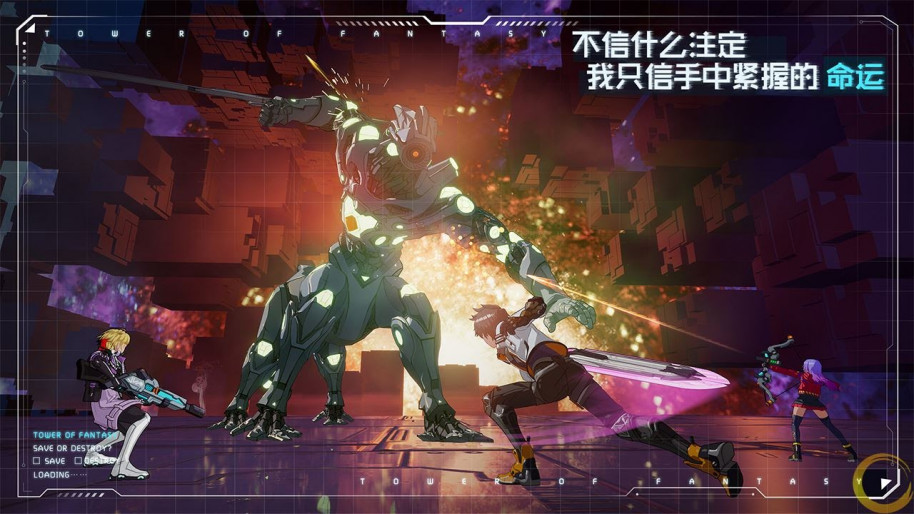 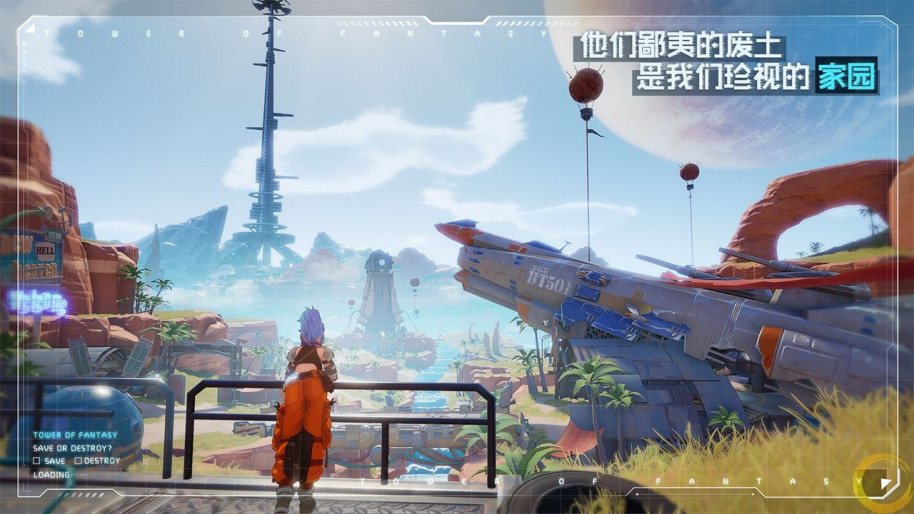 What the game is flawless in is its soundtrack. The level of music and voice production that both this title and Genshin Impact have is amazing. It is absolutely suggestive. During the conversations the characters appear in the first person, and I would say that more work is needed in their animations; but the title still has time to polish all the details. During the beta, it was not possible to guess how their monetization system will work either; Which does not surprise me because these games first want to catch you with their proposal and, after several hours of play, show you this other side of theirs. However, despite these more than reasonable doubts, first impressions are very positive.

It’s great how the camera opens so that we can look at the horizon, as well as that feeling that we can go anywhere we want. I like that mix between medieval and Japanese science fiction and how Chinese studies interpret it. Tower of Fantasy is planned for release on PC and Android, with no news yet for its appearance on consoles. We will be very attentive.