Linked to criminal proceedings for the cunning crime of journalist Israel Vázquez in Salamanca (Video: Attorney General of the State of Guanajuato)

The Guanajuato State Attorney General’s Office, reported that a control judge linked Martín “N” and José “N” to the process, allegedly responsible for murder of journalist Israel Vázquez, occurred in the municipality of Salamanca on November 9.

The subjects were charged with the crime of qualified homicide, with the aggravating circumstances of premeditation to the detriment of the journalist who was performing his duties.

The agency pointed out that the agent of the Public Ministry presented sufficient evidence before the judge for his imputation, for which reason he ruled in favor, ordering him to be linked to trial and preventive detention as a precautionary measure.

Martín “N” and José “N” they were apprehended last November 15 in a joint operation with the Secretary of State Security, the Army and the National Guard. 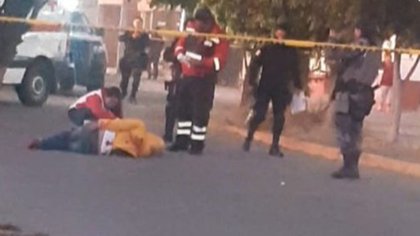 The attack against the journalist occurred before he started a live broadcast (Photo: File)

“The State Attorney General’s Office clarifies the murder of journalist Israel” N “and in an operation coordinated with @SeguridadGto @SEDENAmx @GN_MEXICO_ specifies the arrest of those accused of the atrocious crime registered on November 9 in Salamanca,” reported the agency that day.

How was the murder?

Journalist Israel Vázquez was 34 years old Y I was working covering the red note from the local newspaper El Salamantino.

He reportedly suffered a pulmonary perforation and had to be transferred to a hospital in the area where he died after an operation that tried to save his life. 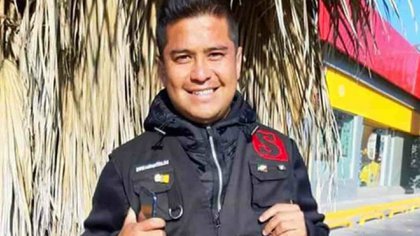 “He goes to a report of some remains found in Salamanca, arrives and is attacked with bullets”He told the local newspaper AM. Diego Sinhue Rodríguez Vallejo, governor of Guanajuato.

“We will be vigilant that these types of cases do not occur, Guanajuato had been exempt from this situation of aggression against journalists,” he added.

For its part, the newspaper in which he worked demanded through a statement that the “authorities, local, state and national, clarify this fact to give certainty and security to each and every one of the citizens of Salamanca and in our special case, to all journalists that day by day they put their lives at risk in the performance of this noble task ”.

Worldwide, Mexico is in sixth place in the countries where the most murders of journalists go unpunished. That is to say, it is a place in which most of this type remain unsolved and the murderers are in total freedom. On the western side, it is the country in which there are more crimes of these. 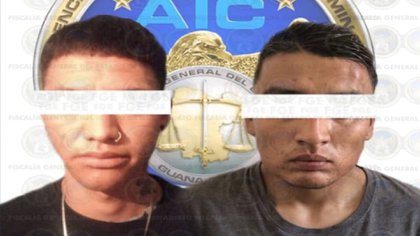 Martín “N” and José “N” were apprehended on November 15 (Photo: Attorney General of the State of Guanajuato)

Currently they add 15 journalists killed so far this six-year term of President Andrés Manuel López Obrador, according to the count in Article 19.

Until the month of October, the figure of murders of journalists who remain unpunished In Mexico, this year, it is 26, four less than last year when CPJ counted at 30. Then they explain that in the last 12 months the Mexican authorities obtained convictions for some of the material authors of the murder of journalists such as Miroslava Breach Y Javier Valdez. But the masterminds of both crimes remain without trial for them.

“He must have been more aware of it”: the outrageous response of the mayor of Salamanca to the murder of journalist Israel Vázquez

Reporter Israel Vázquez was assassinated in Salamanca: he was shot minutes after making a live link

Case of Israel Vázquez: CNDH had urged funds for the protection of journalists since September