The GSMA, the association in charge of organizing the Mobile World Congress in Barcelona, ​​has just announced that it has reached an agreement with the Ministry of the Interior of the Government of Spain to allow international attendees to MWC 2021 to enter our country.

Currently, due to the restrictions imposed due to the pandemic, those citizens of countries not belonging to the European Union cannot enter Spain. However, there are some exceptions, such as “highly skilled workers”. The GSMA has agreed with the Ministry of the Interior to include “exhibitors, attendees, sponsors and partners“in that category. That way, all those registered to attend the Mobile World Congress will be able to enter the country.

“A resounding vote of confidence”

As the GSMA states in the statement, the registration process has been adapted to accommodate this “international business travel policy.” All people who are going to participate in MWC 2021 who are from outside the European Union and the Schengen Area will have to complete the registration process and provide the relevant information to the Spanish government for visa and border control.

Obviously, there are certain limitations. Exhibitors, attendees, sponsors and partners may enter, but not those who wish to enter Spain as a tourist or for any reason beyond the MWC, those who “reside in high-risk Covid-19 countries, as determined by the Spanish government” and those who have restricted access to Spain for any other reason.

In exchange for this agreement, the GSMA will share with the Spanish authorities the data of the people registered in the MWC “to facilitate their entry into the country.” According to the GSMA, “this change allows those registered who are currently denied entry into the country, including citizens from China and the United States, to enter Spain in order to attend and do business at MWC21. “. 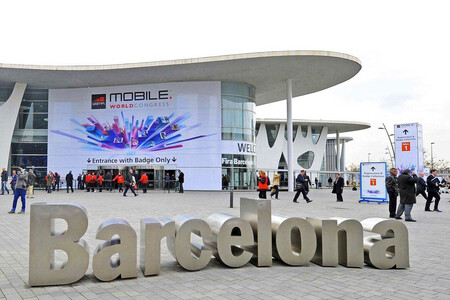 John Hoffman, CEO of the GSMA, has said that the health and safety of all participants remains the highest priority and that “this decision is a resounding vote of confidence in the careful planning carried out to date and in our strong collaboration with the different political parties in the host city. “

The GSMA announcement comes amid the trickle of cancellations. As if it were last year’s edition, not a few companies have already announced that they will not attend the telephony event. These decisions conflict with the commitments of the GSMA, which claims to have improved hygiene protocols and that, among other measures, will ask for negative tests to enter the building.