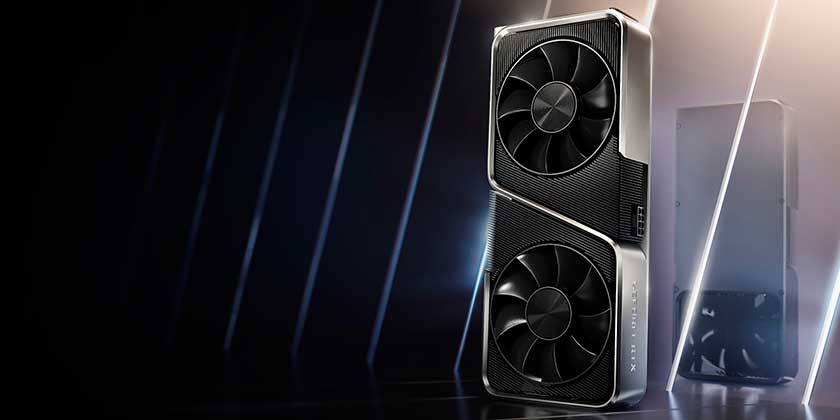 By now it is more than evident the problem of supplying the graphics cards. A crisis that affects consumers in stores, where it is difficult to find stock of certain models, and the distribution channel that is struggling to meet demand. But what is this lack of inventory due to? How long will this situation last? We review it, but we already anticipate that the light will not be seen soon.

The rise in the price of the charts has been a constant for a long time. However, since Christmas the problem has become even more acute which has caused not only that the price escalation continues, but also that there is a serious problem to find certain graphs.

“The supply situation has been very complicated for months”

Asking several wholesalers, they all confirmed the bad situation. “The supply situation has been very complicated for months, especially in the mid and high range, given the lack of supply of chipsets from NVIDIA and AMD”, explained from MCR , number one in distribution of consumer technology. The same idea was corroborated by DMI which specified that “the GeForce RTX 3060 Ti / 3070/3080/3090 lines” are the ones with the most demand problems.

This crisis does not come alone. The lack of inventory in graphics cards affects any product segment that includes these components. In addition, “it is also affecting, although to a lesser extent, chipsets for motherboards, especially entry-level in the case of Intel: H410 and mid-range: B460 and AMD in entry-range: A320 and high-end: X570 , as well as in the supply of CPU by Intel ”, confirmed us from MCR.

There are several factors that explain this crisis in the supply of graphics cards, but one in particular is essential. The new Bitcoin price take off, which is already close to $ 60,000, has once again put cryptocurrencies in the eye of the hurricane. They explained it to us from the wholesaler DMI to whom we have asked about the situation:

The rise of Bitcoin and the price increases mean that there are companies that buy more components and leave the rest of partners with a gaming or professional profile out of stock, for example.

And it is that the use of medium and high-end graphics cards for the mathematical calculations that the decryption and achievement of cryptocurrencies requires has increased since the end of last year, which has caused the demand to explode. A much more shocking explosion than the one given in the previous wave of popularity of Bitcoin and its brothers back in 2018.

It is not the only reason. The acceleration throughout the past year in the sale of equipment, especially related to teleworking and gaming, has meant that the supply was at a minimum when mining became a source of income and opportunities in crescendo again. A perfect breeding ground to talk about a full-blown crisis.

Solution? No, in the short term

Although no one knows for sure what will happen and when this crisis will be solved, the truth is that there are no signs that the improvement will be in the short term. From MCR they assured us that “the normal situation is closely linked to mining activity for the generation of cryptocurrency.”

Not only will the high demand for cryptocurrencies not make this possible, for the moment, but neither will the productive capacity of the big players in the semiconductor sector like TSMC or Samsung. These suppliers see how their productions cannot go faster, which does not help to see the light in the short or medium term.

To this high demand and to the production problems we must also add the problems that speculators and resellers are causing, who do not hesitate to buy graphics cards, processors, consoles and any technological product with a very low level of availability just to be able to drain the Stock and make a killing by selling them at much more expensive prices.

Both wholesalers and stores are adapting to the situation as they can. In the case of wholesalers, they are attending to the demand based on what is coming to them: “we receive weekly assignments of the different models from all the manufacturers we work with,” they explained from MCR. In the case of DMI, they point out that “we are receiving stock, although very limited, and we try to ensure that all customers who need it can get units at some point”.

Street vendors are also looking for clever solutions. This is how Changlonet told it from a store in Alicante: «we look for graphics under the stones, we assemble“ professional ”graphics such as Nvidia Quadro and AMD Firepro or we assemble Gamer equipment but without graphics».

Thus, 2021 is seen as a complicated year in the graphics card environment where, at least, a lack of inventory is expected until the second half of the year. In the meantime, the distribution channel will have to continue pulling creativity to continue doing business.

In your case, tell us how this situation is affecting you? Are you receiving support from the manufacturer?