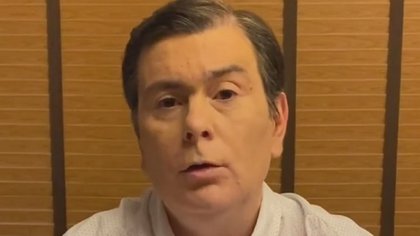 The governor of Santiago del Estero, Gerardo Zamora, took responsibility and apologized for the case of Abigail Jimenez, the 12-year-old girl with cancer who was forbidden to enter the province by car.

Through a video that he spread on social networks, the provincial president described the situation as a “Unfortunate succession of facts and errors” and assured that “It shouldn’t have happened.” “It is the State, for which I am responsible, which has failed in its mechanisms to control the health of the inhabitants”, said Zamora, who also clarified that the preventive measures that are in the national decree “exempt medical transfer issues.”

The Santiago governor made himself available to the Jiménez family and also assured that the local Ombudsman for Children’s Rights, Dr. Santucho, will intervene to remedy “any serious situation.” “Much has been said and the issue has even been politicized”, lamented the governor, and clarified that both those who make political decisions, as well as doctors and policemen are all “tired.”

The story of Diego Jiménez and his daughter Abigail, a 12-year-old girl with cancer, who were forbidden by a police officer to enter Santiago del Estero, her native province, because they did not have the necessary documentation proving why they had traveled. generated a great commotion. The video that shows how the desperate man took the girl in his arms to cross the border with Tucumán quickly went viral on social networks.

“I always bring it and they never make a problem for me. Here, in Termas, are they going to make me a problem? I take it walking “says Diego. The uniformed man looks at him and, behind the mask, asks him to “calm down.” “You are going to make it worse, sir, please,” he says. “I’m going to take my daughter, even if it’s walking,” the man replies.

Abigail, according to her parents’ account, has a tumor on her left leg that she has been fighting for five years. In 2016, the baby was transplanted and, in 2019, she had a relapse. “From that moment on, he had to undergo chemotherapy until January 17, 2020. Then he continued with palliative treatment, because the chemo was very bad for him,” the mother said through tears.

The explanation received by the Jiménezs was that, to enter the province by car, they needed a prior authorization from the Emergency Committee (COE) of Santiago del Estero. Diego, the girl’s father, told the newspaper Ultima Hora that although he had the authorization of the Mayor, they argued that he did not have an emergency permit.

“They did not pity the pain my daughter was suffering”lamented the man who, in an act of desperation, decided to carry his daughter in his arms and walk in, passing in front of the policemen. When the authorization of the COE arrived, they explained, a relative went to pick them up on the road and took them to their home.

The story of the street vendor who sells pots and wooden gardens through Mercado Pago, Galperin gave as an example and went viral on Twitter

Mirtha Legrand is back: the host will return to her program to share the table with Juana Viale