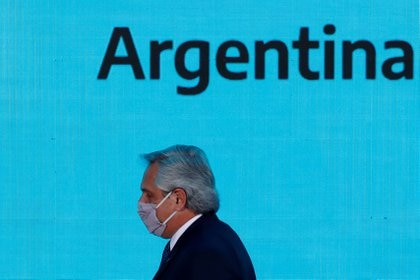 Alberto Fernández in the Bicentennial Museum in the Casa Rosada

Alberto Fernández waits for the ANMAT to recommend Sputnik V for people over 60 years old before the end of this week, if the official translators of the Executive Branch finish translating from Russian into Spanish a technical report of more than 200 pages that ensures that the Russian vaccine does not cause collateral effects in the risk group that suffers the most from the relentless task of COVID-19.

The Russian Fund for Direct Investment sent from Moscow to the Casa Rosada and the Ministry of Health that voluminous dossier that maintains that Sputnik V is effective. And since Saturday a team of translators has accelerated the march to allow the ANMAT to read the scientific bases of the Gamaleya Institute that would enable the application of the vaccine to 7,414,866 older adults who make up the main risk group in Argentina.

The Head of State, Minister Ginés González García, Health Secretary Carla Vizzotti, and Presidential Advisor Cecilia Nicolini do not speak a single word of Russian, but they have commented in the privacy of power that the scientific evidence provided by the Gamaleya Institute will be ratified by the renowned ANMAT technicians.

When the ANMAT complies with the formalities of its legal status, and the Ministry of Health issues its official report ensuring that Sputnik V can be applied without inconvenience to those over 60 years of age, Alberto Fernández and Ginés González will face the television cameras and they will put on their best smile when they receive the prick of the first dose of the Russian vaccine.

This probable staging may crown an unprecedented fact in the geopolitics of the 21st century: Alberto Fernández will be the first Western president to apply a Russian vaccine against COVID-19. And this atypical circumstance has a temporary twist that the Kremlin’s political propaganda experts would never have imagined: Alberto Fernández will use Sputnik V before Vladimir Putin. 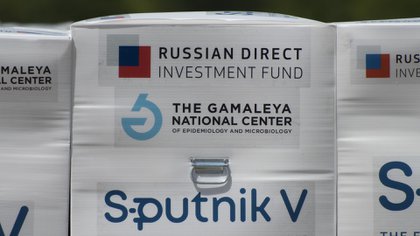 The Government has not yet decided to publish the full scientific report that would support the application of the Russian vaccine to those over 60 years of age. And faced with this political debate indoors, the community of experts that advises the President proposed the full publication of the dossier to avoid a public trial in the media and social networks that affects the majority decision of adults over 60 years of age.

It is a dissemination strategy that tries to block a possible sequence against the massive application of Sputnik V. If the Gamaleya institute report is recommended by the ANMAT and approved by the Health Ministry, but without the dossier that justifies its health efficacy , it could happen that thousands of eventual older patients decide to wait for the arrival of another vaccine when the second wave of COVID-19 has already started.

The doses of Pfizer, Moderna, AstraZeneca and Sinopharm will only have a massive landing by mid-March, and the only thing that would be at hand – if Putin lives up to his political promise – would be 10 million Sputnik V by the end of February.

In this context, the Government would face the strange paradox of administering a voluminous stock of vaccines that few would use in the face of mistrust caused by the eventual political decision to deny public opinion the scientific arguments that would support the effectiveness of Sputnik V in the group. risk of people over 60 years.

The decision belongs to Balcarce 50. And it is unlikely that Alberto Fernández will convince the undecided by smiling when he receives the first dose of the Russian vaccine, if there is no official publication of the secret dossier that came from the Kremlin to the Executive Branch.

That photo of the President will go around the world, but it would not be enough to seduce the remiss who demand scientific evidence before using a vaccine that has not yet been approved in the United States, Europe and most countries in Asia, Latin America and the Middle East. East.

Coronavirus: when will the doses that the Government already has agreed to arrive in the country and how is the vaccination plan