I sit at the desk, I have decided to dedicate this post to Antonio. You may not know Antonio Cobas, you may, when you know his career, you do not know where to start. This guy is one of the last geniuses of the old days, in the style of when you go to Egypt and see the pharaonic buildings that abound there and wonder; How were they able to do it? 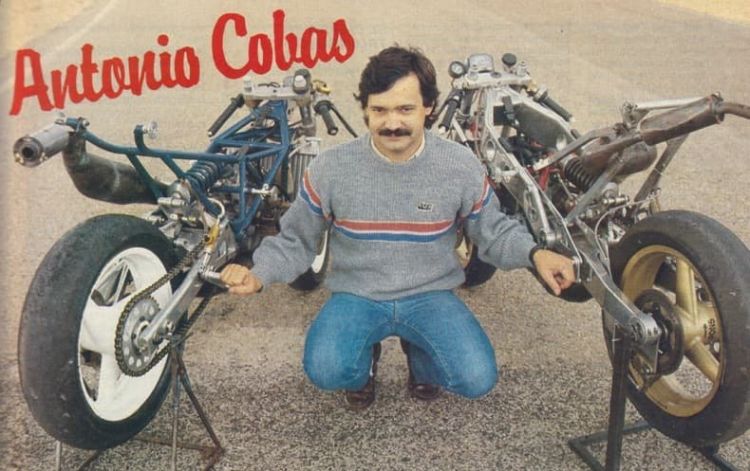 Antonio was self-taught, like almost all geniuses and rebels. Have you been to college? Tell me how many teachers have transmitted you their passion for that subject, which ones had true mastery when talking about a subject, how many did not seem infected by a boredom that even spread to your classmates. In the end, you had to turn to the book to learn and you ask yourself, what is this for? Well, a degree accredits you, perhaps it allows you to work on what you have trained, however, only a few geniuses manage to do it at their own expense. way. 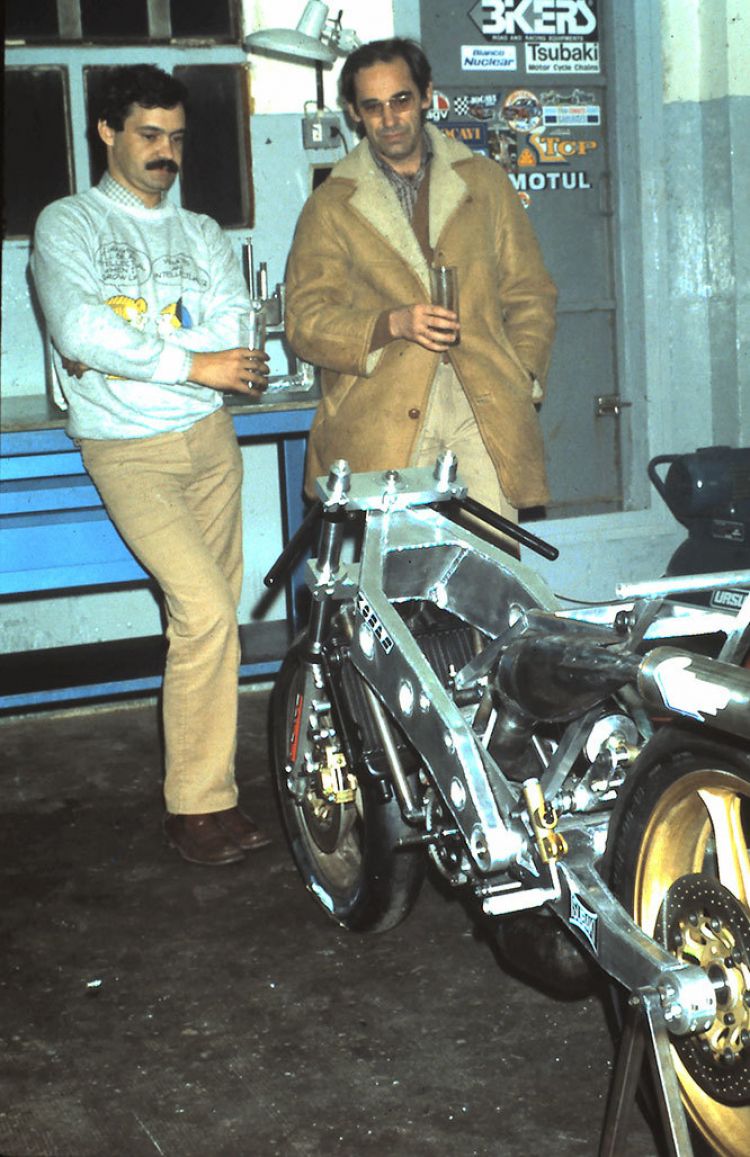 Antonio, an aquarium born in Viladecans, forever revolutionized the world of motorcycles, with such innovative solutions that you look at motorcycles today and it can give you the impression that they all drink from geniuses like him, Cobas specialized in chassis, being one of the best engineers in the world (if not the best). He started in cars, in glasses like the mythical 1430. That knowledge that the automotive world gave him, he transmitted to motorcycles.

Surely the Deltabox chassis, come remember, you will see it written even on some Yamaha.

What is the Deltabox chassis?

It practically joins the steering tube with the swingarm axle, the engine is part of the chassis, it contributed to motorcycles, especially high-performance motorcycles, a weight balance unknown to date. This type of chassis began to be used in motorcycles in the 80s, but even today, through appropriate evolutions, it continues to be used. Among its virtues, in addition to the rigidity, is the possibility of making a step around a curve faster. Commonly, it is called a double girder chassis, it is usually made of aluminum. It is manufactured in parts, where the complicated thing is to join them using increasingly modern processes. 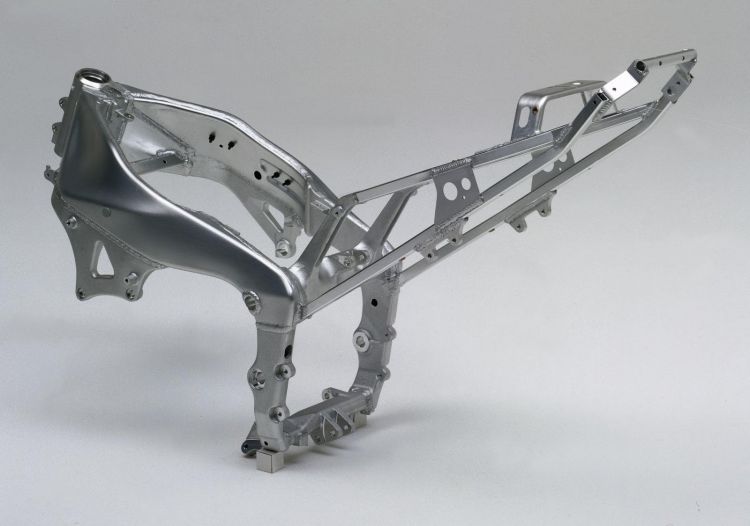 Antonio Cobas, forged his knowledge in the world of automobile competition, until he developed the Deltabox chassis, in all competition motorcycles, those with a simple steel cradle were used, Antonio finished the design of the chassis in 1978, It was a revolution because motorcycles, until Antonio arrived, used technology in their chassis derived from the 50s practically. As a result of that revolution, practically all the brands followed the line set by Antonio. Not only did it offer better performance, but with this chassis, engine parts were better accessed for repairs or maintenance. 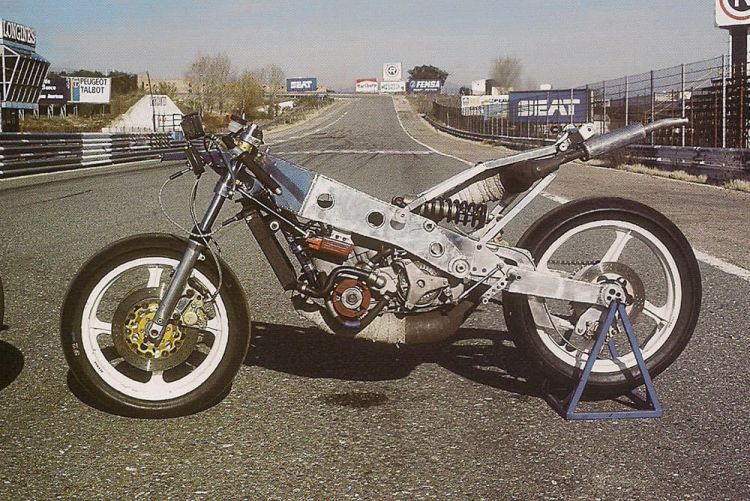 Other milestones by Antonio Cobas.

Although, his most popular invention has been the Deltabox chassis, he builds motorcycles with Cantilever, makes the first carbon fiber fairing, in the world championship, his inventions begin to work until another of the milestones in the life of Antonio and the world of motorcycles. In 1983, Jacinto Moriana joined Cobas, together they founded a mythical brand that may not sound familiar to you if you have been in this motorcycle business for a short time: JJ Cobas. 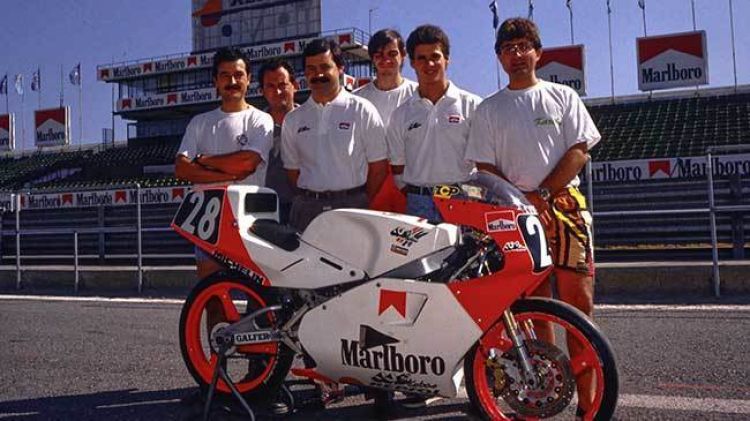 Although JJ Cobas was already well known, in ’88 his sweet years would come, joining Sito Pons, do you remember the mythical Honda Campsa? They won the World Championship for two years with Carlos Checa and Alberto Puig. In the 90s, all the competition teams had already copied the idea of ​​Antonio Cobas and his revolutionary chassis. Cobas ended up being Honda Pons technical director until his death in 2004.

The Kobas Mr1 and the Cobas TR1 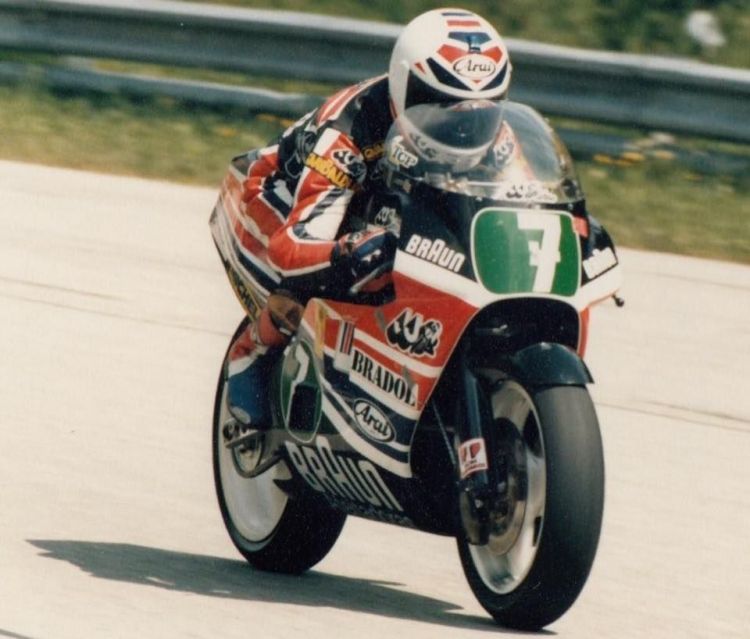 In the Tecmosa team, in which Sito Pons ran his first World Championship, after the Siroko team lost strength, the MR1 was the prelude to the successes that came later and I have related to you previously. This Kobas Mr1 surprised the world, but it evaporated like water in the desert since Antonio Cobas, founded just two years later JJ Cobas, leaving his Tecmosa team. The Kobas continued to compete in European and World Championships. 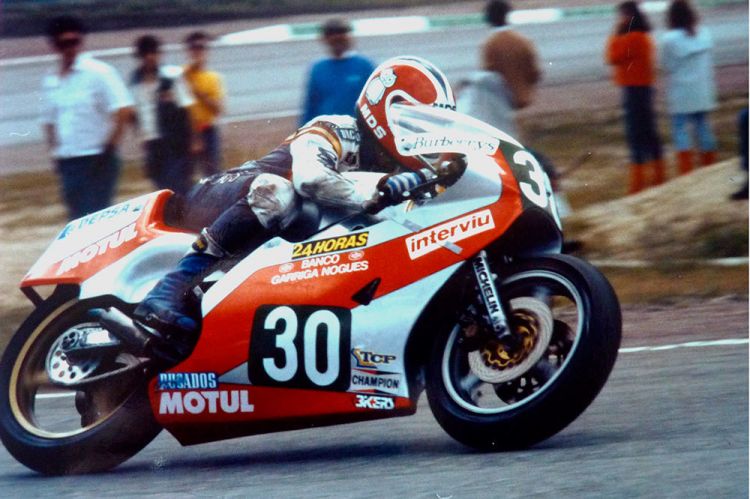 Perhaps his final blow was when Antonio took out his new bike, the Cobas TR1 that used a tubular chassis and a rotax (TR) engine, had progressive suspension and not cantilever like the TR1. It seemed that Carlos Cardús was going to elevate the name of Cobas with his new motorcycle, but in the end it was Sito Pons who, with the “old Kobas”, achieved victory. It is even said that, in the Jarama circuit, where the motorcycling world championship was held, real messes were made between the Kobas and the Cobas.

Antonio died of cancer in 2004, not before having put his magic wand on the mythical NSR 500 and the first 4-stroke Honda. Spain is a great country, but sometimes it is difficult for us to understand it to such an extent that we do not recognize our geniuses. 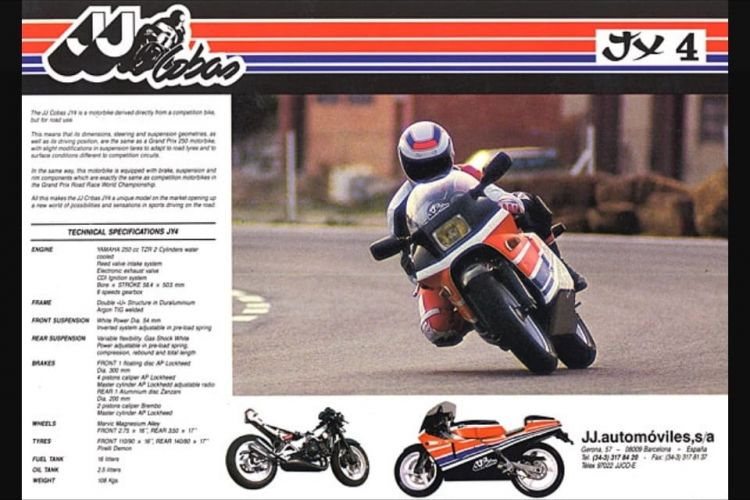 Cobas presented in Tokyo in 87 a revolutionary series motorcycle, the Cobas JY4, There in Japan it is an object of worship, a venerated unicorn and the fact is that the Japanese and that samurai temple saw in the Spanish genius a true prodigy. Here in Spain the presentation did not transcend, in fact, there was never a presentation here, among other things because of its price, it cost 1,450,000. This bike had a chassis of only 6 kg and a 250 two-stroke. This bike gives for another article, but it is curious, to say the least, the veneration for Antonio in the Far East. And above all the question remains, I know if nowadays in our country or anywhere in the world, there would be associations like JJ Cobas, in a world in which everyone shows their most vulgar part and is suspicious of sharing what they makes them great.