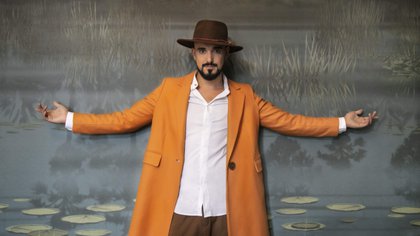 “The days go by here”, Abel Pintos wrote in one of his Instagram stories along with a cute picture of him in the garden of his housea drinking mate, holding with one of his arms his baby, Agustín, who is sleeping peacefully.

The baby, the result of the singer’s relationship with his girlfriend Mora Calabrese, was born on October 21 and just the next day he announced it on his social networks with a photo from the delivery room and a fragment of Fito Paez’s song ” A dress and a love ”. The baby He was born in Resistencia, Chaco, where his mother is from at 7:30 p.m. “Everything I say is of more, the lights always turn on in the soul”, The interpreter wrote songs such as “The key”, “One hundred years” or “Free stone”, the day after the birth.

“Happiness does not fit in our body and words are not enough to express it in its entirety. Everything we think is not enough for us because the emotion is too great. Thanks to life, which has given me so much”, the artist had written in March to announce the happy news of the pregnancy.

He even referred to fatherhood in an interview: “It is the greatest miracle I have surely experienced. Many friends had told me ‘the day you become a father you are going to see, it is something I cannot explain to you’ and they were very right ”.

“I am with emotions on the surface, hyper sensitive … My priorities changed completely. My fears also completely changed. I’m sorry to have been born again now that I am going to be a dad, ”he added in a recent interview. “It is a very learning process for me. It is an expansion of everything I know about myself. It expands infinitely “he reflected. 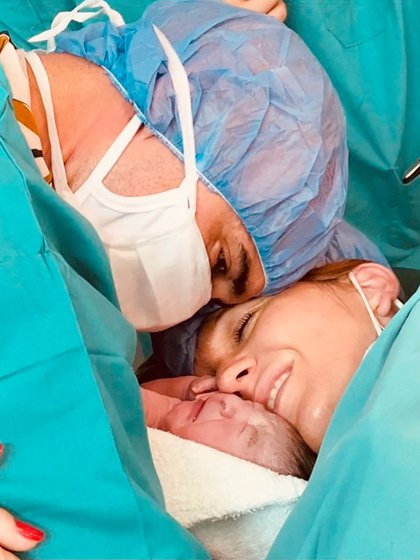 With less than a month, little Agustín would already have a song for him. “Piedra LIbre” the third theme of his father’s new album says: “I only think of you and the freedom to hold you, and I can’t wait for you to be here …”.

Although it only became known in late 2019, Abel and Mora had started their relationship in 2013 after he gave a show in Chaco. She is already the mother of a girl from a previous relationship. The courtship began at a distance since she lived in Resistencia and he had to fulfill different work commitments and his national and international tours. After some misunderstandings in their agendas, they decided to bet on love, which they live without having to hide. Even she, when her work allows it, accompanies him to the concerts he gives in the interior of the country, as well as to those he gives abroad.

About his low profile, he told Teleshow some time ago: “I was never a reserved person from a strategic position or in relation to my career or my popularity. I was not a more open person when I was not so well known and I stopped being so when I was better known, and now I return to who I was and … No. It was not all so far-fetched, I was simply a person who in order to talk about certain things had than to feel that it had a body, that it really existed ”.

The actress Maite Zumelzú is four months pregnant after looking for a baby for 15 years: “I never gave up, I was going to keep trying until I was 51”

Edward Norton: the best actor of his generation who stopped being summoned for unbearable

Pedro Pascal, from The Mandalorian: “Star Wars reflects what our reality is as human beings”