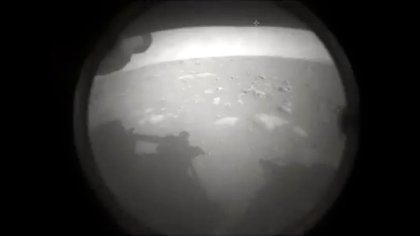 The first image of Perseverance on Mars

“Hello World. My first look at my forever home ”. With that message, NASA published the first image of the Perseverance rover robot on its social networks, just a few minutes after its successful landing on Mars.

The “rover” touched down on Martian soil around 15.56 hours Eastern United States (20.56 hours GMT), according to the US space agency, and became the fifth of these vehicles to explore the neighboring planet.

Perseverance entered the atmosphere of Mars at a speed of more than 19,000 km / h and managed to reduce speed in 7 minutes to descend successfullyminutes in which the rover separated from the ship that transported it and deployed a “supersonic parachute.”

NASA posted on Perseverance’s Twitter account a black and white photo taken from the device, which shows the grainy surface of the Jezero crater in the northern hemisphere of Mars. “I am safe on Mars. Perseverance will take you anywhere “he added in another tweet. 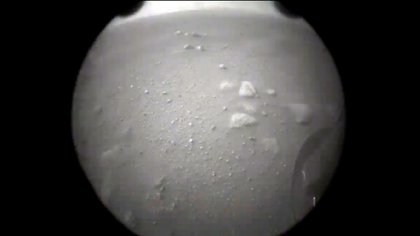 After landing on Mars, the Perseverance rover sent a pair of images from the red planet

Five minutes after landing on Mars, Perseverance was ready to begin his exploration.

Specifically, the 6-wheeled rover, about 3 meters long and 1,025 kilograms, will track signs of ancient microbial life on Mars, collect and store rocks and Martian regoliths (rock and dust) for future missions to bring them to Earth. Likewise, It is equipped with a two-meter robotic arm and has 19 cameras, two microphones and state-of-the-art instruments.

Perseverance now embarks on a multi-year mission to find the biosignatures of microbes that could have existed there billions of years ago, when conditions were warmer and more humid than they are today.

Starting in the summer, it will attempt to collect 30 rock and soil samples in sealed tubes, which will be sent to Earth sometime in the 2030s for analysis in the laboratory. 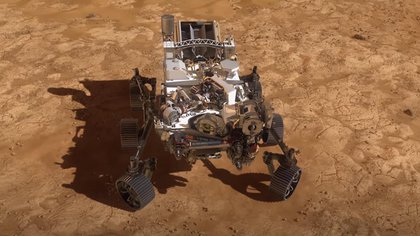 The Perseverance rover arrived at the Jezero crater of Mars this February 18 at 20.55 UTC, as planned

“The question of whether there is life beyond Earth is one of the most fundamental and essential that we can ask”said the NASA geologist Katie Stack Morgan. “Our ability to ask this question and develop the scientific research and technology to answer it is one of the things that makes us unique as a species,” he added.

NASA also wants to carry out several eye-catching experiments, including the attempt to make the first powered flight on another planet, with a helicopter drone called Ingenuity that will have to manage to rise in an atmosphere that is 1% the density of Earth. .

“What an incredible team to work through all the adversities and challenges that come with landing a rover on Mars, in addition to the challenges of covid,” said NASA’s Acting Administrator shortly after landing. Steve Jurczyk.

NASA’s Perseverance rover successfully landed on the surface of Mars

Why is traveling to Mars so important

“Landing” or “landing”? Doubts about the correct term to describe the arrival of Perseverance to Mars