(CNN) – Hidden among the highlands of eastern Oregon, USA, is Silvies Valley Ranch. Built between cattle and ranches, the place also has a luxury complex where clients can relax in a day spa, go horseback riding or play a seven-hole golf course.

But not everything is what it seems.

The ranch features the world’s first goat to be trained to be a professional golf caddy. This is not a joke, really.

Starting in July, ranch guests will be able to rent a goat to follow them around McVeigh Golf Course, instead of a human caddy.

It’s a job that literally pays for peanuts, as the goat uses a custom-designed “goat golf bag” by Oregon-based Seamus Golf to carry clubs, beverage cans and every golfer’s favorite. . 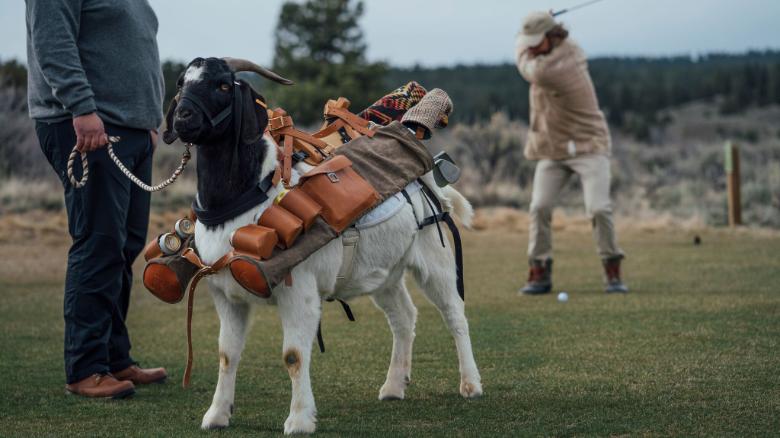 His full name is Bruce LeGoat. She is four years old and is probably the best golf goat caddy in the world.

The ranch’s “goat training program” has taught just four of these animals. However, he has plans to double that number next season. The most successful graduate of the program is four-year-old Bruce LeGoat, the caddy teacher.

“For years, the goats would go to the restaurant for professional development,” Colby Marshall, vice president of Silvies Valley Ranch, joked to CNN. “Being the responsible managers that we are, we listened to their ideas and now we have an unprecedented goat caddy program,” he adds in the same tone. 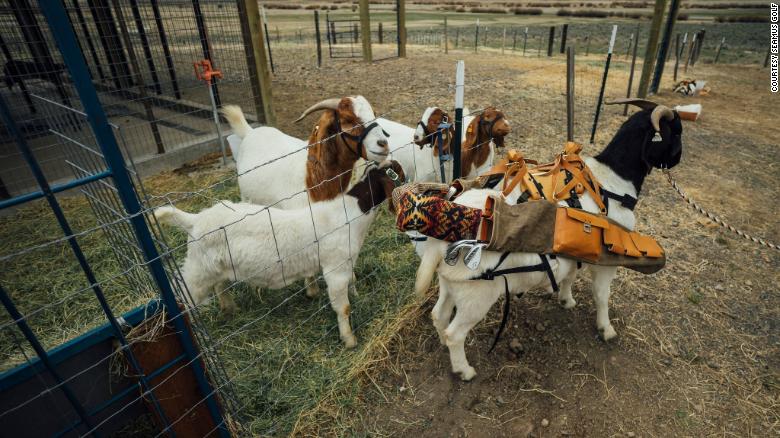 Peanuts are a delicious delicacy for goats, and are used to keep them focused on their caddy duties.

However, according to Akbar Chisti, co-founder of the company, it is an opportunity not to be missed.

I thought this is the best thing I could do. I will never have this opportunity again, so we addressed it, ”he said.

However, designing the bag for a four-legged companion was not without its challenges.

But after applying it to a “150-pound goat,” according to Chisti, they had clearly underestimated the animal’s dimensions and excretion habits, quickly returning its designers to the drawing board.

‘He was too small. We know the way the human body moves, we know how it should balance, but for the goat it was different, “he said. “The sticks couldn’t be pointing at his neck and the bottom had to be shaped outward to prevent it from hitting to the side when moving forward.”

“Goats are notorious for throwing away their waste, so we had to re-tilt the bag to accommodate that,” he added. 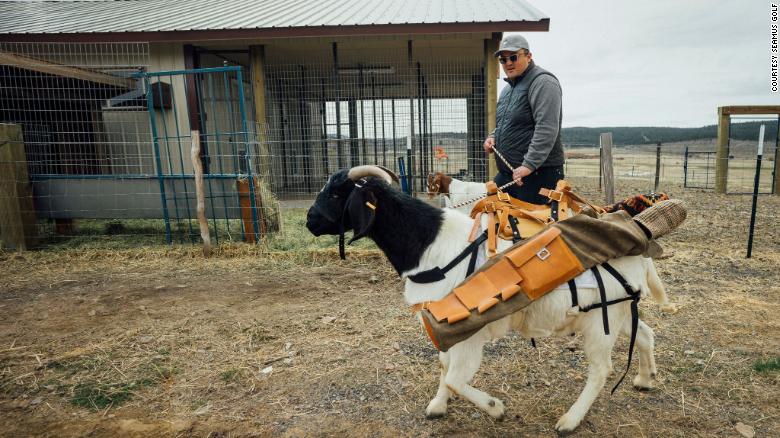 The goat golf bag was designed by Seamus Golf, whose co-founder, Akbar Chisti, is seen in this photo walking alongside Bruce.

With the equipment inside, the bag weighs just 4.5 kilos, a third of the total weight a goat can carry. However, the most important feature of the bag is the peanut holder, which became a central component in the training of the goats.

“The whole process was fun, at first Bruce wasn’t following me,” Chisti said. “So I started giving him peanuts and in no time he became my best friend, so we noticed that we had to make a bag of peanuts to keep bribing him,” he continued.

Marshall explained to CNN that goats are intelligent and sociable animals. With the added bonus of tasty peanuts, they do all the things you’d want a caddy to do. 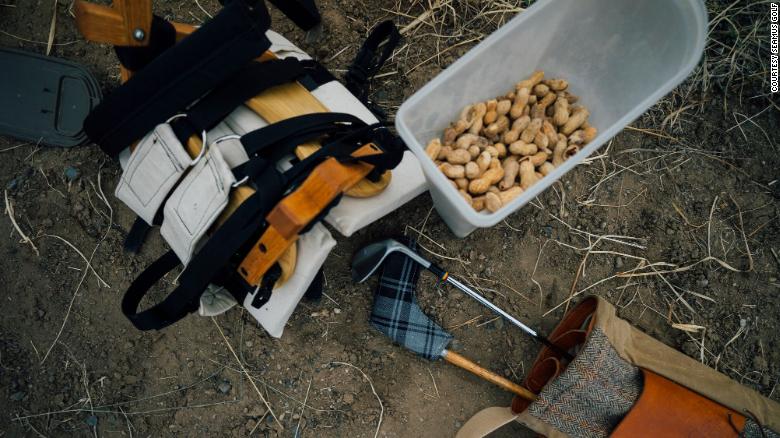 Animal welfare activists, however, wonder if goats should be used for this, arguing that they should be free to enjoy life as they please.

“The Silvies goat caddies thing is anything but cute,” Fleur Dawes, communications director for In Defense of Animals, told CNN.

«Goats think, they are individuals who feel, with desires and needs. Their bodies were never made to carry golf bags, “he added. 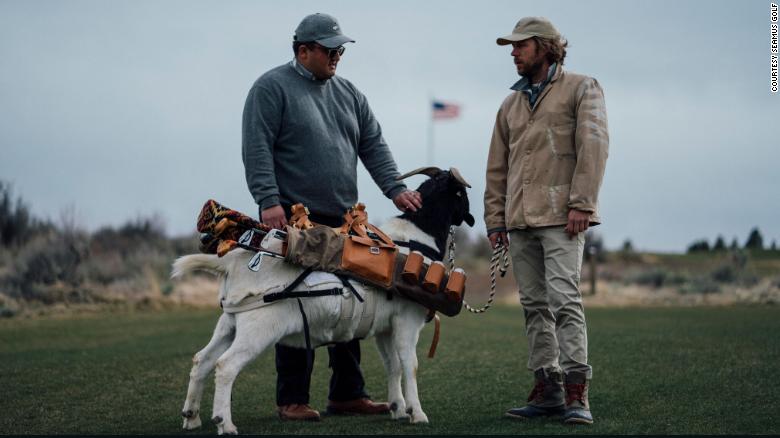 At the ranch they ensure that the goats get a 20 to 30 minute break between rounds and have a vet on site to care for them.

Marshall responds by insisting that the goats are treated with good food, clean water, and 20 to 30 minute breaks between rounds.

He also ensures that they also have a veterinarian who regularly reviews them.

“We are saving goats by giving them paid jobs,” Chisti said. “They work for peanuts!” 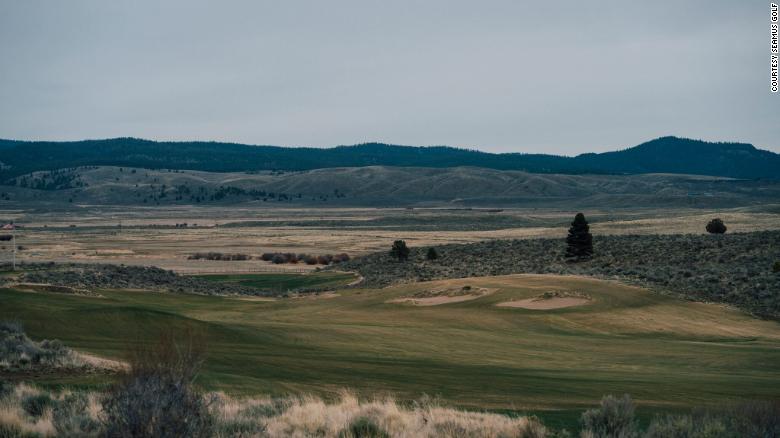 Silvies Valley has three golf courses, although only one has caddy goats.