The Dacia Duster is one of the most loved cars in the #GarajeDiariomotor. It has passed through our channel on several occasions, such as when we explain why it is such a cheap car, or when we compare it with a Suzuki Vitara. The second generation Dacia Duster has been with us since 2017, and according to L’Argus, On June 22, her face lift will be presented. In this article we are going to tell you what improvements it could bring under the arm, and if it is worth waiting a few months to buy a Dacia Duster.

At an aesthetic level the Dacia Duster will change rather little. In a video, the guys from Carropias have analyzed the changes of a 2021 version, caught in a photo without camouflage. Apparently, their front optics, the design of their bumpers, and details such as wheels or taillights will change. The truth is aesthetically, the update will be rather discreet. In the interior, great changes are not expected either, but it will be equipped with a new generation infotainment system, with an 8-inch screen.

Its headlights will feature a new light signature, similar to that of the new Dacia Sandero.

Derived from the latest Renault launches, this infotainment system will feature Apple CarPlay / Android Auto connectivity, and could have a permanent connection to the internet, beyond the classic improvements in operation and fluidity – although the Duster has a correct infotainment equipment, it is below what is expected in a car of the year 2021 in terms of connectivity and visual quality. For the moment, we do not expect the Dacia Duster to equip a digital instrumentation in his compact SUV.

On the mechanical plane, the novelty is that the most powerful mechanics, the 150 hp 1.3 TCe will be available with a seven-speed dual-clutch EDC gearbox, which was no longer available in the Duster range. The unveiling of the Duster facelift will take just a month, but sales could be delayed until September. Dacia is also affected by the semiconductor crisis, and plans to stop production in summer for a few weeks – despite having no problem selling cars. 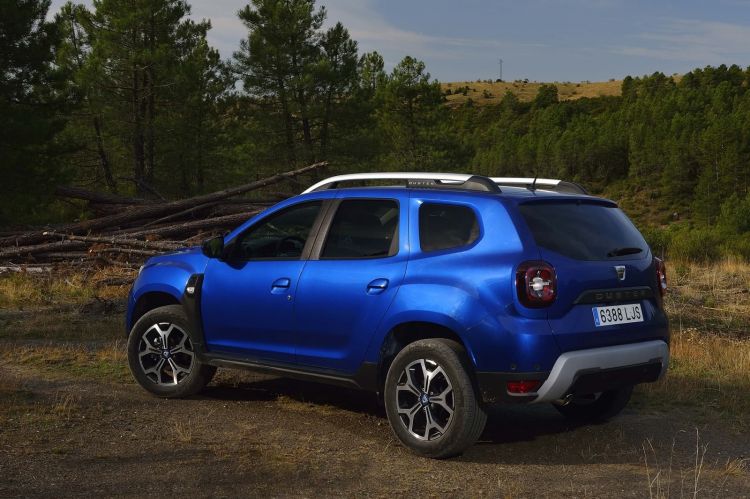 The LPG-powered version will remain. We do not yet know if the same will happen with the dCi diesel version.

Photos of the current Dacia Duster