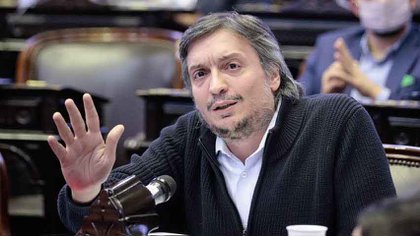 Máximo Kirchner, national deputy of the Frente de Todos and promoter of the project on fire management

Among the handful of potential regulations that the national Congress is dealing with that directly or indirectly affect the countryside, the official project that modifies the Fire Management Law is one of the most rejected in the productive sector. The initiative, which already has half approval from the Chamber of Deputies, could be dealt with today in the Senate, according to the Barbechando Foundation, and obtain the necessary votes to become law, further straining the relationship between the countryside and the national government. .

The main concern regarding the eventual approval of the project presented by the deputy of the Frente de Todos, Máximo Kirchner, lies in the very forceful period of time in which a property, lot or field will not be able to have another use than it had before it happened. a fire.

In this sense, Barbechando explains that in agricultural areas, prairies, grasslands and scrublands, any agricultural activity that is different from the use and destination that the surface had at the time prior to the fire will be prohibited for 30 years, from the extinction of the fire. Sinister. On the other hand, in the event that the affected area had native forest, the prohibition to change the mode of use would be extended to 60 years.

For the Mesa de Enlace, made up of Rural Confederations (CRA), Rural Society (SRA), Agrarian Federation and Coninagro, these prohibitions are given “regardless of whether the fires are caused or accidental” and that “seriously affect property rights and they are applied even to those individuals who are not guilty of these fires because they are accidental events or caused by eventual or malicious intent of a third party ”. 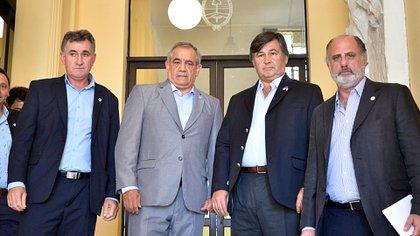 The leaders of the Mesa de Enlace spoke about the fire management project, which promotes Kirchnerism (Gustavo Gavotti)

This results in the fact that “the individual guilt of the owner of the field is assumed, in this way, affecting the constitutional guarantee of presumption of innocence, condemning in advance the producer in a prejudicial manner, who in addition to having lost his working capital or their properties for these events must face a conviction for an event for which they have no responsibility ”, warned the presidents of the agricultural entities.

For Barbechando, it is almost a fact that the Senate transforms the controversial bill into law, which has the entire agricultural arc against it, along with the Wealth Tax, another initiative that the countryside rejects at the root. “The ruling party takes it for granted that it will achieve the sanction of both laws that have been reviewed by Deputies, because they have the necessary votes, much more comfortable than in Deputies: the Frente de Todos gathers 41 senators from the rank and file that will allow it to move forward smoothly.”

Criticisms from the north

For its part, the Association of Agricultural Producers and Ranchers of the North (Apronor) issued a harsh statement rejecting outright the modifications proposed by the ruling party and considered that the fire management project is the “biggest nonsense that the field heard this year” and that its confection was “thought and created by ignorant and devoid of logical foundations”.

“It is incredible that this happens with the number of ‘advisers’ and professional officials on this issue who know that this is a joke but who opt for silence and ignore what the son of Cristina Fernández proposes. Where are the production ministers? We only hear silence ”, they added in this regard.

According to the young entity, the drought and frosts that occurred throughout the year, especially in the fall and winter, were crucial factors for the vast fires that occurred in much of the country, among the which “many hectares of winter crops such as wheat and chickpea caught fire”. To this they added the example of the fires that occurred in the cane fields in the north, where the fires consumed 40% of the harvestable area.

Based on this, APRONOR asked that “we demand that those who have the responsibility to vote inform themselves, that they investigate, that they know the field and its problems before committing an outburst that would leave thousands of families without their most valuable capital of work, the land ”.

The look of rural real estate

The Argentine Chamber of Rural Real Estate (CAIR) also strongly questioned the parliamentary initiative, considering it as “a new advance on private property” wielded since Kirchnerism and argued that banning the use of burned property “constitutes a true unprecedented state confiscation” .

“It is striking that the authors of the project, instead of making the State responsible for its responsibilities in this matter, transfer a kind of punishment to those who have already suffered a tragedy such as an involuntary fire on their property, even taking the sanction to the level to restrict the domain for a term of 30 to 60 years, “said the entity in a statement.

For the business chamber, “this inconsistency shows that the initiative being processed denotes a new attempt to advance private property, this time under the cover of a supposed environmental protection” and they assured that “to prohibit the provision of land use in Burned land – even if accidentally – constitutes a true unprecedented state confiscation. Our country does not need more legal insecurity that only serves to scare away productive investment ”.