You are a newcomer to the world of four wheels or already a veteran, probably the Ferrari testarossa be one of those machines that you would have in your dream garage. Along with the Lamborghini Countach, the one from Maranello occupied many poster walls in the 1980s and 1990s. As a good Italian sports car, however, it is an asset more apt to behold than to drive and maintain. At least so far, since a Swiss company is preparing a restomodof the model.

As we have seen on many other occasions, a restomod consists of taking an older car and updating it with modern technology without losing an iota of the essence that makes it an icon. That is precisely what he is doing on Swiss soil Officine Fioravanti with the Testarossa, and has just revealed the first photos of a unique restoration still in development. While many of the key details remain under wraps, the horse is understood to host a multitude of modifications.

For example, it features several enhancements to the chassis that promise to hone the handling and make it more enjoyable (and capable) of driving at low and high speeds. Among these updates we can find a package of Öhlins electronic shock absorbers and adjustable stabilizer bars, which will grant an enviable cornering for a car with almost four decades behind it. This will also help a weight reduced by 120 kg, although it will come substantially better equipped. 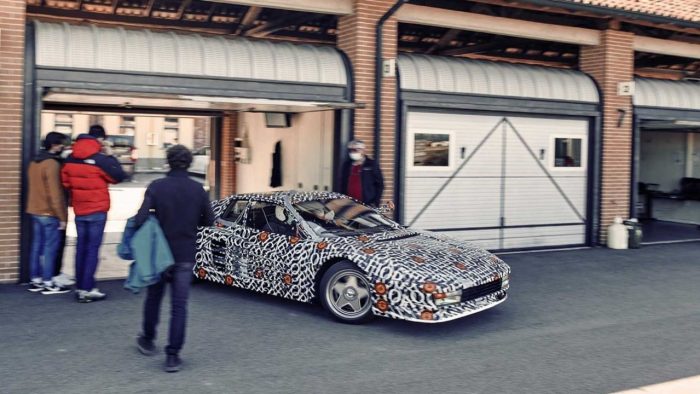 According to Autocar, Officine Fioravanti has modified the 180 ° V12 engine –Which is not a boxer engine– 4.9 liters of the two-seater and, although it is not yet clear how much power it could have, the company aims for a 320 km / h top speed, much more than the tip of the original Testarossa of 289 km / h. The legendary Italian supercar will also feature a bespoke titanium exhaust system, a Brembo-signed brake set – with ABS – and traction control, unheard of in a car from the 80s.

A set of new alloy wheels has also been developed that mimic the original five-pointed star and are wrapped in high-performance tires for the occasion. “We listen carefully to the needs and wishes of the vehicle,” says the Swiss design house in the official statement. “We patiently take care of every aspect. Few minor details have been changed in stylistic terms, in which a timeless design is not compromised but enriching its purity ”, adds the company. 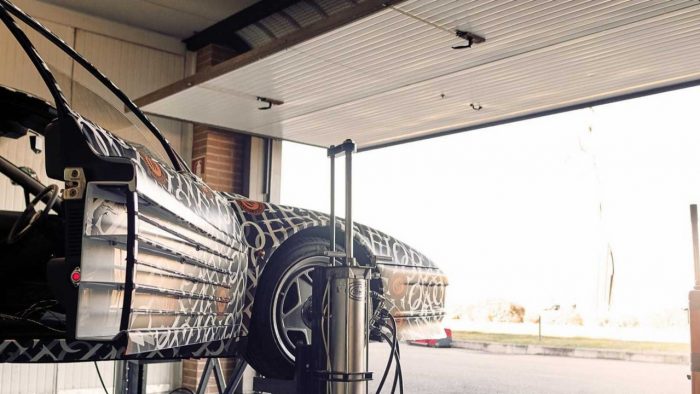 Officine Fioravanti has taken the trouble to completely wrap their creature in camouflage vinyl, so we don’t know the extent of the exterior modifications. We can say however that wedge-shaped silhouette has not been significantly altered. The folding headlights, the A-pillar-mounted rear-view mirror and the side strakes of the original model, design cues that defined the Testarossa, are also maintained. The only visual adjustment that is difficult to hide is the four tailpipes.

As is often the case with modernized rebuilds, the interior takes on the kind of technology and luxury features the donor vehicle could only dream of. In the case of the Officine Fioravanti Ferrari Testarossa, there are no images yet, but we are told that such updates will include a state-of-the-art infotainment system with integrated navigation, aluminum trim where Ferrari employed plastics of questionable quality, and upholstery of premium leather.

Details on pricing and availability have yet to be released. What is almost certain is that the remastered Testarossa It will arrive as a limited edition model with a correspondingly high price.. Officine Fioravanti has mentioned to Autocar that his full uncover will arrive “in due time”. We can’t be more excited to see the rebirth of this icon from the 80s, but we will have to be patient in the meantime. 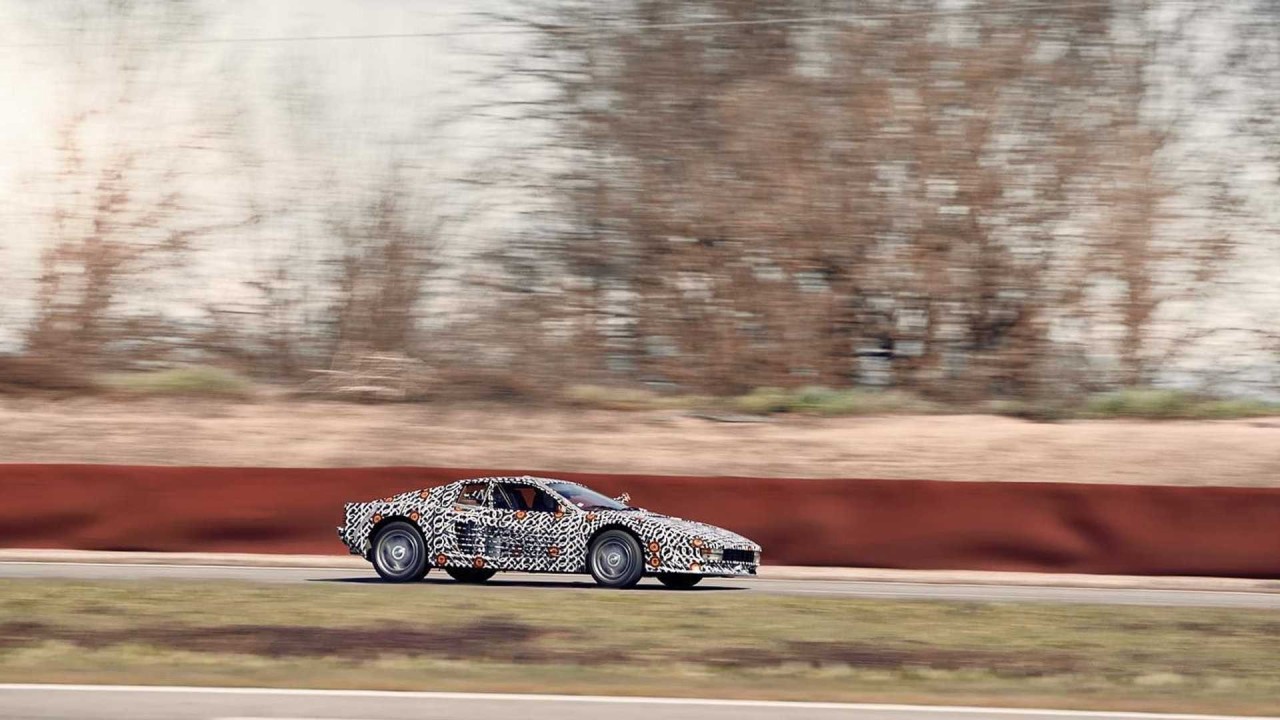