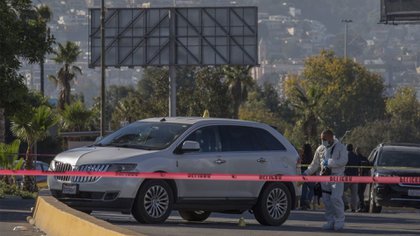 Tijuana, Baja California is a key point for the transfer of drugs to the United States (Photo: Cuartoscuro)

The corridor Tijuana (Mexico) -California (USA) concentrates 75 percent of fentanyl that enters the American Union through the northern border of Mexico. This drug that is manufactured in Mexican territory with chemicals sent from ChinaIt is the most lethal and leaves the largest profit margin for drug traffickers than any other drug. Still, its seizures in Mexico are rare. According to authorities, the low weight required for each dose of the opioid makes tracing and seizures difficult.

The consumption of this drug, one of the most addictive and deadly, is increasingly common, so that criminal organizations have seen in it a business 20 times more profitable than heroin.

Its demand and competition in the market have caused more overdoses, because the cartels are using more harmful (and cheaper) chemicals to make the drug work and make more profits, that is, the drug traffickers are looking at how to substitute one drug for another or how to combine it .

The DEA has found that chemical precursors for fentanyl are sourced from China. From there they are sent mainly to Mexico — sometimes through the United States, other times directly — for manufacturing and transfer to the United States.

As noted in various reports, fentanyl users describe that they feel pleasure and forget all worries, happiness and that they go out of their consciousness. This week, in Tijuana, in the Infonavit neighborhood, the death of two men who suffered an overdose of said drug was reported. Two other men managed to save themselves thanks to the emergency services. 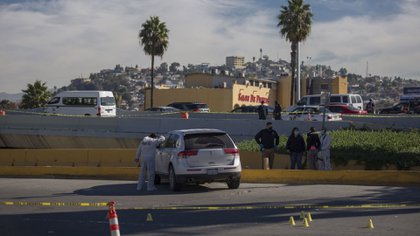 Two bodies were found inside a truck in Tijuana, Baja California (Photo: Cuartoscuro)

Violence in Tijuana: in a single day they found human remains, two bodies and a man was killed