It’s been almost 10 years since you shot The Hunt with Thomas Vinterberg, but he seems to have been mulling over the story of Another Round for years.

Yes, I think it was around 2013 that he first spoke to me about this story. They were loose ideas about alcohol, the effect it had on people. He told me about Churchill, Hemingway. But then it changed and when I read the script it turned out to be everything I would have hoped for. It wasn’t about alcohol, it was about embracing life, not living jealous with the past or the future, being at peace with the present. I loved.

The film finds these characters in a moment of stagnation, in the midst of a midlife crisis. A familiar feeling?

I guess because of my work, people will think it’s not: you meet new people all the time, you travel. But yes, every so often you stop and ask yourself: “Am I doing what I want to do?” In my case, I think I am lucky because I am good at following my intuitions. If I feel that something is not working, I ask myself what can I do, how can I change it.

Another round is not about alcohol, but it is an interesting premise. What is your personal relationship with alcohol?

I was probably about 13 when I first drank. I have a brother two years older than me and, even if you are not of legal age, there is always someone who can buy alcohol. But alcohol has been part of my culture and of any culture in the world for hundreds of years.

It is a test for any actor. But some of us have been rehearsing for 35 years [risas]. I guess it’s easier what we do in most of the movie: when you’re drunk, but you’re trying to hide it. And then there’s the other extreme, which is almost slapstick. We try all those levels of drunkenness while sober.

Another Round, by Thomas Vinterberg Henrik Ohsten

Didn’t you need alcohol for the final dance scene? You haven’t danced in a long time, was it fun or was it a challenge because you weren’t in top shape?

[Risas] Thomas wanted that scene to be in the movie, yes or yes, although I disagreed. It wasn’t fun, it was a lot of pressure for me, how did we do it so that it didn’t seem forced or pretentious? But the important thing was not the dance, Thomas did not want a Bollywood scene, the important thing is why it explodes like this, after all the good and bad that has happened in recent weeks. Those movements are from someone who wants to embrace life and also wants to drown in it.

[Se ríe] No, no, I worked with a choreographer. I had some previous ideas and from there we created what is seen, adapted to the place where we shoot.

But you were a dancer before you were an actor. Don’t you dance anymore?

I never dreamed of being a dancer. I really enjoyed those 10 years of my life dancing and I thank them because they opened the doors of the theater for me, they taught me another way of expressing myself. But I don’t dance anymore. 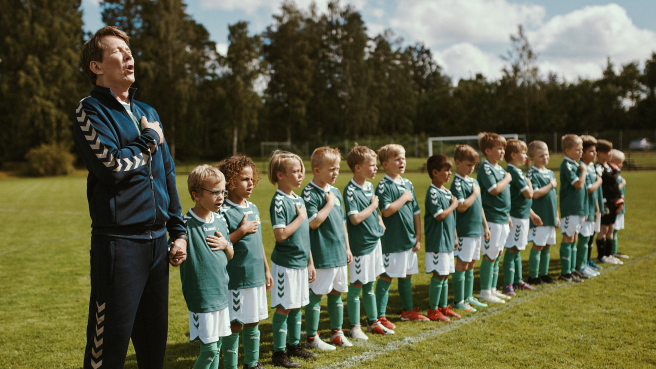 Another Round, by Thomas Vinterberg Henrik Ohsten

Your career has always gone from small to large and vice versa. From Torremolinos 73 to Casino Royale, from Hunting to Rogue One or the Hannibal series. Are you more comfortable in movies closer to home like Another Round?

I think I’ve always been lucky to be able to work around the world, to change a lot of registers, to be able to modulate ambitions. I feel very satisfied in both worlds. I grew up, like so many, watching Hollywood movies and, suddenly, I love being part of that industry. But I couldn’t do just that or just this kind of drama. Sometimes you also want to have a sword in your hands. 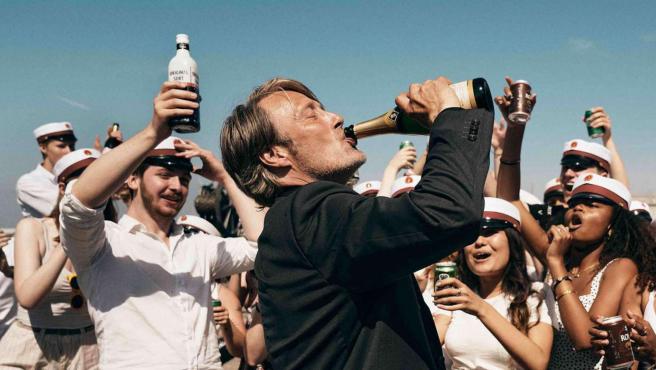 But it is true that in these great productions it seems that they see you more as the villain. Although there are exceptions.

Yes, I have done a few villains in Hollywood, but also normal and crazy people. Also, I think the villains of today are not those of the cinema of 40 years ago, bad, terrible, that are scary. Now they may even be somewhat right. And in that variety of villains you find very different roles.

And why do they see you in those roles?

Because I have a funny accent, I guess. [Se ríe].

However, at the other extreme, Vinterberg has given you roles of normal men, middle-aged, even boring like this one from Another Round or The Hunt.

If true. If these two teachers have something in common, it is that they are completely normal people, they don’t hide anything. It is the interesting thing about Thomas’s cinema, in that normality that we can all recognize ourselves suddenly finds a dramatic turn that turns everything upside down.

Yes, it is part of the process. The most disappointing, even depressing thing about having a birthday is that it is no longer just a number, because every time you have less and if you like life, it is terrible. My parents both died last year and, in addition to being very painful, it gives you a reality check: this is life. But you can’t live with the fear of death either, it’s stupid because death always comes. As the movie says: “I used to be a good teacher, what happened?” If you are unwell, you have to find again your love for work, for life, for your family … that’s why the film is very intense.

Another round opens on April 9.