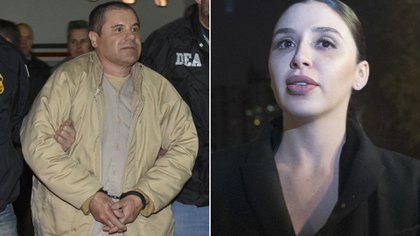 TO Emma Coronel and Joaquín “El Chapo” Guzmán unites them not only their marriage, now also a fateful date: the February 22.

And it is that both were arrested on the same date although seven years apart.

This afternoon it was learned, through information from the US Department of Justice, that Emma Coronel had been arrested in Virginia for international drug trafficking.

“According to court documents, is accused of participating in a conspiracy to distribute cocaine, methamphetamine, heroin and marijuana for import into the United States. Furthermore, it is alleged that Coronel Aispuro conspired with others to help Guzmán in his escape from the Altiplano on July 11, 2015, a prison located in Almoloya de Juárez, Mexico, ″ said the agency’s statement. 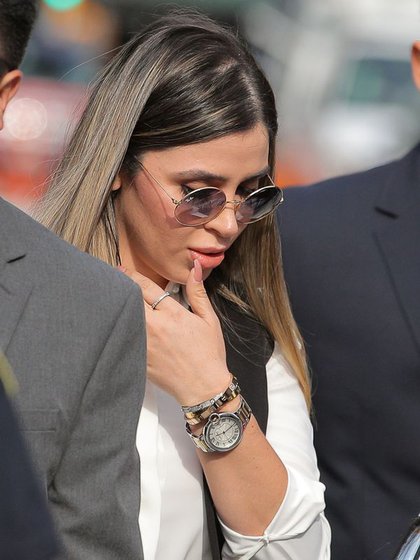 Emma Coronel was arrested in the US for drug trafficking (.)

The indictment against Coronel is based on investigations by FBI Special Agent Eric S. McGuire who, he said, obtained information from other agents, including communications in Spanish that were translated into English.

The blow for Emma Coronel came on the same day, but seven years later, that Chapo Guzmán was captured by Mexican authorities, after more than a decade on the run.

Was the Saturday, February 22, 2014, at 6:40 in the morning, that Guzmán Loera – then the most wanted drug trafficker in the world – was captured at number 401 of the Miramar condominium, in the port of Mazatlan, Sinaloa. 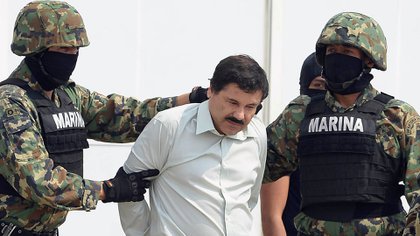 Thus ended a 13-year persecution, which began when El Chapo escaped from the maximum security prison in Puente Grande, in Jalisco, on January 19, 2001.

During all that time on at least five occasions rumors of his capture arose with force, but it was only until 2014 that the arrest came.

The siege against the drug trafficker had tightened between February 13 and 17 when they captured hitmen and security chiefs of the Sinaloa Cartel.

Finally, the long-awaited capture, which was immediately announced by then-President Enrique Peña Nieto, via Twitter. 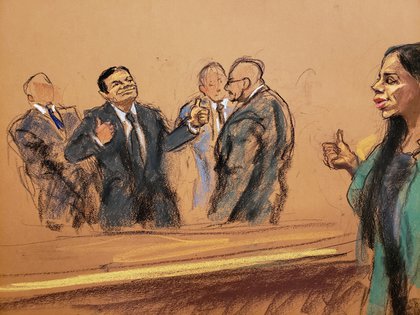 The farewell of Emma Coronel and El Chapo after the verdict that sentenced him for life in the US, in February 2019 (.)

Jesus Murillo Karam, who served as Attorney General of the Republic, the operation was “flawless” and, without firing a single shot, they captured the drug trafficker and another person.

It was the final thrust of a strategy that took months of planning.

The same planning that, it seems, was behind the arrest of Emma Coronel, because in the report offered by the US authorities details of an investigation into the former beauty queen that uncovered her alleged participation in the El Chapo escape plan were shared from the Altiplano prison, where he was sent after that 2014 arrest (and from where, in effect, he would escape in July 2015).

For now, the arrest of Emma Coronel has had a great echo in the Mexican and international press.

This February 23, he will have his first appearance before the authorities, via videoconference.

What did the letters that Emma Coronel delivered to the Sinaloa Cartel on behalf of Chapo say and that they now have her under arrest in the United States How many years could Emma Coronel spend in prison if she was found guilty of drug trafficking The arrest of Emma Coronel in the United States: who is Mariel Colon Miro, the lawyer who will defend Chapo’s wife Emma Coronel was arrested: end of her story with Chapo Guzmán and a fairy tale that was never