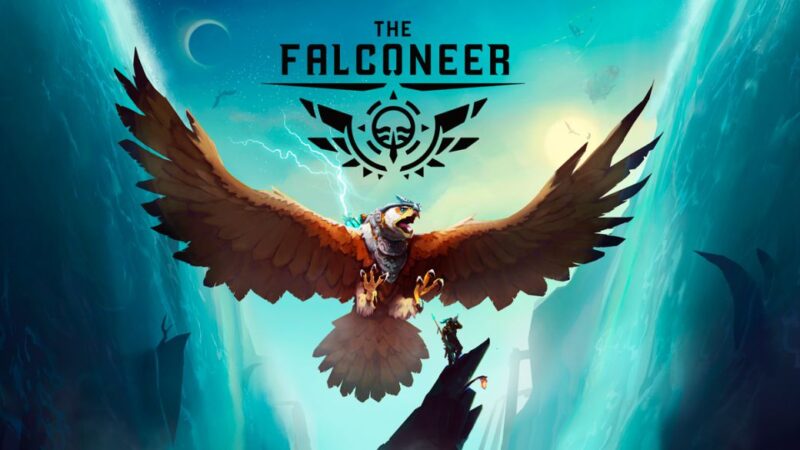 The new generation is here and with it comes The Falconeer, one of the few new titles that have reached a generation that promises to be mind-blowing. Let’s see if this game created by Tomas Sala practically solo and edited by Wired Productions fly high or not, which is clear that we can only thank you for choosing the Microsoft ecosystem for its launch and that is to be appreciated.

I have to say that it took me a bit to get into the history of this title, a huge amount of text that is difficult to assimilate, we would have liked to see that story in motion.

In The Falconeer we will meet in a world called Ursee, a place dominated in its greater percentage by ocean where small islets can be seen.

In these islets we will find the different factions that are submerged in military wars to control the little land that remains on the planet.

The story will be divided into a prologue and several acts, each act that we liked will be seen from a different point of view. 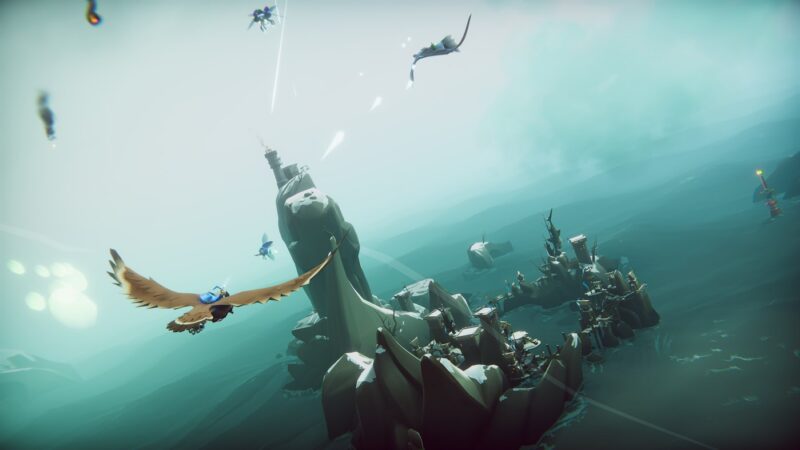 Each faction as I say will tell us a part of the story and this is very cool to us, the pity is that we did not notice a change in the gameplay or in the game mechanics and with this loses a bit of bellows wanting to know the turns that you already have. I say it has and very good.

This is a plane game basically with a good mix of RPG, as I said before we will have to carry out missions once a small tutorial is finished where they will teach us the main controls of the game. Here I have to say that the tutorial is not explicit enough to understand what The Falconeer is about.

The gameplay will be simple, fly and destroy enemies, this will be the main mechanic of this title that at the beginning once controlled our hawk is quite gratifying but that little by little it is diluted entering a worrying monotony.

Each pilot changes in each episode and having different statistics we will have slight variations when entering combat.

The shooting mechanics are pretty cool since each mount will have its own armament And the ammunition is still quite abundant in the beginning and adding that we can buy it, we can also have an overload in the containers that carry it and explode, with that prepare to die.

In the scenarios we will find air currents that are highly recommended to catch Since thanks to them we will fill our energy bar as well as doing dive, this will serve to use speed or flips to the sides to avoid enemy shots. 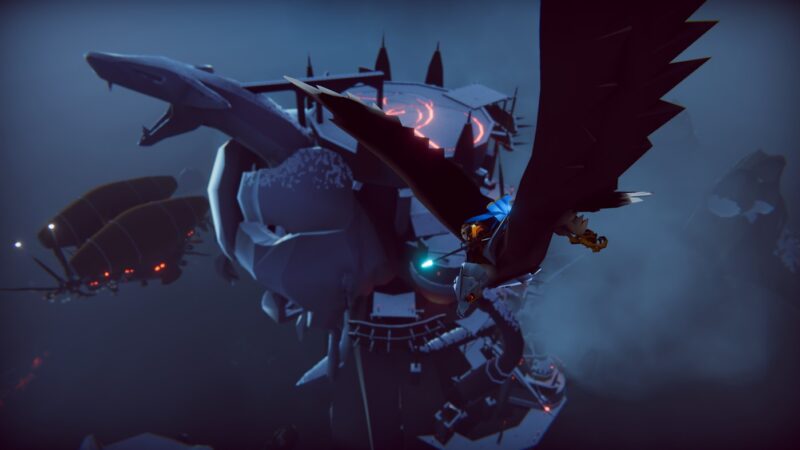 Before the fighting we can buy with money that we get especially by doing missions to bring this from such a point, destroy or escort such a thing, etc. Once at the indicated point they will give us these coins to buy potions for our beast to gain strength or speed among other options or buy new weapons.

The Falconeer does not finish hooking me What’s wrong?

I think that the main problem that I find so that I do not get hooked is the lack of variety and the low rhythm of the game that we find when we are slowed down after relatively short fights and tremendously repetitive roads.

It reminds me a bit of the beginning of Sea of ​​Thieves, technically the gameplay is very cool but I find it very lacking in content or at least in variety.

The difficulty at the beginning was quite complex but more because of a bad explanation of what to do at certain times than because of the difficulty of eliminating our enemies. At certain points our captain will give us several consecutive coordinates of interest that once you finish the second after dying and repeat several times you have forgotten them.

The duration will depend a lot on your skills as a pilot but once again monotony has a lot of weight in this section and it has cost us to play more than an hour at a time in each session.

The Falconeer looks great that’s right On Xbox Series X where we carry out this analysis or from Xbox Series S we will enjoy it 100% reaching between 4K / 60fps or 1080 / 120fps If your television allows it, it is clear that it is a game totally designed for the new generation. So much so that the patches that Tomas Sala is releasing first reach these and PC, then they will reach Xbox One X. 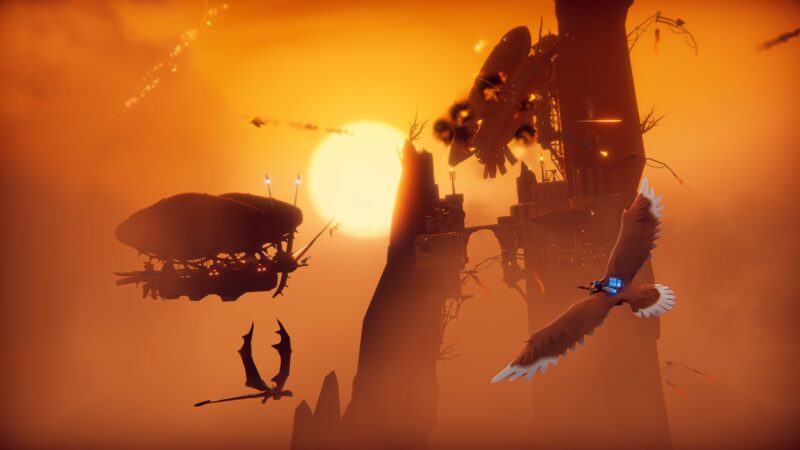 Although it is true that being a giant map we will see very repetitive areas, we cannot ignore that both storms and sunsets will make us enjoy memorable visual moments.

The soundtrack complies perfectly and it seemed to us according to what we see on the screen both in moments of travel and when we go into combat and in both cases it is quite charismatic.

Regarding its operation, despite the fact that it is difficult to get hold of the controls at first, they are quite well implemented and after the first 30 minutes you can even freak out a bit and go through the ocean or even submerge yourself in the water with great ease.

Perhaps the final conclusion is a bit long, but I don’t want to leave the feeling that I didn’t like the game by putting buts in one of the main sections, such as gameplay. The game is fine and gives a different touch to this genre and above all let’s not forget that this madness has been developed largely by a single person. Without a doubt that has a lot of merit.

I have to highlight its artistic section that looks very good and the soundtrack that gives us moments of relaxation and high quality action.

We can put buts on The Falconeer, of course we can, but not because of a bad job that in conditions of one more launch goes unnoticed but it is that it does it together with a new generation console and as one of the only exclusive exit games with what this weighs a lot and it is inevitable to want to see their full potential.

As I said before, it reminded me a lot of the beginnings of Sea Of Thieves, a game with a very promising beginning but that with the passing of the minutes became something monotonous and meaningless as it was excessively linear and lacking in content.

Perhaps with future content updates or with the arrival of more people who can contribute ideas to this tremendous project by Tomas Sala, I can say the same thing I say now with Sea of ​​Thieves (for my top 3 from the last generation). 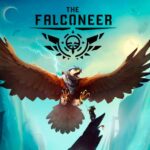