The accelerating rate of extinction of species could endanger the health of ecosystems around the planet. This could be due, among other causes, to the impact of the extinction of certain species whose role is key in maintaining the functions and services that ecosystems provide.

This is the main conclusion of a study published by Science Advances, an international consortium in which it participates Francesco de Bello, researcher at the Center for Research on Desertification (CIDE), a joint center of the Higher Council for Scientific Research (CSIC), the University of Valencia (UV) and the Generalitat Valenciana (GVA). For this, they have analyzed the functions of 75,000 plant and animal species, of the more than a million considered in danger of extinction, estimating their importance in the functioning of terrestrial ecosystems.

The work is led by the researcher from the University of Tartu (Estonia) Carlos Carmona, of which Francesco de Bello was a previous supervisor, and shows that the extinction of species considered endangered by the International Union for Conservation of Nature (IUCN) would significantly modify, on a global scale, the range of functions performed by freshwater plants, mammals, birds, amphibians, reptiles and fish in ecosystems.

The balance of ecosystems does not depend, therefore, only on the number and variety of species that compose them and their relationships, but also on the role that different species play in maintaining said balance.

From the shrews and the duckweed until blue whales and redwoods, animals, and plants exhibit extraordinary variability in their functional and morphological characteristics, including wide differences in size, weight, shape, or reproductive capacity. These characteristics determine the role that species play in ecosystems, and also how they respond to the different impacts of global change.

The balance of ecosystems does not depend, therefore, only on the number and variety of species that compose them and their relationships, but also on the role that different species play in maintaining this balance. This functional diversity implies considering that not all species have the same role and that different species may intervene in the different processes that take place in ecosystems, being able to exercise different or similar roles.

Thus, some particular functions performed by a taxonomic group as freshwater plants, mammals, or fish, they may be redundant among many species or only supported by a few. If these functions are highly redundant, extinction of part of the species is unlikely to strongly affect the functions of the whole group. On the contrary, if certain functions are performed by one or a few species, their disappearance will lead to a reduction in the overall range of functions. 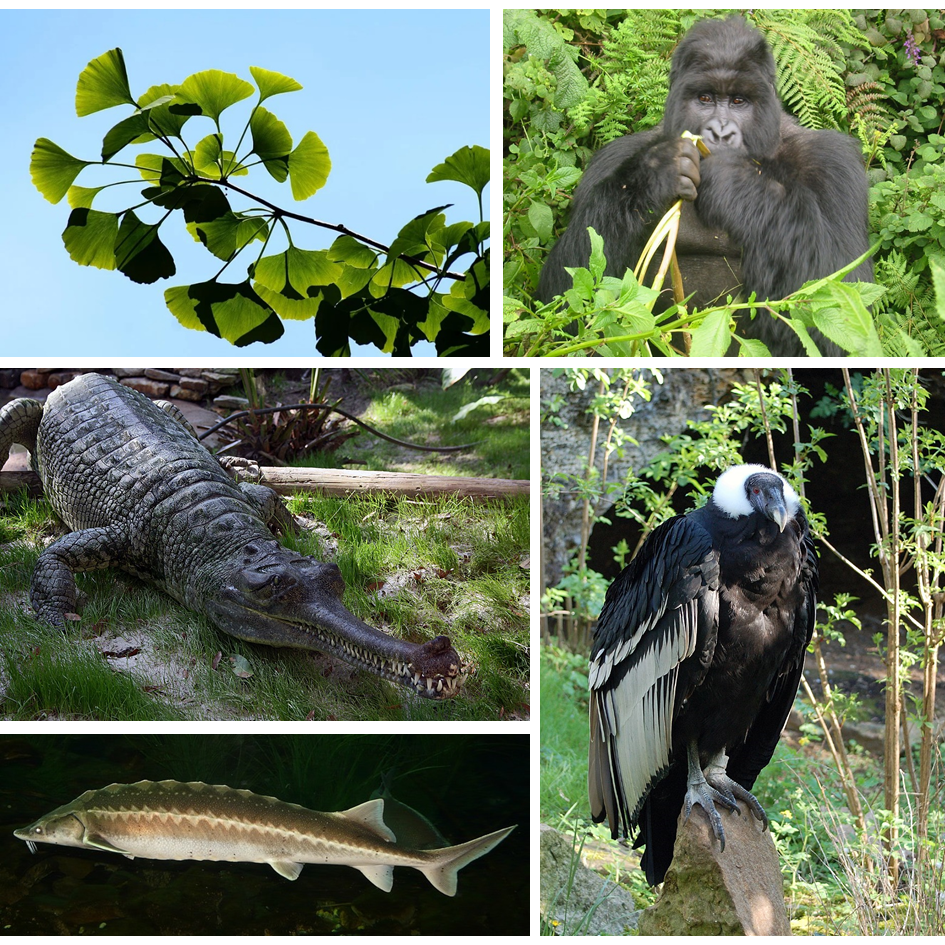 One million species in danger of extinction

In the current context of global decline in biodiversityWith one million species estimated to be in danger of extinction, it is important to determine to what extent these extinctions will alter the functional characteristics of plants and animals. Through the analysis of phylogenetic information and various functional traits (morphological, physiological and phenological characteristics) of more than 75,000 species, the global functional spectrum of each of the groups studied has been characterized.

“We use information on functional traits of 39,260 species of vascular plants, 4,953 mammals, 9,802 birds, 6,567 reptiles, 6,776 amphibians and 10,705 freshwater fish from different published databases. For each of these groups, we choose a set of fundamental functional traits associated with different key aspects of their ecology ”, explains CIDE researcher Francesco de Bello.

According to this work, more than half of the species are responsible for less than 20% of the functions performed by these groups, which implies that 80% of the remaining functions are performed by a few species, with unique functional characteristics, of which there are not many other functionally redundant species.

Over the next century, if the extinctions According to IUCN predictions, the functional decline would be between 0.3% (for reptiles) and 5.1% (for freshwater fish). Although this decline is still limited, it would be accompanied by a significant increase in the range of functions that a single species would support (from 17% to 23% depending on the group), increasing the impact of future extinctions.

Since the risk of extinction is not randomly distributed, but rather the species with the largest sizes, great longevity and late sexual maturity those that are much more likely to be threatened, “their extinction would cause notable reorganizations in the functional spectra of most groups, making them more vulnerable to future extinctions in the future,” concludes Carlos Carmona, head of the research.

“If extinctions occur faster than expected, there will be a marked increase in global functional decline, which seems likely given the current acceleration of changes on a planetary scale,” warns the researcher from the University of Tartu. In this sense, this type of research may be of great interest to management and conservation policies of biodiversity.