Last year and in full confinement by COVID-19 from Google decided to completely cancel its annual event for developers, Google I / O. This year the event is back, although like many other technological events, it will be virtual and free for everyone.

As announced by Google on its official website and the CEO of the company, the event will take place from May 18 to May 20. It is now possible to register for the event and thus participate in conferences, technical sessions, question and answer meetings and more. At the end of this month of April they will offer a complete calendar with all the programming for those days. 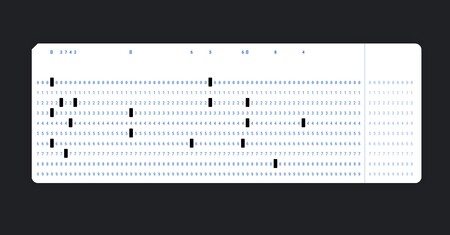 As it happened in previous years, Google set up a puzzle to announce the conference. Through a series of exercises we have to answer some questions, spell on a punch card, order cards and more, all in a classic programming style. Final score? The date and invitation to the event.

Usually Google take advantage of the I / O event to showcase significant updates to your products, especially software. Although it is an event for developers, the brand takes the opportunity to present new hardware products and especially new versions of its operating systems or services. In previous years, for example, we saw the Pixel 3A or Google Duplex, as well as news in Android.

So what to expect this year? In principle, the official presentation of Android 12 and the news it will bring. It is an event in which perhaps we can also see new smart speakers under the Nest brand. Although even more interesting would be to see if there is something official about the possible own processor for mobiles that Google is supposedly developing.

Google It is not the only one that this year is going to hold a conference for virtual developers. Apple has already announced that its WWDC 2021 will also be online from June 7. On the other hand, Microsoft’s Build conference will be held virtually from May 25 to 17. We will be attentive to see what the big three technology companies are preparing to present us in the next three months.