The euphoric celebration of “Pata” Medina

The joy of Juan Pablo “Pata” Medina and his family was reflected in screaming, crying and the “V” for victory. After the ruling that granted him release was known, the union member celebrated with his inner circle and he left a message for the workers: “They will not go hungry.”

This Thursday the federal justice of La Plata granted the freedom to the former head of the Platense Uocra, who was under house arrest for “money laundering and illicit association.” As soon as he heard the news, Analía Medina, her eldest daughter, took her cell phone to record the moment, which will be remembered for both her and her family.

“It is the greatest joy!”, You can hear in the recording the exclamation of Maria Fabiola Garcia, the unionist’s partner, who kisses him and declares his love for him.

“Come on Pata!”Shout other people further away, in the gallery where the scene takes place. “I am Argentine, I am a Peronist, I want to live better!”, He limited himself to singing, visibly moved, the Pata Medina. 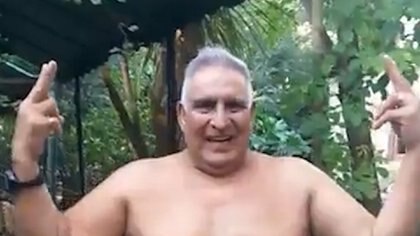 The “Pata” Medina celebrated his liberation with his family

“A huge happiness! -exclaims his daughter in the video- My dad in freedom, and this moment so beautiful that I do not want to forget. So much suffering is over! Great news for the whole family ”.

The former head of the Uocra is seen to be interested in celebrating, above all else. “Go find your colleagues with the truck”, He asks one of the people who were in the place, while his daughter continued recording the moment for posterity. 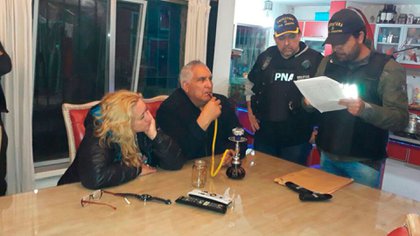 The Federal Oral Court 2 of La Plata gave rise to a statement from Medina’s lawyer, Cesar Albarracin, though upheld the ban on leaving the country and the obligation to report to the Police Station once a month with jurisdiction at home, while the health emergency lasts, and must then appear at the courthouse with similar periodicity.

In addition, it imposed the prohibition of making contact, by any means, with the victims and / or approaching their work or private homes and maintain the prohibition of any trade union activity in the Uocra, La Plata sectional and other sections. Nor can they attend union premises.

Medina and David Emiliano Garcia, his brother-in-law, were detained since September 26, 2017 by order of the federal judge of Quilmes Luis Armella, who prosecuted him for the crimes of “illicit association”, “money laundering” and “extortion”, and also blocked an embargo for 200 million pesos.

In February of last year, Medina had been benefited from house arrest, which he met at his home in the Buenos Aires town of Ensenada, at calle 60 between 9 bis and 11 in Villa del Plata.

Mid 2020, Medina was diagnosed with coronavirus. “The swab was done two days ago, and they informed him that he tested positive for coronavirus,” the lawyer said at the time.

Medina had been arrested in September 2017 at his home in Punta Lara after stay entrenched for several hours at the headquarters of the sectional, where he threatened the government and was shielded by a tense concentration of construction workers.

They released “Pata” Medina, the former leader of the UOCRA of La Plata accused of money laundering

“Smoking I hope”: this is how “Pata” Medina was arrested at his home