The new KIA CV, as the new electric of the Korean firm is known internally, continues with its development and tuning to be unveiled in 2021. Although the camouflage prevents seeing a feature of the exterior of the model, some spy photos have revealed part of the new interior design, dominated by two large digital displays.

It is considered a rival to the new Volkswagen ID.4 or the Tesla Model 3. The electric model that KIA is developing does not have so much pretense of becoming an SUV, but rather it is about a crossover. A compact with a higher ground clearance than an equivalent conventional passenger car like the KIA Ceed.

This is the new electric model that began its development a few months ago, marking an important difference with the also new IONIQ 5 with which the one that will share a large number of components, including also the e-GMP platform of the Korean giant. These are some of the qualities of the future KIA CV, two letters with which it is known internally, but of which there is still no news of its definitive commercial name. 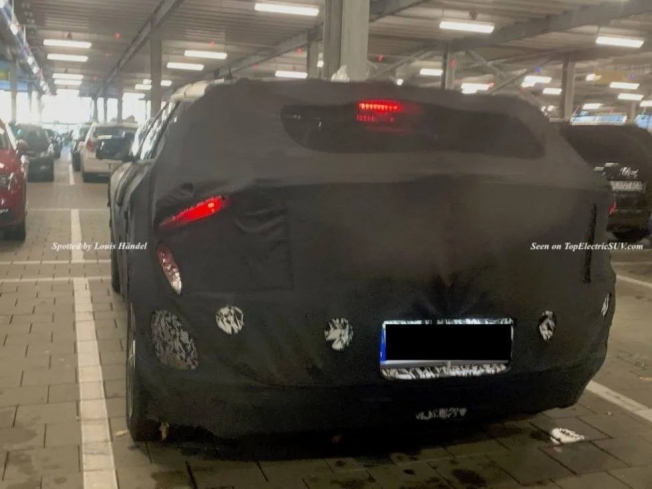 The KIA CV, the electric crossover, will debut in spring 2021 with 500 kilometers of autonomy

The new model, which has been seen on some occasions in spy photosIn both Europe and South Korea, for the first time it allows us to take a look inside through the right front passenger window. Two large, completely flat digital displays, in the purest Mercedes or the new BMW iX style, with a slight focus on the driver-oriented console touch pad.

High-tech for a production model with which the Koreans intend to stand up not only to the IONIQ 5, but also to the Europeans who have entered the race to offer serious zero-emission bets. In the case of KIA’s first electric, It will not only be the pretty face of a more modern and sporty design, but also other arguments like this more advanced interior.

KIA keeps absolute secrecy of the specifications of the onboard propulsion system. We hardly know that the battery pack placed between the axles will offer a maximum autonomy of 500 kilometers and a charging time of less than 20 minutes on a fast charger, getting 100 kilometers in just 5 minutes. Some qualities of category, which we will know in detail in a short time, since if there are no setbacks, will debut as a world first in April 2021.