Humans have had a very close relationship with humans from the beginning. uros (Bos primigenius), first by hunting them and later, breeding and selecting them.

This extinct species of mammal is little known in the Peninsula because its skeletal remains are difficult to distinguish from bison. In fact, in many sites the presence of “large bovids” is cited as it is not possible to differentiate them. At the European level there is also a dearth of genetic data.

An international team of scientists has managed to extract Mitochondrial DNA ruminants from various eras in Galicia. Among them they have analyzed remains of B. primigenius from the cave of Chan do Lindeiro (Lugo). These remains were found in a chasm together with the human fossils of the shepherdess of O Courel “Elba“, with a dating of about 9,000 years old. The analyzed Uros are not the oldest discovered, but they are the oldest whose mitochondrial DNA has been sequenced so far. Interestingly, although they were found together, they are genetically very diverse.

His discovery in the chasm along with a human is a great enigma. We thought that the woman and the uros went together

“His finding in the chasm along with a human is a great enigma. Given all the evidence, such as their similar chronology and the fact that the bones are intermingled at the base of a collapse due to the subsidence of the ground — some 15 or 20 meters deep — we think that the woman and the Uros were going together. This interpretation is controversial because at that time it is not considered that there was domestication ”, he explains to SINC Aurora grandal, a researcher at the University of A Coruña and co-author of the study published in the journal PLoS ONE.

The analysis of their mitochondrial DNA has not made it possible to relate these three aurochs with the current modern cows of the Peninsula. To investigate this possible relationship, the next thing the research team wants to do is analyze the Nuclear DNA. 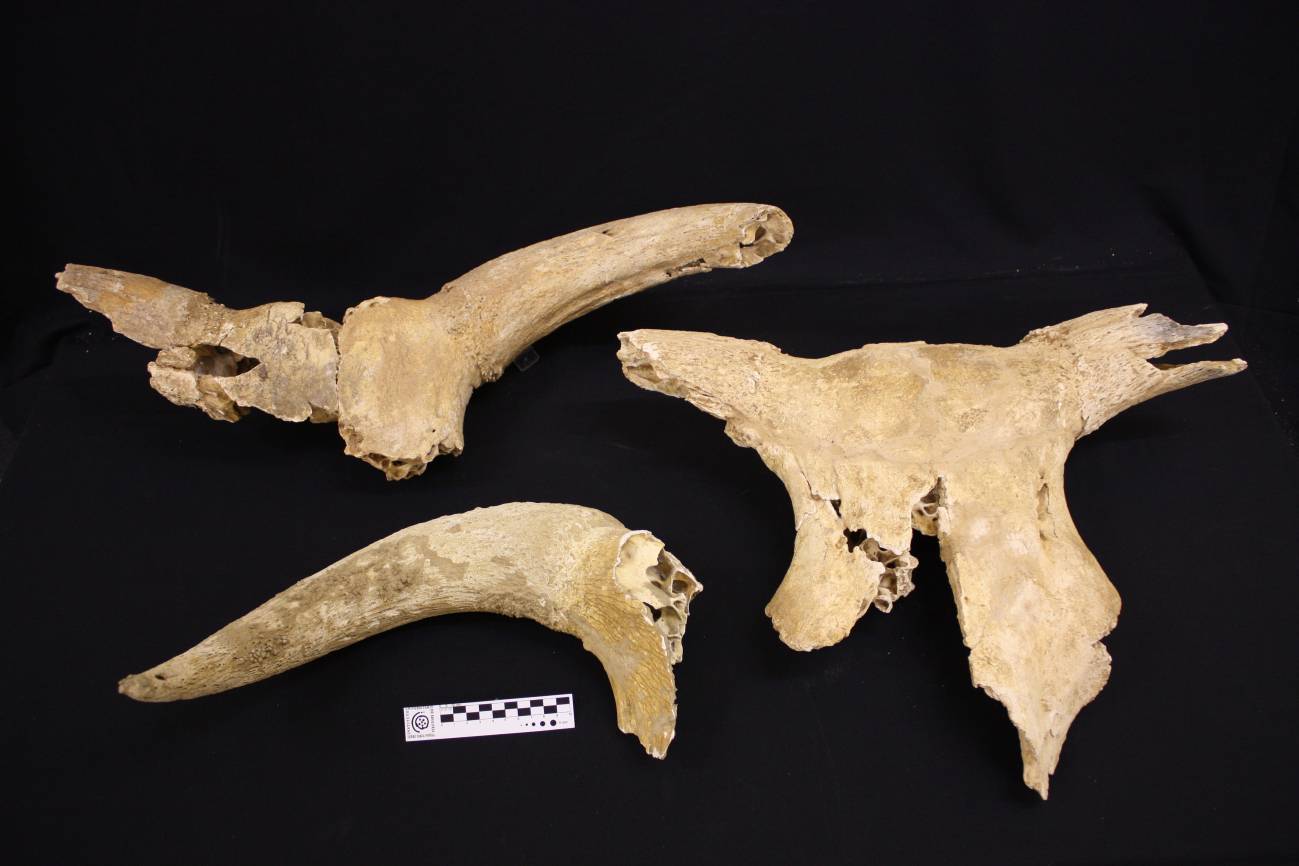 Fossils of the three aurochs found in Galicia and analyzed in this study. / UDC

Until now, different varieties of aurochs have been described, just based on their morphology. The three analyzed in this work are from haplogroup P, characteristic of the species. However, they differ from each other by a large number of base pairs. [piezas que forman las secuencias genéticas], something striking to be contemporaries. “This may indicate that they were from different backgrounds, in a scenario in which the Elba woman had an active role; or a trait that simply reflected a very high genetic variability in the uros ”, assures the researcher.

The origin of cattle domestication in the north

Domestic cattle were introduced to Spain by the first settlers and agricultural societies. Due to the absence of Neolithic sites in Galicia, very little is known about the process in this region.

To extract information on the introduction of this livestock in Galicia, the researchers took samples of 18 beef cattle fossils from different ages and from different Galician mountain caves, of which eleven were subjected to mitochondrial genome sequencing and phylogenetic analysis.

The study of the three aurochs revealed their kinship with those from other areas of Europe. “By studying their mitochondrial DNA, which is transmitted almost intact from mother to child, we can determine in which geographical areas the different lineages predominated and what were their movements due to the change in climatic conditions or by the human being after the beginning of the disease. livestock ”, says the paleontologist and veterinarian to SINC Amalia Vidal, co-author of the work at the same university.

Thanks to the DNA, it is possible to know if the autochthonous aurochs contributed to the local livestock or, on the contrary, if it is imported animals, “with all the information that this provides about the movement of bovine and human populations”, continues Vidal.

Colonists migrated to this region of Spain from Europe and introduced breeds of European cows now common in Galicia.

Their data show a close relationship between the first domesticated cattle in Galicia and modern breeds of cows, and offer an overview of the cattle phylogeny. The results of the study indicate that settlers migrated to this region of Spain from Europe and introduced breeds of European cows now common in Galicia. 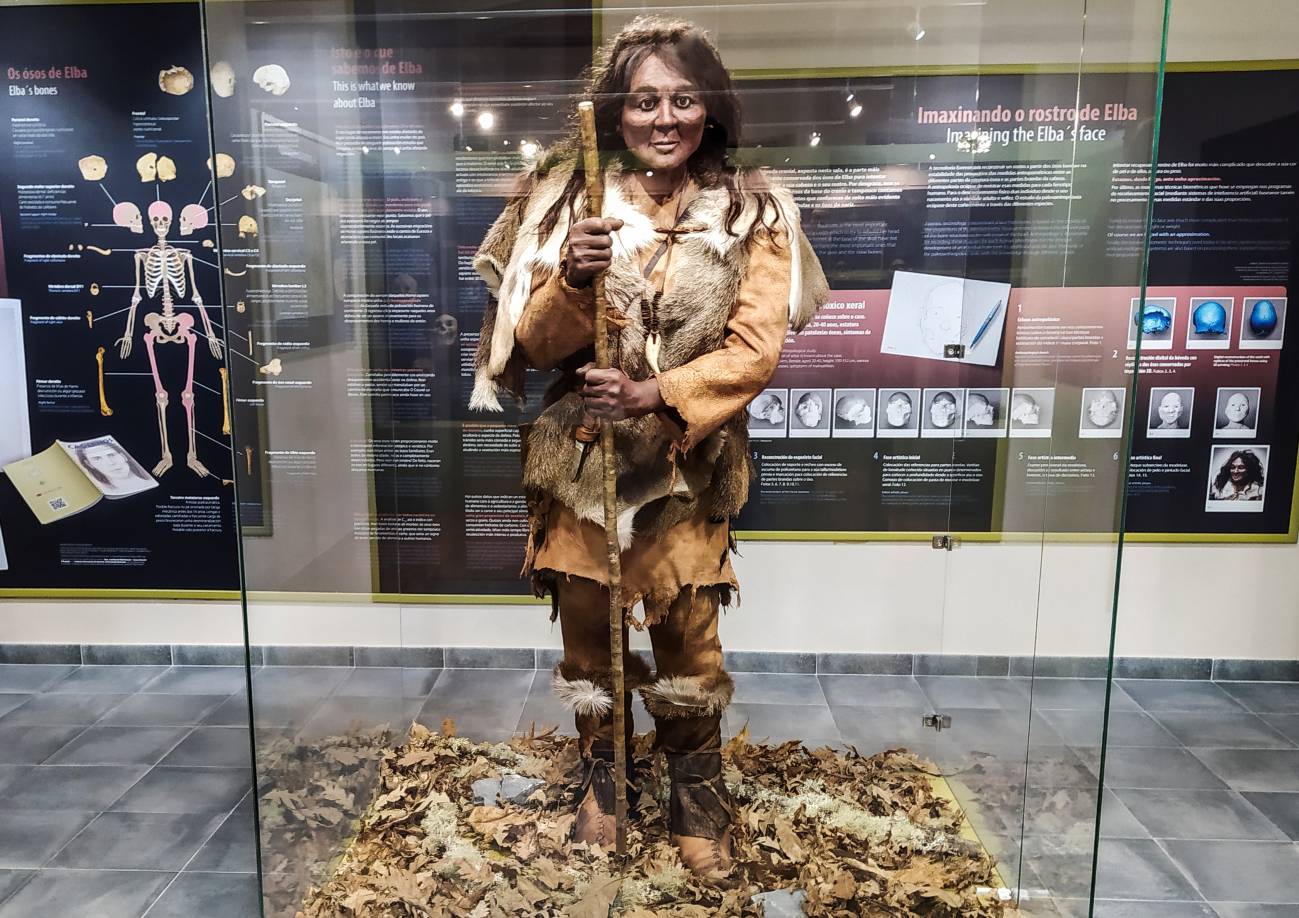 Reconstruction of the Elba woman in the Museo Xeolóxico de Quiroga. / MUXEQ

Uros related to the British

“Specifically, these aurochs are more closely related to the British Isles than to the Central European specimens. The british aurochs it is more recent than those of Galicia. This may be related to the role of the Peninsula as a glacial refuge and the origin of the subsequent recolonization of the islands ”, points out Grandal.

These three contemporaries are small in stature and relatively short horns compared to northern Europe, and their morphology is different.

Now, the team of researchers seeks to analyze the nuclear DNA of the uros, which will allow them to know their contributions to later domestic livestock

Now, the team of researchers seeks to analyze the Nuclear DNA of the three uros, which will allow them to know the possible contributions of these individuals to the subsequent domestic livestock. “For example, fragments of nuclear DNA from British aurochs can be recognized in some breeds of cows in northern Europe. This shows that there was a genetic contribution of aurochs to domestic cattle. We are going to look for possible contributions of our aurochs to the current or fossil Iberian cows ”, Grandal emphasizes.

In recent years there is a growing interest in the scientific community to know the origin of domestic animals and there are many projects to reconstruct their ancestors. One of the reasons is that these species are considered more rustic and with a better capacity to adapt to harsh environmental conditions.

“The first projects sought to generate phenotypes similar to the species they were trying to recreate (as was done with Heck’s bovine), but the most modern ones also use DNA as a source of information,” concludes Vidal. 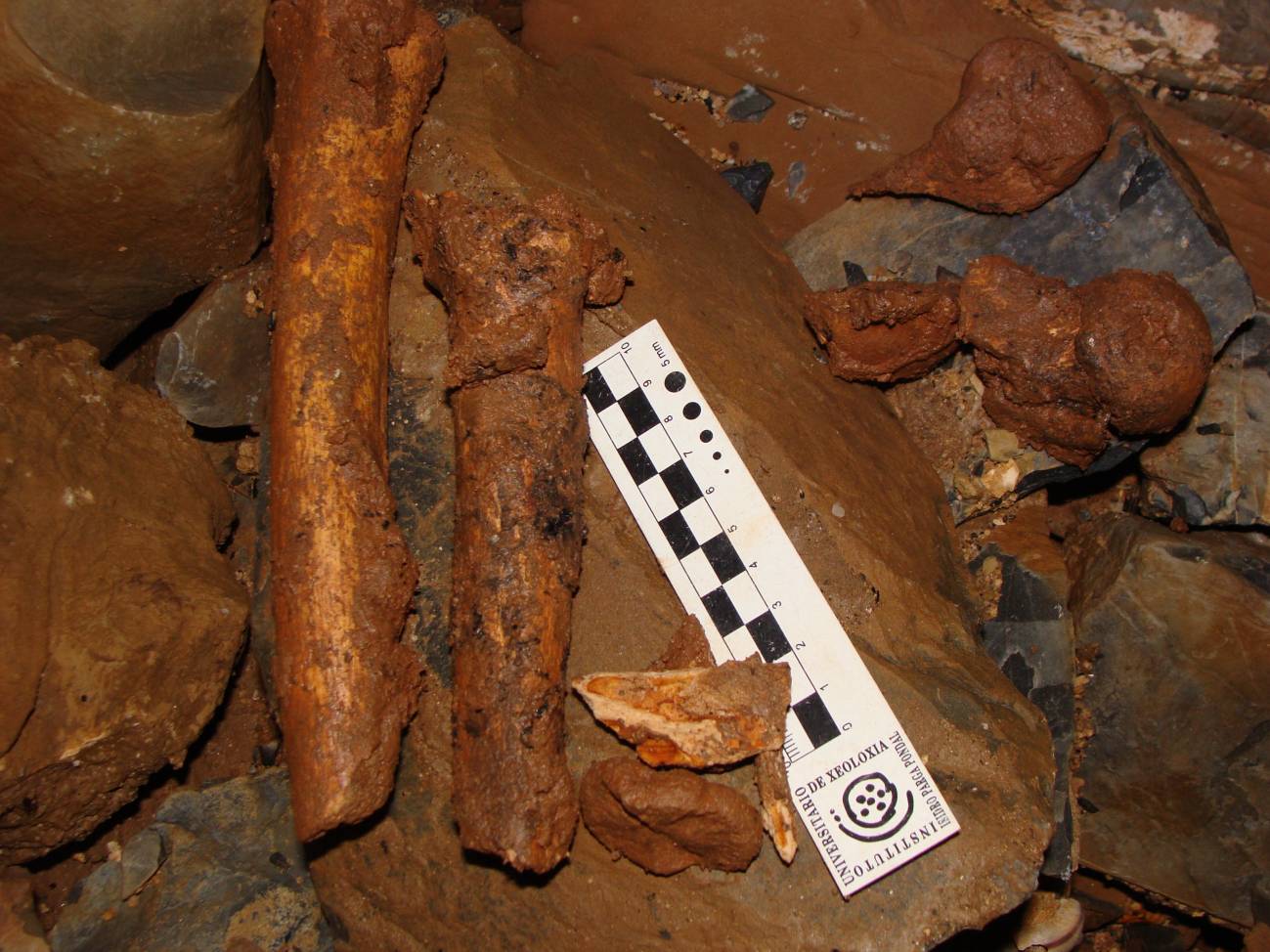 Ancestors of bulls and cows

The social organization herds of aurochs it is assumed that it was similar to that of its domesticated bovine descendants: a single male who is relieved by another as he weakens and his group of females.

The new males, when they reach adulthood, do not remain in the group, the females do. In this way, the normal thing is that the females of the same group are related and that, therefore, their mitochondrial lineages are similar.

The domestic cow It comes from the domestication of the aurochs, but not in the Peninsula but in Asia, specifically in the Middle East and from a reduced number of use. Thus arose the domestic cow, which later expanded along with humans to occupy all of Europe.

In Italy, some researchers claim that cows already domesticated had genetic contributions from local aurochs. Also in the British Isles. The contribution of local uros to cows is best seen in the Nuclear DNA and it was detected in some cases of races from northern Europe.

In the north of the peninsula, the oldest domestic cows are approximately 7 to 6 thousand years old.

Marie Gurke et al. “Insight into the introduction of domestic cattle and the process of Neolithization to the Spanish region Galicia by genetic evidence”. PLOS ONE.