The face mask It has become the most used accessory around the world, as it is still mandatory in a good number of everyday situations. Some time ago we talked about when to take it in the car and the penalty that was imposed for not doing it. But now a key aspect of this issue is clarified and that is that the DGT cannot fine for not wearing the mask in the car because it is not part of their skills.

This does not mean that the mask should not be used in the car, as is still mandatory in the cases cited. To remember, it must be carried when traveling with people who are not cohabiting, the only exceptions for not wearing a mask is when traveling alone or with people who live at the same address. In any case It will not be the competence of Traffic regulate its use in vehicles, it would be a matter for the Ministry of Health to sanction this behavior. 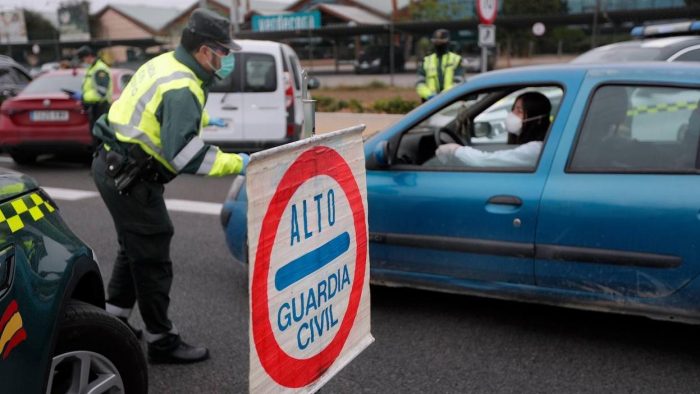 The statement issued The DGT wants to clarify it in the face of the information that has been coming out and states that: “the use of the mask is a sanitary and public health measure, therefore the DGT has no competence in regulating it. It adds that “there is no article in the Traffic and Road Safety Law, nor in the regulations that develop it, that it includes that not carrying it, taking it off or other actions with it is an infringing precept and much less that entails the loss of points of the driving license, therefore it is not punishable.

Therefore, that fine of up to 100 euros (It is considered a minor infraction) that was announced for not using the mask in the car when accompanied by people who are not living together, it will be Health who has to intervene. The Civil Guard or the competent authorities may control and report, but may not make the complaint “in situ”, just recommend to another division dependent on Health that sanctions that person who did not comply with the law.

So yes, the DGT can continue to fine it is when it considers that the mask makes visibility difficult of the driver. As we have already mentioned, Article 18 of the General Traffic Regulations states that “the driver of a vehicle is obliged to maintain his own freedom of movement, the necessary field of vision and permanent attention to driving, which guarantees their own safety, that of the rest of the occupants of the vehicle and that of other road users ”. If the authorities consider that it interferes, it can be sanctioned with between 80 and 200 euros, without subtracting points from the card.