During the 19th century, the mistaken belief that there was intelligent life on Mars due to a translation error became popular. This was what happened.

Giovanni Virginio Schiaparelli was the director of the Brera Observatory in Milan. During the years that he held his post, from 1877 to 1910, he spent long hours of his day drawing a map of Mars. He named its dark areas, its valleys, its trenches, its seas and continents with historical and mythological sources. A translation error would cause your contributions will take another direction.

A misperception about Mars

In Italian, canali is translated as “channels”. This word, in both languages, has different meanings. One of them, when switching to other languages, was misinterpreted as evidence of intelligent life on the Red Planet. In the context of the time, it was no small thing.

A couple of years before his administration, in 1869, the Suez Canal had finally culminated his engineering work as one of the most important of the century. With this background, it was easy for the translators of the time to understand that similar structures had been found on another planet, built by Martian life forms.

Despite the Schiaparelli’s astronomical observations were spot on, this poor translation attracted the gaze of amateurs and professional scientists alike. In those years, it was no small thing to assure that there were man-made structures on Mars.

We suggest you: Perseverance landing on Mars: what time and where to watch live 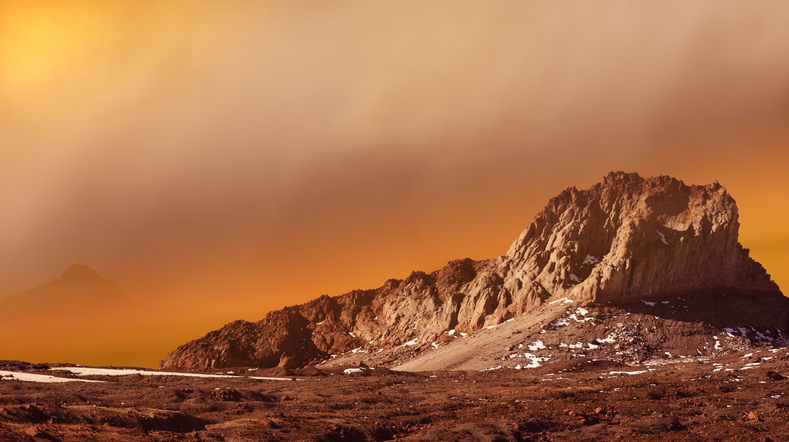 The news reached across the ocean. In United States, Percival lowel —A wealthy astronomer from Boston— decided that Schiaparelli’s line of research it could lead to human beings having competition in our red neighbor. He never imagined that what he was reading was wrong at the beginning, by an incompetent translator.

With his resources, Lowel built his own observatory in Arizona. He decided to start from the assumption that the artificial channels were real, and built entire maps in which he geographically located them on the Martian surface. During his years of practice, he was convinced that what he was doing was science.

By their logic, the channels were created by intelligent life forms that needed to bring water to their communities from the poles of the planet. On this premise, he wrote entire books that ranked among the best-selling and most popular of the time. With illustrations and specific coordinates, he published his ideas on several occasions not knowing that it was all a misunderstanding.

Despite the fact that Lowel’s studies were wrong in origin, we can attribute new lines of empirical research that opted of your publications. Different scientists were in charge of refuting his arguments, and eventually his books became cataloged as science fiction.

It wasn’t until the 1970s, however, that NASA was finally able to unmask with hard evidence that none of that ever existed. With the Viking mission, the Martian surface could be observed closely. There was not a single artificial canal in sight.

Ingenuity, the NASA helicopter that will try to fly on Mars for the first time and make history

Perseverance landing on Mars: everything you need to know about NASA’s historic mission