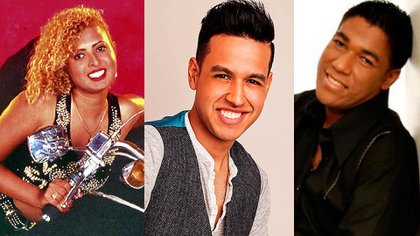 The recent death of the composer Romualdo Brito, on a highway south of the Cesar department, commemorates the end of other great vallenato figures in Colombia. Well, it seems that there is a cabal or a curse around the death of the interpreters of this musical genre.

One of the deaths that surprised the music scene was the accident of the nicknamed El Rey de la Nueva Ola Kaleth Morales, who suffered a serious traffic accident on August 23, 2005, when he was traveling to his homeland, Valledupar.

Morales, 21, who had left a presentation in Cartagena and was on his way home in Valledupar, was traveling with his brother Keyner when, through an apparent gap in the road, the vehicle overturned. The artist, who suffered severe injuries, was referred to the Bocagrande Hospital in Cartagena, where he arrived in a coma and the next day he died. His brother lasted in a coma for several days, but over the days he managed to recover from his serious injuries.

Another death that caused great impact, was that of the Cartagena Patricia Tehran, who was a female revelation in a musical genre monopolized by men and, furthermore, for her song “Tarde lo met”. Tehran, ‘La Diosa del Vallenato’, died on January 19, 1995 at the age of 25, when she was traveling in a vehicle on the road that connects Cartagena with Barranquilla. According to the newspapers on the Caribbean coast, the events occurred around 4 in the afternoon at Boca Tocino. There, the car, a Mazda 626, blew one of its tires causing it to roll over. 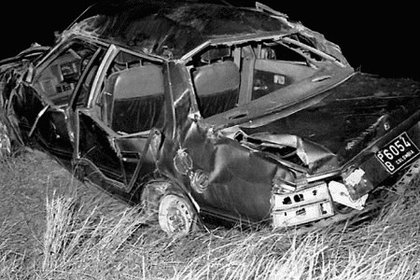 Car in which Patricia Tehran was traveling.

One of the sudden deaths was that of Martin Elijah, The Great Martín Elías, son of the Cacique de la Junta, Diomedes Díaz, who at the age of 26 died in a traffic accident on April 14, 2017, when he was returning home after a concert in Coveñas.

At dawn, at the end of his presentation, the artist decided to set out for Cartagena, together with his driver, Armando León Quintero Ponce, in a white Toyota Land Cruiser, the artist was urged to get to the place to meet his wife, children and his brother Rafael Santos Díaz Acosta. Around 7:30 in the morning, when they were on the Transversal del Caribe, the highway that leads from Tolú to San Onofre (Sucre), at the height of the Aguas Negras district, the vehicle, which exceeded 160 kilometers per hour, He tried to avoid some gaps in the track, but unfortunately it tipped over, leaving the artist badly injured.

Some witnesses to the accident indicated that the event occurred when the truck tried to avoid a motorcyclist.

Truck in which Martín Elías crashed.

Moisés Elías Díaz González, Martín Elías’s brother, also died, at the age of 20, when he crashed on April 30, 2020 in Barranquilla. A video would show that the son of the Cacique de La Junta, whom he affectionately called the ‘Travieso’, exceeded the speed limits when he suffered the fatal accident.

Another emblematic figure of vallenato, Jesus Manuel Estrada, the original singer of the song ‘Los Caminos de la Vida’, by Los Diablitos, died in 2003 when the car in which he was riding crashed into a tractor-trailer on his way to Cesar. Two other people also died.

Finally, and the most recent death, is that of the teacher Romualdo Brito, who died yesterday morning in a road accident when he was traveling with his son on the road that connects the townships of San Roque and Rincón Hondo, jurisdiction of the township of San Roque, located in the municipality of Curumaní, to the south of Cesar. According to the authorities’ reports, the renowned composer suffered multiple trauma to various parts of his body and died at the scene. 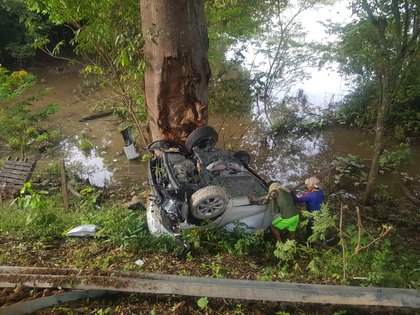 YOU CAN ALSO READ: