The Renault Group has carried out a major change in the organization chart of two of its brands. Miles Nürnberger has been announced as the new Design Director for Dacia and Lada. A relevant appointment that will mark the future of both firms. Nürnberger is known in the industry for having been instrumental in creating the Aston Martin DBX.

It is already official. As of next September 1, 2021, the appointment of Miles Nürnberger as Design Director of Dacia and Lada. We are facing an important change in the organization chart of two of the most important car brands that are part of the Renault Group car conglomerate. And it is that Nürnberger will mark the line that the designs of the new models of both firms will follow.

Nürnberger will also join the steering committee which is led by Denis Le Vot, Managing Director of the Dacia and Lada brands. However, in his performance, this senior position will work closely with Laurens van den Acker, Design Director and member of the Renault Group Management Board.

Miles Nürnberger was key in creating the Aston Martin DBX

The most recent professional past of Nürnberger is linked to Aston Martin, one of the most iconic and exclusive British brands. In 2008 he joined Aston Martin Lagonda, where he served as Head of Exterior Design as Design Manager, and later as Creative Director. Subsequently, in 2018, he was appointed Director of Design of the company.

Throughout these years Nürnberger has been involved in numerous projects. However, it has been his role in the conception of the Aston Martin DBX, the first SUV of the British company, its most difficult job. He has also been involved in the creation of the Aston Martin Valkyrie as well as the renewal of Lagonda as a 100% electric sub-brand and in the design of the Vision Concept, both in sedan and SUV formats.

Before joining Aston Martin Lagonda, Nürnberger was part of the Citroën exterior design team. Now, his first steps in the world of automotive design were in the American brand Lincoln, which belongs to Ford. In 2009 he was awarded the Design Award Concorso d’eleganza Villa d’Este thanks to the Aston Martin One-77 Concept. 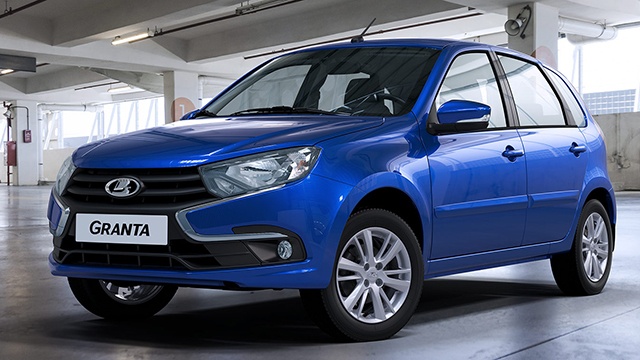 Lada Granta, the best-selling car in Russia. A bestseller of the Lada brand

Dacia has set in motion all the machinery to carry out an ambitious process of internal revolution. The launch of the new Dacia Sandero is just an example of the work that is being carried out within the Romanian firm. For its part, Lada will do the same in distant Russia and, in turn, will lay the foundations to become a more global company.

Le Vot stressed that Miles Nürnberger’s experience will allow us to build stronger brands: “His experience and his passion for building strong brands through design will be a great asset for DACIA and will help us to project DACIA into the future. » Laurens van den Acker has pointed out. ‘