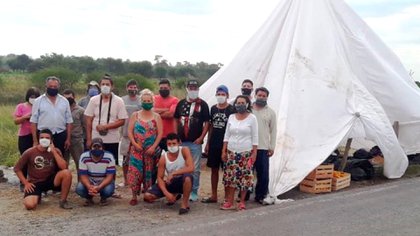 The Supreme Court of Justice of the Nation It ruled against Gildo Insfrán and in favor of the stranded people of Formosa who still could not return to their province since the beginning of the pandemic. Amnesty International had denounced that more than 7,500 people were demanding their return to their homes while the local authorities did not allow it.

“The Court resolves: to order the Province of Formosa to arbitrate the necessary means in order to guarantee effective entry into the provincial territory, with compliance with the sanitary measures it deems pertinent, of all the citizens who have requested it, within a maximum period of fifteen business days from the date of the date, adjusting the program to the constitutional guidelines referred to in the previous recitals “, maintains the ruling of the Court to which it had access ..

During the last days, questions had grown to Gildo Insgrán, Governor of Formosa, and the authorities of his government who They rejected for eight months the return of thousands of Formoseños and Formoseñas that were stranded in other provinces after the declaration of the health emergency due to COVID-19.

Said refusals were framed within the Formosa Orderly and Managed Entry Program, which regulated –through a series of requirements– the entry of Formoseños who were in other parts of the country.

The Court, with the signature of its five members, considered that in said program “The duration of its validity or the measures provided therein has not been defined, nor are there any indications as to how long the restrictions on the right to move freely will be extended.This right is especially recognized in the National Constitution and in the aforementioned international instruments for the protection of human rights ”.

During that period, as Amnesty International denounced, many had to sleep on the road and were even out in the open in other provinces for the lack of resources to return and for not having the certainty that the Formosa Police would let them enter there.

The Highest Court also based its decision on the fact that “despite the fact that the powers that the province of Formosa has to establish in its territory the preventive measures it deems appropriate cannot be ignored – in the context of the particular health emergency situation of global effects that is happening–, These powers must be exercised reasonably and always respecting constitutional standards.”. 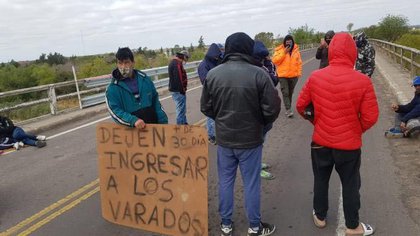 More than 7,500 people from Formosa were stranded who could not return

And they added: “Without prejudice to recognizing the purposes of protecting public health pursued by the Program for Ordained and Managed Income, the truth is that, in fact, restrictions set by local authorities fail the reasonableness test which establishes article 28 of the National Constitution, by suppressing individual freedoms beyond what is tolerable, as it arises from the preceding 3rd recital. Without obstructing this conclusion the alternative indicated by the province of entering assuming the economic costs (hotel stay, food, swabs, medical attention and police station) ”.

The judges of the Court explained that the events that occurred in Formosa “require this Court to exercise the control entrusted to the justice over the activities of the other powers of the State and, in that framework, the adoption of the conducive measures that, without undermining the powers of the latter tend to support the observance of the National Constitution. This is so, since it corresponds to the Judicial Power of the Nation to look for the ways that guarantee the effectiveness of the rights and prevent them from being violated, as a fundamental and guiding objective when administering justice and making decisions in the processes that are submitted to your knowledge. This should not be seen as an undue interference by the Judicial Power when all it does is tend to protect rights, or make up for omissions to the extent that said rights may be injured “

Amnesty International had requested the intervention of the Court in several formal requests. In one of them they claimed to have received complaints “from people who requested authorization to return for months and still had no response. Some are waiting for permission stranded on the road, without access to adequate hygienic and sanitary conditions and sleeping in the open. There are also urgent health situations that cannot be attended to or vulnerable cases that are denied accompaniment ”.

The Minister of Government of Formosa, Jorge gonzalez, had stated that “one of the elements to establish an orderly and administered entry to the province is the person’s real address.”

This argument arose after the death of Mauro ledesma, a 23-year-old young man who was found on Sunday, October 11, by a group of fishermen in the Bermejo River, the natural border between the provinces of Formosa and Chaco. The young man, who lived in the Formosan town of El Colorado, had applied on August 25 to be allowed to return home and meet again with his wife and 3-year-old daughter, whom he had not seen since the beginning of January. The Formosan government did not allow it; the young man sought to swim across the river and died in the attempt.

A desperate WhatsApp and the desire to see his daughter: the story of the stranded young man who wanted to cross the river to return to Formosa and drowned