Bud Light creates a console-fridge with a built-in projector, and has exclusive games. 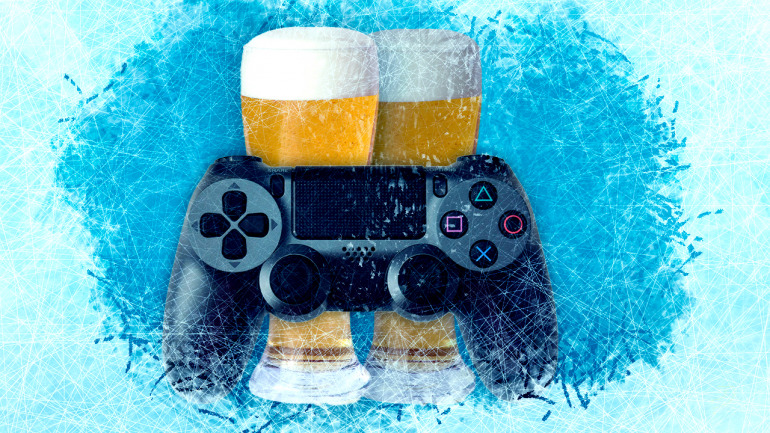 A peaceful garden, a console with Tekken 7 and a projector focused on the wall, friends to play with, and Cold beers by your side. If what we are talking about seems like paradise, Bud Light has you covered. The American beer brand has created the dream of gamers, a console-fridge in the shape of a pack of bottles, which not only allows you to enjoy current titles, but also chill your beers while you play. With it, trips to the fridge are a thing of the past.

And all this is not a joke, the console really exists and is functional, as confirmed in PCMag. On the official Bud Light website they present us the BL6, a six-pack of games and beers that, according to its creators, is “half refrigerator, half console and half projector. Yes, we did not think this would work either.” And it is a real machine, PC-based with an Intel i7-1065G7 and 16GB of RAM. All of it with a monitor attached on the front, so you don’t need a TV, two controls included, and two holes to cool drinks.

“We could delve into all the technical details of what makes the BL6 work, but all you really need to know is what our experts tell us: ‘is enough technology for you to cast hadoukens for hours’ “, says the brand. Curiously, Street Fighter is not one of the sagas that includes the console, but the BL6 comes with 6 pre-installed games and fully playable.

Games that are Tekken 7, Soul Calibur 6, RBI 20 Baseball, Broforce, and two exclusive games console: Six Puck, who is played with the lids of his cans, and Flashlight Freezetag, a pilla-pilla using the projector as a flashlight to catch people. If you are one of those who do not settle for exclusives, and also want good performance before buying a new console, Bud Light offers us a technical comparison versus PlayStation 5 and Xbox Series X, which we show you below. 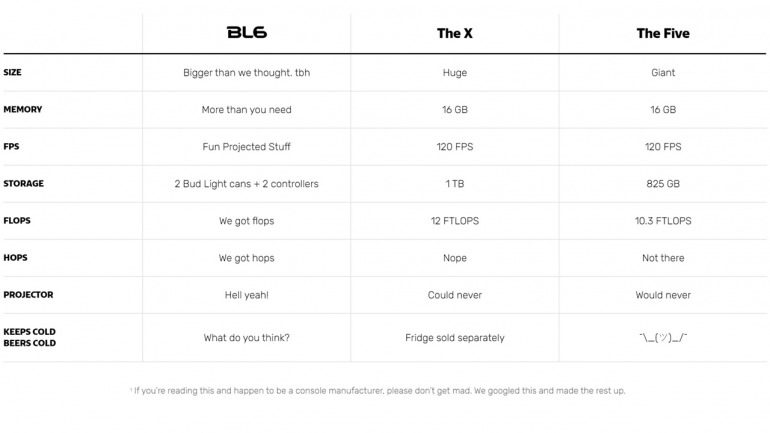 The best of all? You can buy this console, but it is not available in the usual way. It can only be purchased by auction from the Shop Beer Gear website, since the profits will go to a charity collection from the National Restaurant Association Educational Foundation. A console with the best cooling of the market, in the literal sense. Although, if its features have left you somewhat cold, in 3DJuegos we review its competition in the analysis of PlayStation 5 and the analysis of Xbox Series X and S.