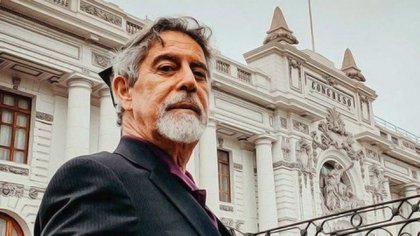 The Congress of Peru approved this Monday a new Board of Directors led by Francisco Sagasti, who will thus become interim president, after the resignation on Sunday of President Manuel Merino.

Sagasti far exceeded the threshold of 60 votes necessary to reach the position of president of the Board of Directors and therefore will be sworn as interim president of the Republic of Peru.

The Peruvian Congress, which on Sunday had failed to approve a new Board of Directors in order to have a new president, met this Monday for a new vote that ended the power vacuum, hours after accepting the resignation of Merino, who in turn came to power in replacement of the dismissed Martín Vizcarra and resigned five days later amid massive protests.

Although at first two new multiparty lists with the respective candidates were presented, at the last minute Congress announced that the list headed by María Teresa Cabrera (Podemos) had been withdrawn. In this way, The list of Francisco Sagasti (Purple Party) was put to the vote. After exceeding the necessary 60 votes, he will become the successor of former President Merino, who resigned from office on Sunday after the police crackdown on the weekend’s demonstrations, which left two dead, dozens injured, and more than 40 people missing. 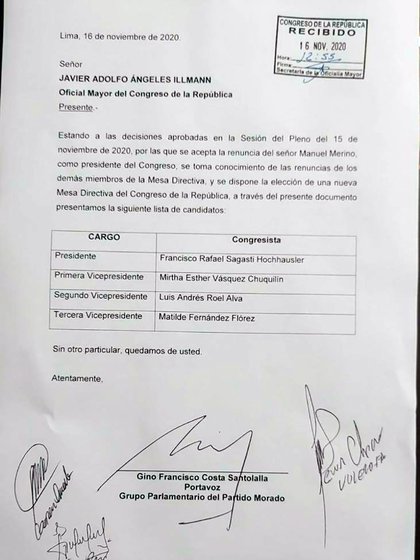 The list headed by Francisco Sagasti, from the Morada Party, was confirmed by Congress and will be put to a vote

Sagasti came as first vice president in the previous failed proposal led by leftist legislator Rocío Silva Santisteban, whose candidacy did not prosper in the session on Sunday night and only obtained 42 affirmative votes (far from the necessary 60), 52 against and 25 abstentions, with rejections from parties that had pledged their support, several of them participants in the Vizcarra vacancy.

Congress was to appoint a new president to pacify the country. It’s the third in less than a week, in a nation badly hit by the coronavirus pandemic and economic recession, which plunged into a political crisis after Vizcarra’s impeachment. Sagasti, in fact, voted against the vacancy motion that led to the ex-president’s departure.

Meanwhile, the Peruvian Constitutional Court announced that it advances to this Monday the session in which it will debate the demand for powers filed by Vizcarra on the presidential vacancy, initially scheduled for Wednesday.

The president of the Constitutional Court, Marianella ledesmaHe explained in statements to the press that the seven magistrates will vote on Monday whether to deliberate on the appeal without listening to the oral arguments of the representatives of the Government and the Ministry of Justice. 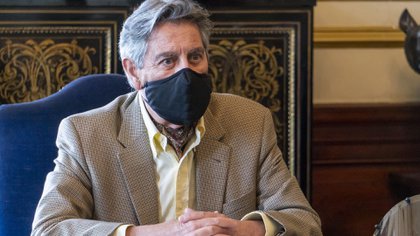 The lawsuit asks the court to define the criterion on the presidential vacancy under the cause of permanent moral incapacity, the one used to remove Vizcarra from office.

Vizcarra was removed from office on November 9 after the approval of a vote of no confidence in Congress and the position was assumed by Merino, but as soon as he took office, the protests began that worsened until on Saturday two people died and 107 were injured in the mobilizations, of which 34 remain hospitalized. There are also 65 missing.

After the acts of violence at the weekend, Merino was criminally denounced along with his prime minister, Ántero Flores-Aráoz, and the Minister of the Interior, Gaston Rodriguez, as well as the heads of the National Police for the crimes of qualified homicide, abuse of authority and injuries. The attorney general, Zoraida Ávalos, announced on Monday the opening of a preliminary investigation. 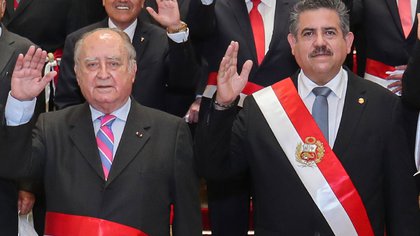 The complaint “for serious human rights violations” was presented to the Attorney General of Peru, Zoraida Avalos, after two young people died and more than a hundred people were injured during the protests that took place last week in Lima against the Merino government.

The document, presented by eight human rights organizations, includes the director general of the National Police, Orlando Velasco, and the chief of the Lima police region, Jorge Cayas, since the police harshly repressed the massive protests that began last Wednesday in Lima.

The complaint indicates that, in addition to the repression of the protesters, the anti-riot agents also attacked members of the press with direct hits on the body with tear gas and pellets.

He adds that after the death of the university students Painted Jack, 22 years old, e Inti Sotelo, 24, General Cayas declared that the use of pellets was an “isolated event”.

For this reason, the organizations requested that a criminal investigation be initiated against those included in the complaint, since there are also many injured people and women who were sexually assaulted after being arrested.

Amnesty International: “Instead of protecting citizens, the Police do the opposite”