The 2020 Fiat Panda is the update of the third generation of the Italian model. Available with a gasoline engine, with mild-hybrid or CNG, it sports three different finishes – urban, sport and cross – with subtle variations depending on the driving expected by its buyer.

The Panda launches in 2020 a mild-hybrid motorization, which allows it to access the Eco label of the DGT. It should be noted that the electrical part is not capable of moving the car by itself, as it is in the case of hybrid or plug-in hybrids.

If the forecasts are met, in 2023 the electric Fiat Panda will be available.

The Fiat Panda Hybrid is practically the same as the rest of the versions of the model, which remain unchanged in their essence since the last update of the same, something that took place in 2012.

The differences come in the identifying logos present on the bodywork. In this sense, an H appears on the central pillar and the word Hybrid on the rear. A launch version called Launch Edition is also going on sale which, among other things, debuts a new light green color for the body.

The bumpers, roof bars and side moldings are present in all finishes and vary slightly in design depending on the option chosen. The City Life offers 15-inch wheels. The Sport and the Cross propose a 16-inch. The latter also features a skid plate and an ‘off-road’ look for occasional off-road driving. 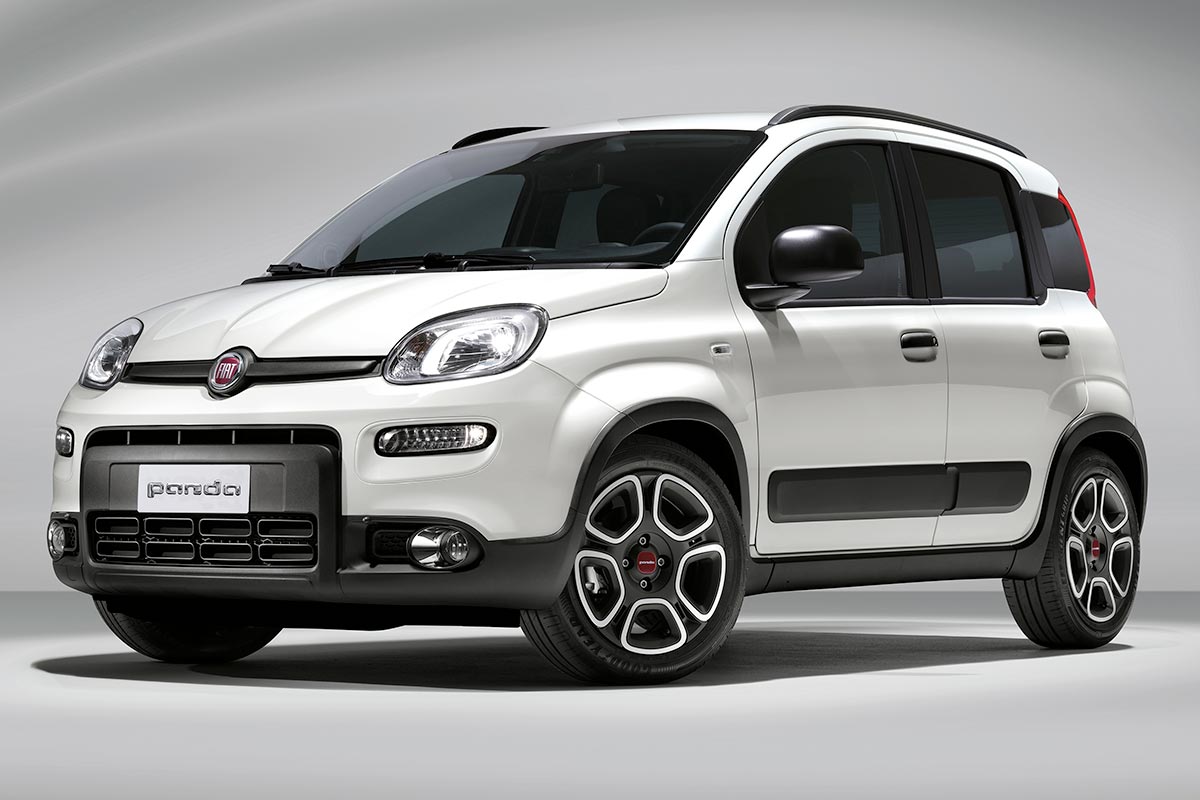 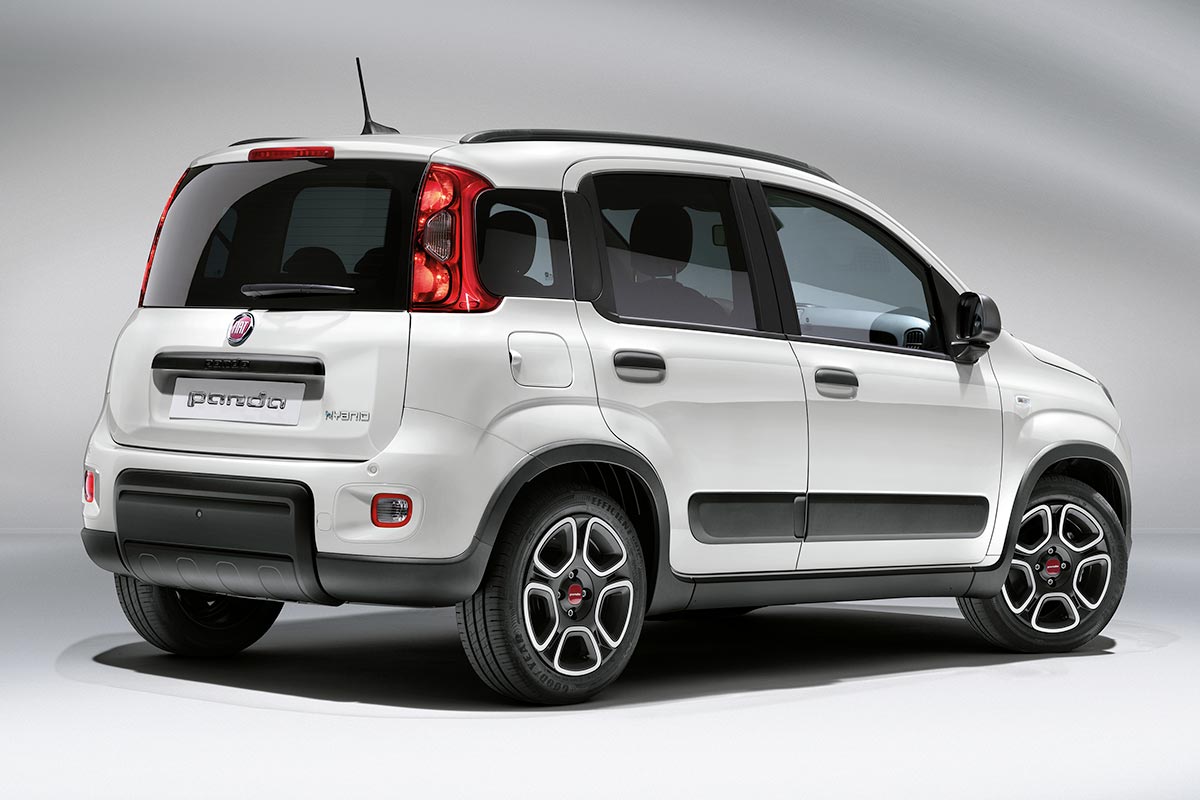 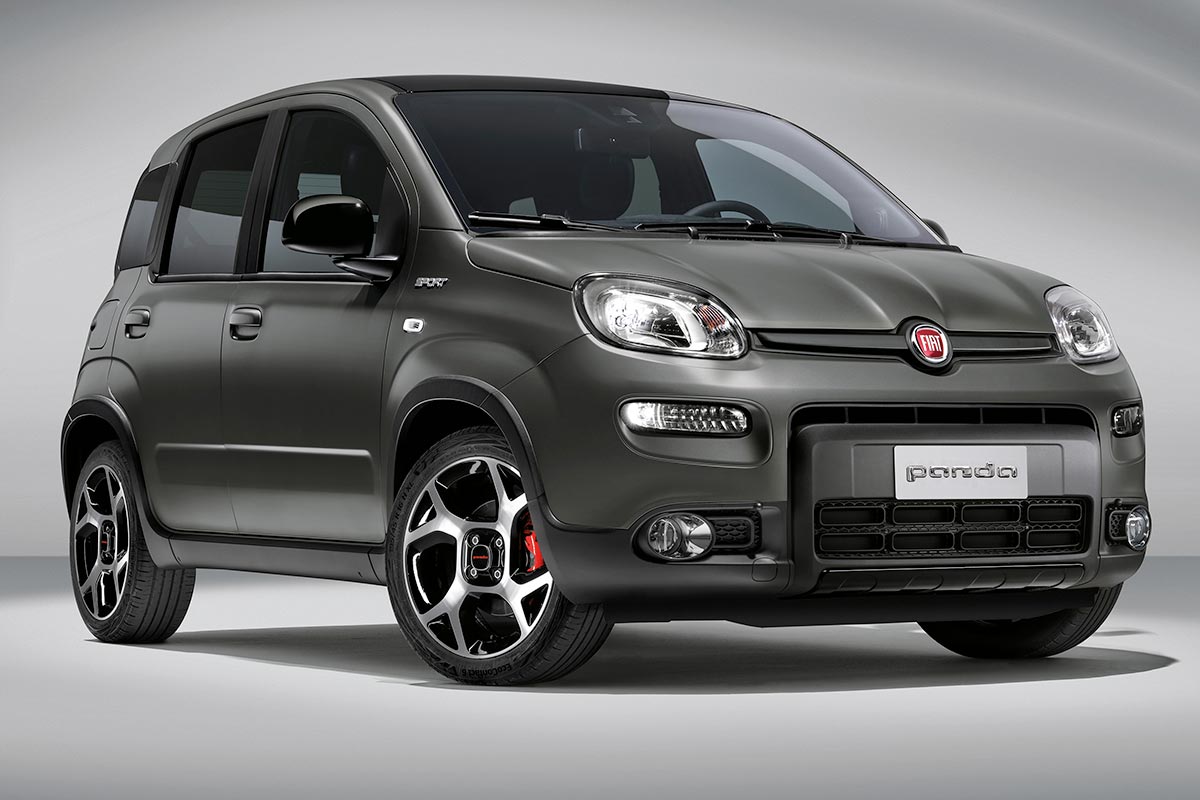 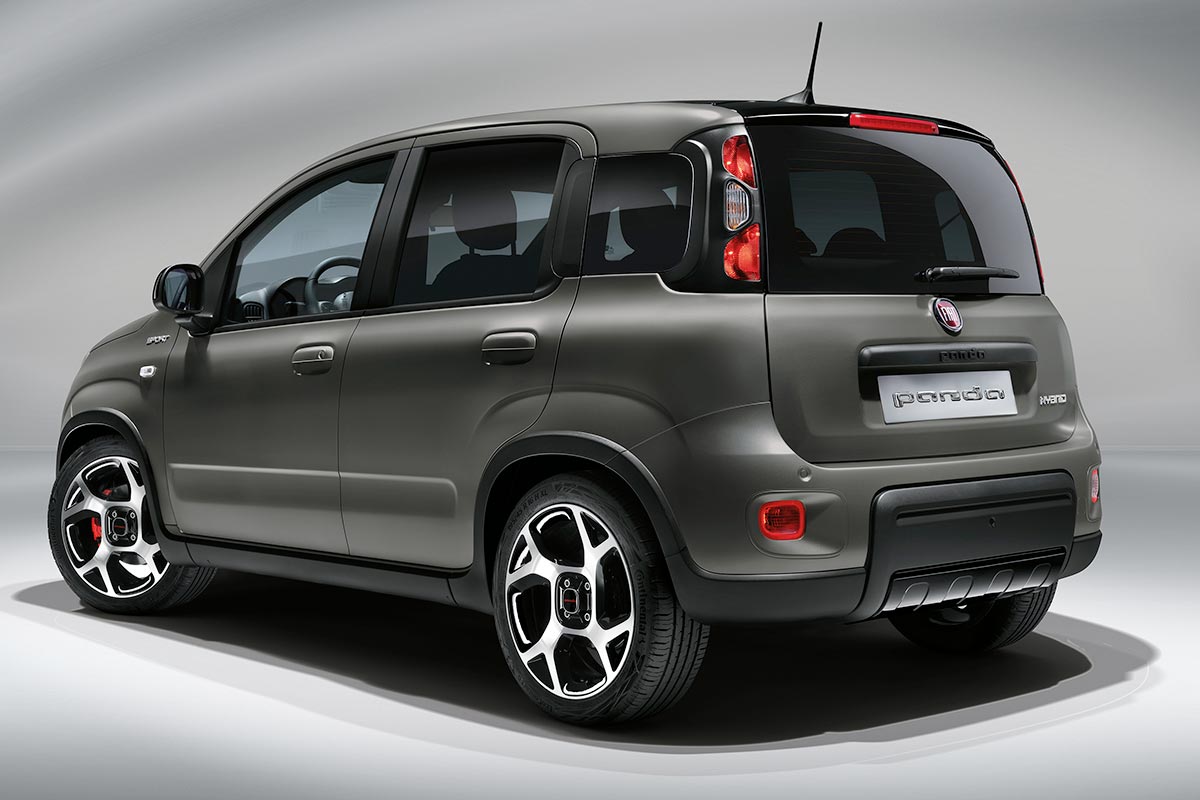 The main novelty inside the Fiat Panda Hybrid It is offered by the Launch Edition version, which has upholstery made in a sustainable way by using recycled plastic. According to the brand, this comes to 90% of the land area and 10% of the marine.

The interior of the car certifies a capacity for five passengers, and not four as happens in the Fiat 500 Hybrid. In addition, the elevated position of the driver allows a better view of what is happening in front of him.

The boot capacity maintains the 225 liters of the combustion versions. The other variants with the ECO label, the bi-fuel, lose 25 liters.

The City Life has 15-inch wheels and a mobile phone holder, which takes over the screen functions as in the Dacia Sandero. Sport and Cross have a seven-inch screen integrated into the center console. 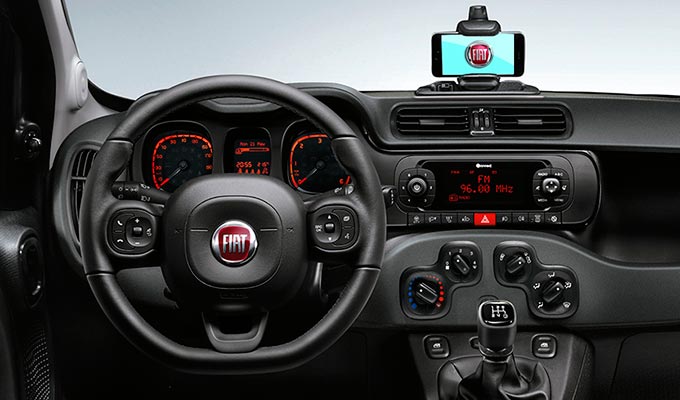 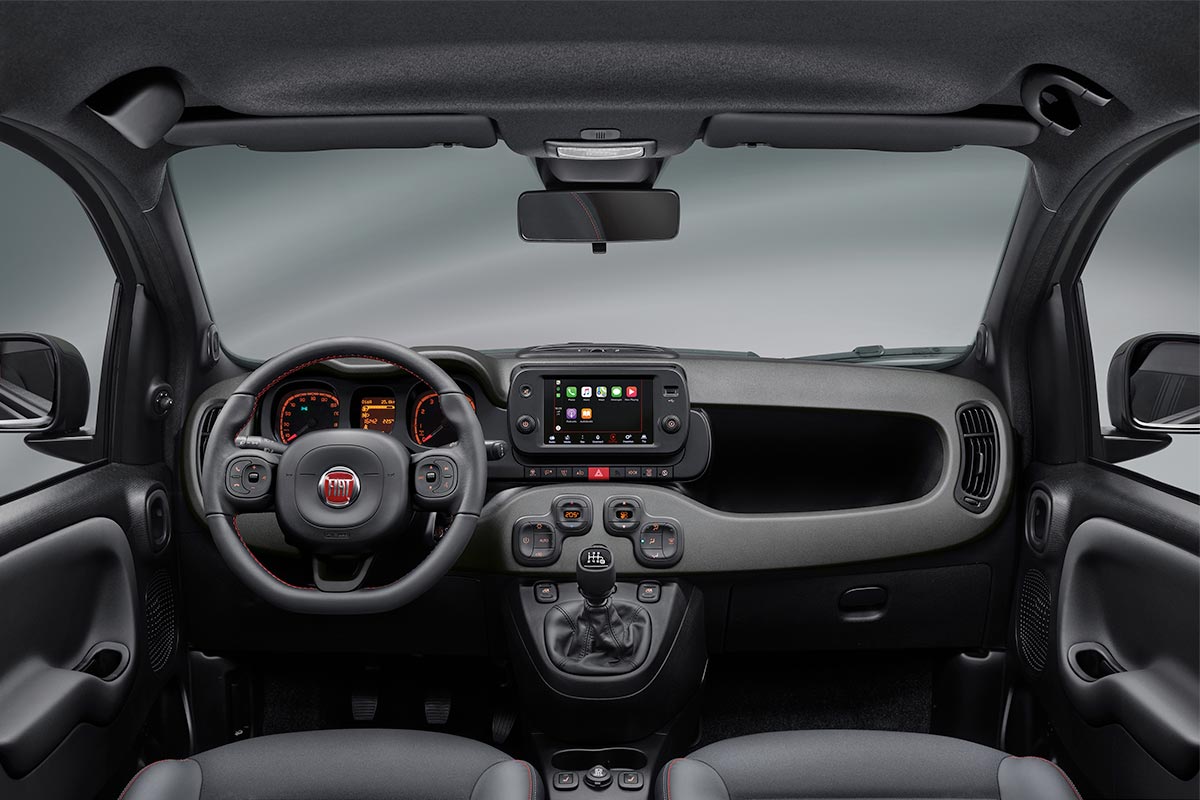 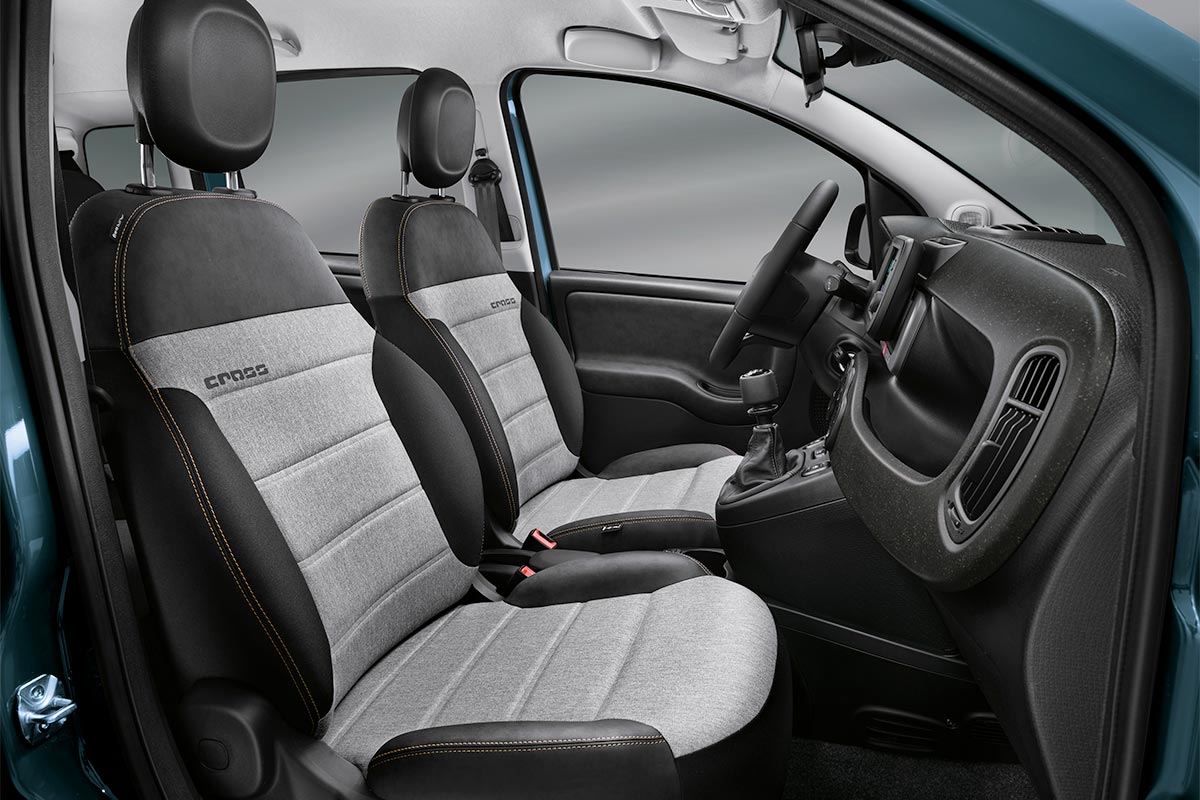 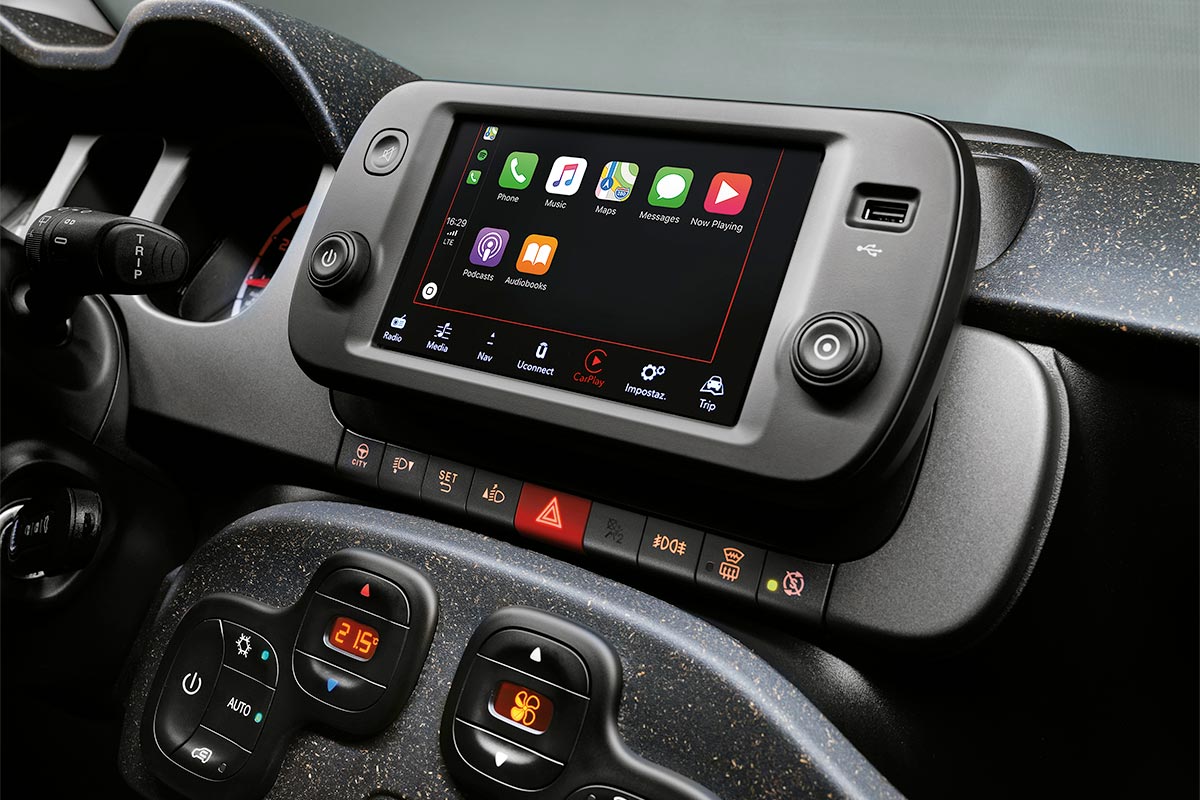 The new D-Fence Pack It is available from May 2020, and is an option that allows disinfecting the interior of the vehicle. It consists of three devices specially selected by Mopar. The first is a high-performance cabin filter capable of removing impurities from the ambient air by blocking particles and 100% of allergens and reducing the formation of mold and bacteria by 98%. It is installed between the air intake and the passenger compartment and thus is able to filter the ambient air used by the air conditioning and ventilation system before it passes inside. Second is an air purifier that, despite being installed in the vehicle, can also be used at home as it is portable. It includes a HEPA filter to purify the air in the passenger compartment by filtering and removing microparticles such as pollen and bacteria. Finally, the D-Fence Pack is a small UV lamp that eliminates 99% of bacteria from car surfaces and cleans all those that we touch, such as the steering wheel or the dashboard.

The engine that drives the 2020 Fiat Panda Hybrid It is a 1.0 three-cylinder atmospheric. This is the first time that the brand offers this engine without supercharging in our territory. It develops 70 horsepower and a maximum torque of 92 Newton meters. It also has a 3.6 kilowatt starter-generator called BSG, to which is added a 12-volt electrical network and a small lithium-ion battery located under the driver’s seat. All in all, the manufacturer ensures that this version saves 19% of emissions compared to the equivalent combustion engine in power, which is 1.2 of 69 horsepower of gasoline.

The engine, which is 4.5 centimeters lower than in the other thermal versions, can turn off its thermal part when driving at less than 30 kilometers / hour. Simply engage neutral on the six-speed manual gearbox to activate a kind of manual sail drive. It will be the on-board computer that indicates the speed to engage when it is going to accelerate again. Starting the engine is up to the BSG.

The electrical network supports the acceleration phases. In addition, there are two modes of energy regeneration in braking and deceleration gases, which are the e-Coasting, when you take your foot off the gas pedal, and e-breaking, when you hit the brakes. 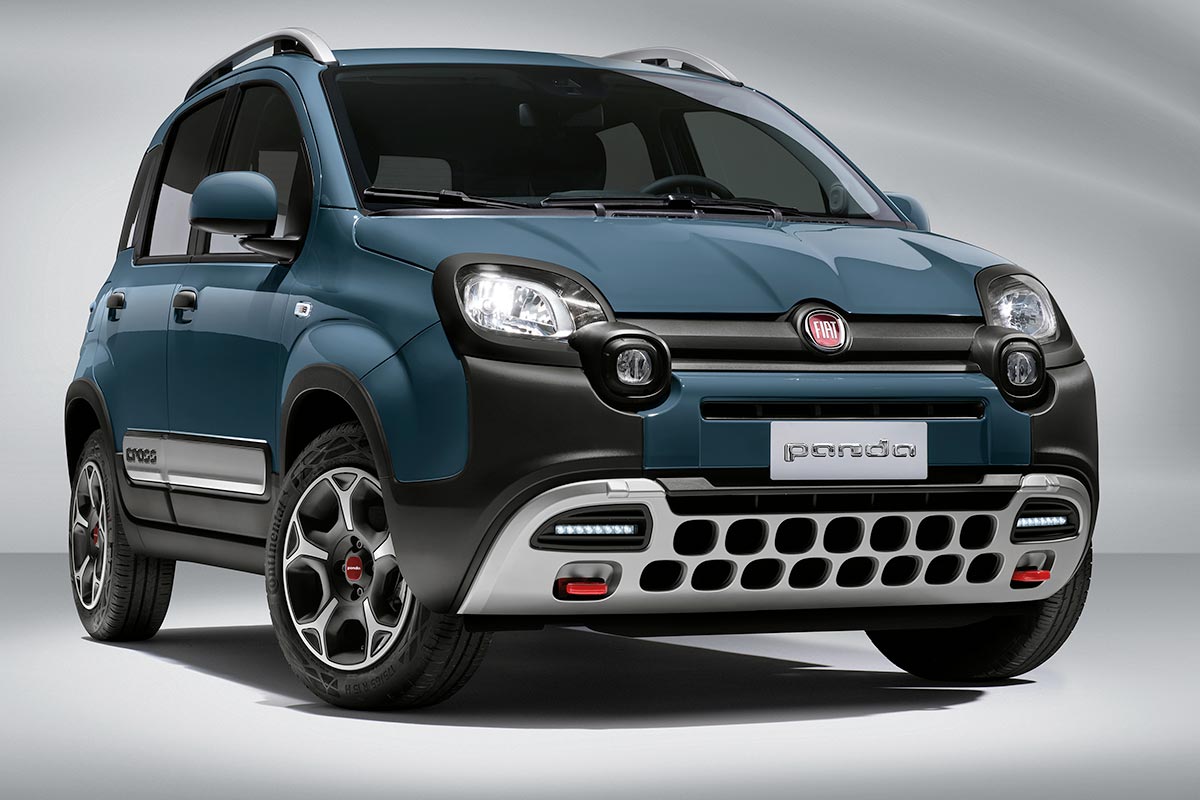 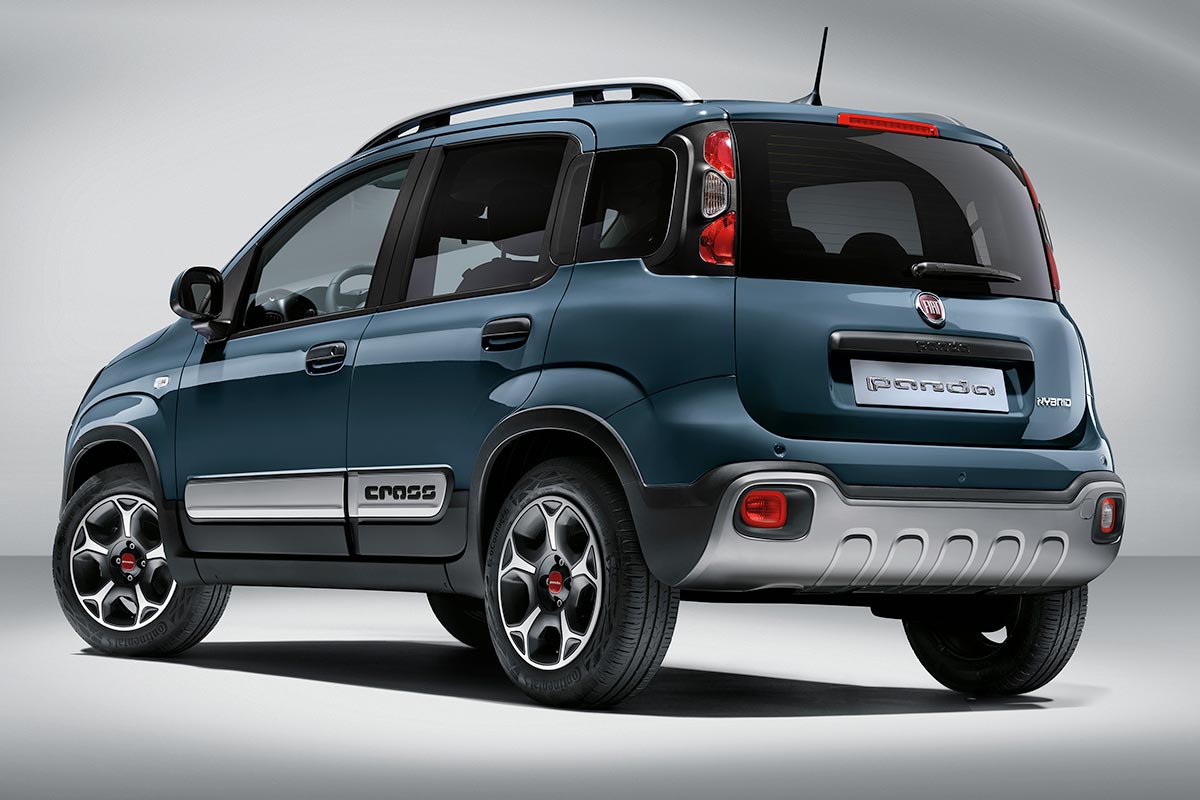 Fiat has not yet confirmed the starting price in Spain of the Panda Hybrid 2020.

02/04/2020
We attended the international presentation of the Fiat Panda Hybrid in Bologna.